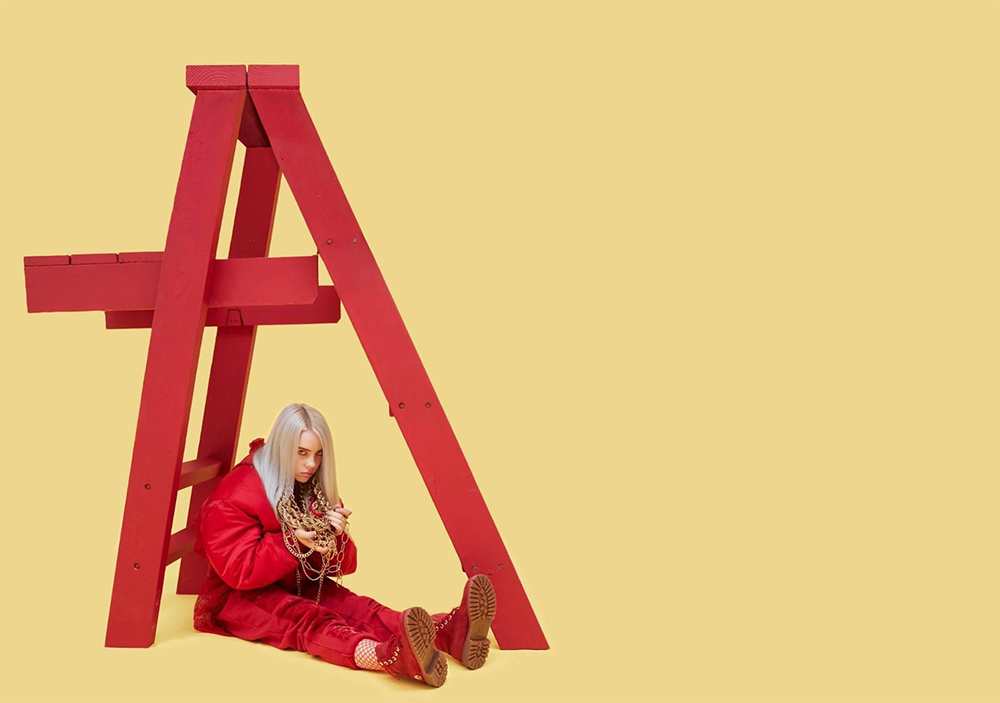 The Teen Millions of Teens Are Watching and Listening To

She’s part Lady Gaga. Part Taylor Swift. And part P!nk. Oh, and she’s all that teenagers can talk about. But what do you expect from a super talented girl whose middle name is literally “Pirate”?

Meet Billie Eilish. She’s got a global audience and it’s time you learned who she is.

Hailing from Southern California, Billie Eilish Pirate Baird O’Connell began turning heads in 2016 when her first single Ocean Eyes became a viral success through SoundCloud (and later via a recording studio). Following the release of her debut EP a year later, Apple Music named her their “Up Next” artist because of the stir she was causing. Her first full length album, When We All Fall Asleep, Where Do We Go?, was released just a few weeks ago…and landed in the #1 spot on Billboard’s 200 Chart! Speaking of her numbers, her music videos have already been viewed over a billion times on YouTube.

Yeah, she’s killing it, but Eilish is almost as famous for her life off the stage as she is on the stage.

For example, in addition to being a vegan, she is ardently anti-drug. In the lyrics of Xanny, her song that references abuse of the prescription drug Xanax (and others), she makes the following observations about her peers who use drugs recreationally:

What is it about them?
I must be missing something
They just keep doing nothing
Too intoxicated to be scared
Better off without them
They’re nothing but unstable
Bring ashtrays to the table
And that’s about the only thing they share

In an interview about the song, Eilish outright condemns drug use among her generation. “I know people around you doing that sh*t makes you want to, but you don’t have to. I don’t want my friends to die anymore. I’ve never got high, I’ve never smoked anything in my life. I don’t give a f**k, I never have. It’s just not interesting to me. I have other sh*t to do.”

That may be a coarse way of putting it, but her stance on the subject of drugs is a refreshing one because it differs from that of so many of her musical colleagues. In a world where so many think getting wasted is no big deal, why would this teenager – who could probably have anything she wants – be so vehemently against drug use?

Maybe it has to do with her struggle against asthma, a condition that never mixes well with drugs because of the inherent breathing restrictions it causes. Or maybe it’s due to the fact that she also suffers from Tourette Syndrome, a condition that reveals itself in verbal or physical “tics.” (After a compilation video of her manifestations appeared on YouTube, Eilish was forced to admit her diagnosis of the neurological disorder.) Or maybe it’s because drugs are harder for homeschool kids to get away with.

Yep, one of the coolest teenagers in America is a homeschooler.

Two things are for sure. First, Billie Eilish has a lot to smile about. Second, she rarely does because she’s just not a fan of smiling. She admits most of the pics on her Instagram account show her wearing a “resting b*tch face” as she puts it. Without a doubt, that calloused exterior is reflected in her music’s messages (much of which is co-created with the help of her brother Finneas O’Connell). For example, bury a friend, one of the songs off her latest album, opens with some strange questions:

What do you want from me? Why don’t you run from me?
What are you wondering? What do you know?
Why aren’t you scared of me? Why do you care for me?
When we all fall asleep, where do we go?

The tune quickly moves in a more morbid direction:

Eilish says bury a friend’s mysterious lyrics “is literally from the perspective of the monster under my bed. If you put yourself in that mindset, what is this creature doing or feeling? I also confess that I’m this monster, because I’m my own worst enemy. I might be the monster under your bed, too.”

Then there’s bad guy, which has racked up 110 million views on YouTube, that seems to be about an abusive relationship Eilish is enduring without too much alarm. Why? Because in the end, she’s the real “bad guy.” She’s much scarier than he is, and even flaunts an image of that reality in the closing seconds of her music video. And we can’t overlook when the party’s over, an emotionally and visually disturbing tune (and music video) that’s been played over 200 million times on YouTube. In this hit, Eilish sings about the frustration that comes with ending a troubled relationship. Lastly, her duet with Khalid entitled lovely is anything but. It’s hard to measure the impact this song has had on youth culture. Not only was it used in Netflix’ 13 Reasons Why, it’s also garnered more than 300 million views on YouTube. The song focuses on the difficulty of escaping the crushing pain of depression and grief.

At first, I thought I may be reading dark themes into her music, but I’m not the only one who’s noticed the almost constant motif of serious angst. The Telegraph ran an article on Eilish and her music entitled Beware of the pop princesses romanticizing death; Billie Eilish and the worrying rise of misery music.

So, should we beware of Billie?

Investigating Eilish
I don’t know what the long term future has in store for Billie Eilish. I know she can sing. I know she is super creative. I know she can stir emotions on a really deep level. And I know millions of kids listen to her music on a regular basis. But before you blindly allow your kids to download her music – or before you force your family to revert to flip phones so no one can get access to her devilish music – I’d encourage a few deep breaths and some understanding. It will help you know what to do with this latest musical phenom…and all those who will come after her.

So here’s a few quick tips:

How would you describe Billie’s music?

What are some themes you see in her songs?

Why do you think she’s so massively popular?

What would it be like to have her as a friend?

What effect does her music have on your thinking? Your identity? Your faith?

There you have it. You’ve been introduced to Billie Eilish and a handful of tools to engage your kids in conversations about truth (three golden ones in that last link—don’t miss those).

What does this look like in your home this week?