The High Risks and Low Rewards of Social Media Use 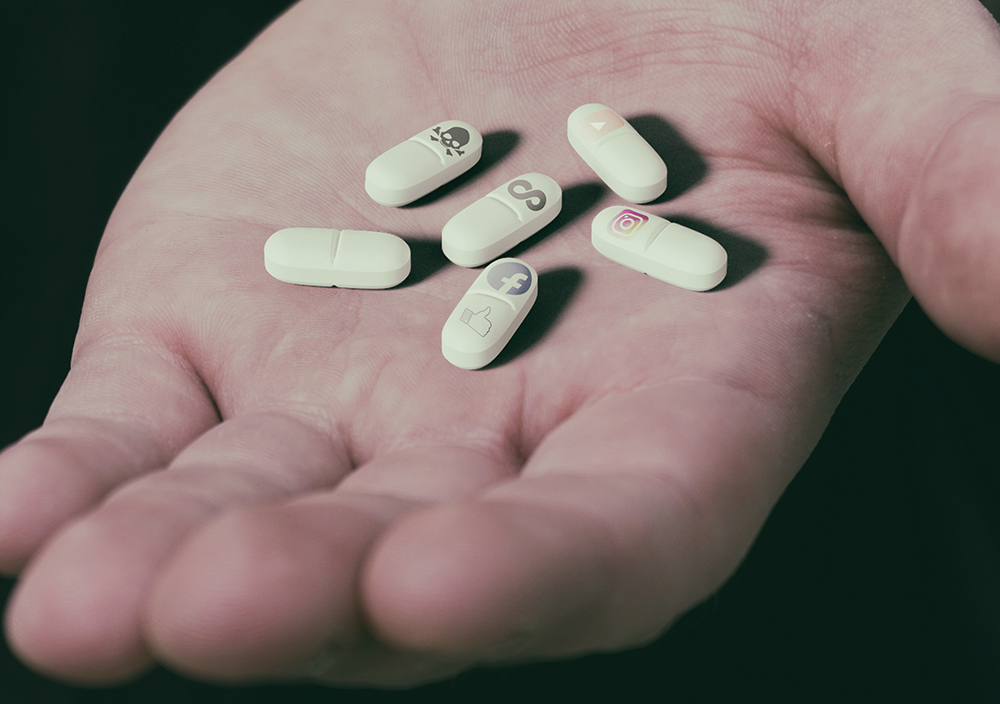 Remember that time when kids found exclusively positive interactions on Snapchat? Or how about when lonely young adults used Facebook to escape bouts of isolation? Or that moment when young people felt really, really good about themselves after scrolling through hours of Instagram pics?

Double Whammy?
A new study published in the American Journal of Health Promotion uncovered what may be a two-pronged problem with social media use. Researchers surveyed almost 1,200 young people at the University of West Virginia about their social media practices, whether their experiences were good or bad, and their perceived level of loneliness. Here’s what they found:

Sounds like social media use can be high risk without much reward….

Even the experts were a little perplexed by their findings. “Social media is, seemingly, about connecting people. So it is surprising and interesting that our investigations reveal social media being linked to loneliness,” said Dr. Brian Primack, lead author on the project. “Because social media is so pervasive, it is critically important that we better understand why this is happening and how we can help people navigate social media without as many negative consequences.”

Speaking of negative consequences, we’ve known for quite a while that social media use can invite unwanted and unplanned problems into teenagers’ lives. For example, heavy use of social media has been shown to alter kids’ emotions and mental health. Then there’s that really ugly side of Instagram that no filter can fix. And earlier this month, new data linked selfies – the staple of social media platforms– with narcissism, addiction, and mental illness.

It seems like there’s a lot of social media-related negativity for our kids to avoid. Is it even possible to sidestep all these issues when kids are so attached to social media? Could social media be too dangerous for our kids?

While no plan is completely bulletproof, there are definitely some strategies we can put in place to greatly reduce the risks associated with social media use. Here are three very simple ideas.

Monitor what happens on their feeds. No, you don’t have to become a snoop, nor do you need to be sneaky. Just make sure you follow your kids on their various social media platforms so you have a vague idea what they’re scrolling through on a day-to-day basis. By the way, this goes way beyond just checking out the pics your kids post. For starters, you should probably read through the comments section to ensure your kid isn’t experiencing cyberbullying of some kind. Beyond that, you might want to look at the nature of the interaction between your kid and their social media “friends.” Is it respectful/disrespectful? Encouraging/demeaning? Helpful/destructive? You gotta know what’s going on if you want to guide them, and the only way to know what’s going on is to monitor what happens online to the best of your ability. And hopefully, as your kids get older, you’ll be able to monitor less and dialogue more (What author Jonathan McKee calls “the segue”). And that brings me to my second suggestion…

Talk with them about their social media use. Take the time to have frequent conversations about what you notice on their social media accounts. Make sure to point out the good instead of only focusing on the bad. As you stay in tune with their interactions, you can praise them for modeling wise choices or helping quell disputes, etc. You can also draw their attention to friends who may need encouragement. As often as possible, use what happens in their online lives to discuss their real world lives. Use articles and stories you see in the news to dialogue about choices and consequences, helping them to think before they click. Use books like The Teen’s Guide to Social Media & Mobile Devices to dialogue with them about what they’re posting, who they’re friending and what they’re streaming.

Establish social media guidelines that will prevent problems. Again, there probably isn’t a totally perfect plan, but there are some no-brainers that should be considered (for example, no social media use after bedtime). In addition to monitoring the “content” on social media, make sure to give thought to the amount of time spent on social media, too. Some families even go so far as to take a break from social media on a weekly basis. They just choose one day of the week and log off. Whatever you do, make sure you have as much buy-in as possible; that will ensure the most success when it comes to implementation.

You don’t have to make your kids delete their social media accounts to help them navigate the pitfalls. But you shouldn’t just turn them loose with their smartphones completely unchecked. Stay as involved as possible and that will go a long ways toward limiting the risks.