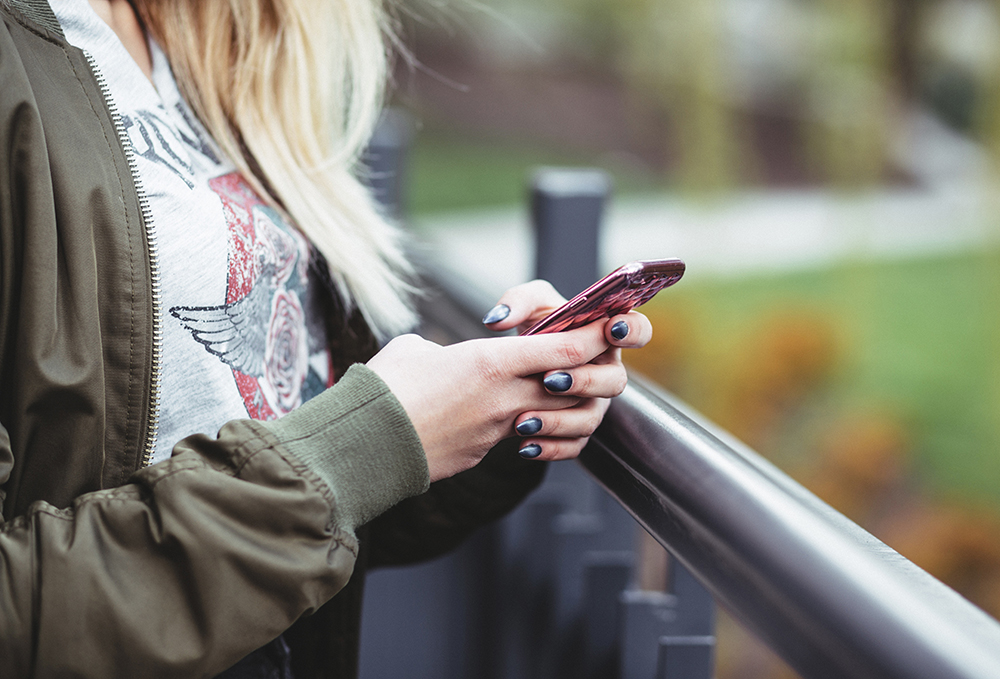 The following is an excerpt from Jonathan’s brand new book, The Bullying Breakthrough

Haley is a school counselor at a high school in California.

She is just 24-years-old, and she loves her phone.

I asked Haley how many of her counseling sessions have to do with phones or social media and she laughed, “Seriously?”

When she finally realized I wasn’t kidding she said, “All of them. If they aren’t the cause of the conflict, then they certainly are an element in it. It’s just the way young people communicate today.”

“How different is it from when you were in high school just a few years ago?” I asked.

“It’s a whole new world.” She said. “A few years ago my friends and I enjoyed our phones—these kids can’t live without them. Some of them can’t sit through five minutes of my sessions without whipping out their phones like I’m not even in the room.”

“How much do devices contribute to bullying?” I asked, cutting to the chase.

“They’ve made it far worse,” Haley said. “It doesn’t stop at school. It blows up overnight and we have to defuse everything that was said for the sixteen hours they were throwing hate off campus.”

“Last month someone posted a ‘nude’ on the school’s Instagram account, which they still don’t know how that happened, by the way. Anyway, the picture was a selfie from the neck down and the caption said it was a sophomore girl from the school…which it wasn’t. But that didn’t matter because the whole school thought it was. She finally switched schools.”

Cyberbullying is a new level of hurt.

What is it about cyberbullying that is pushing so many young people past the tipping point?

Digital communication experts from Common Sense Media define Cyberbullying as “the use of digital-communication tools to make another person feel angry, sad, or scared, usually again and again.”

Then how come most young people don’t necessarily label this kind of mean digital communication as ‘cyberbullying?’

I asked a local psychologist this question and he answered without a second thought.

“It’s because they don’t know anything different.”

This particular therapist I interviewed works with a wellness program providing “Tier 3” counseling in local schools. That’s when a student’s depression or acting out becomes severe enough that the school feels the student needs to meet with a therapist. This program provides counselors who meet with the student one-on-one on campus for ten sessions, then the family for three sessions. He and his counselors deal with the repercussions of cyberbullying consistently.

“We see this all the time,” he said. “Adults know what it’s like to live life without tech, but students have never experienced a world without it. So the pressure of measuring up and being ‘liked’ is just normal for them. Yes, it’s adding to their stress in unprecedented ways, but they just don’t know any different.”

It’s easy for us to forget how different our perspective is. Most parents today were lucky to only have to endure this kind of drama or teasing from about 7:30AM to 2:30PM on school days. But now our kids are never free from the constant pressure of garnering “LIKES”, enduring comments and navigating mean posts and rants. Bullies now have a platform where they can make lives miserable 24/7.

We now live in a world where the overwhelming majority of young people carry a device in their pockets constantly reminding them exactly where they rank at any moment compared to everybody else.

Think about it. When kids post a picture of their dog Jake sleeping upside down on the coach, within minutes they’ll know exactly how many people “LIKE” the picture, a number which can easily be compared to not only other pictures they have posted, but also to the pictures that all their friends have posted. Not to mention, their “friends” or “followers” are also represented by a number…and young people know exactly what that number is, because that number equates value today.

How many “friends” do you have?

How many “LIKES” do you have?

Our kids live in a world where popularity is represented by a number, and almost every post they create is judged, critiqued and measured.

I don’t want to go into too much detail, but a growing number of studies have emerged on this subject revealing some pretty eye-opening realities, like kids sitting and watching for “LIKES” in real time after posting something, or removing any posts that don’t garner enough “LIKES.”

It’s all about the likes!

We might be horrified by this…but young people don’t know any different.

One of the wellness counselors I interviewed explained, “To us mean comments on social media might be ‘bullying’, but to them it’s just a whole different version of being popular. Being liked is a lot of work.”

Young people today are experiencing the life of a 90’s celebrity. Everywhere they went, these celebrities were followed by a set of eyes who judged them by their appearance, their day-to-day activities, even their offhand comments. All were subject to criticism.

So cyberbullying is becoming a blurry line. Is it really cyberbullying, or was that kid just being a little rude?

“I was just being real!”

Consider the concept of “diss tracks” in hip hop culture, songs written with the intention of “dissing” or disrespecting people. Artists most young people treasure like Kendrick Lamar, Emenim, Jay Z and 2 Pac are famous for some of their diss tracks “laying waste” to other big name rappers.

So why not “lay waste” to other kids at school if we don’t like them?

And what better place to “throw shade” than on social media.

Sadly, cyberbullying is so pervasive… it is the norm. Whenever someone posts a YouTube video garnering heavy traffic, criticism is unavoidable.

“I wanna mute this”

People are mean in the comment section. It’s like they can’t help it. Maybe it’s because they are hiding behind a screen name and they don’t have the guts to say it face to face.

It happens quite often today. It did with Emily, a junior in high school I interviewed who had become a target of a group of “mean girls” at school. They wrote things on her locker, they shouted things from across the hallway, never having the guts to confront her face to face. Then Emily would get pinged on social media from anonymous sources saying, “Yeah, that was me today!”

But kids like Emily don’t usually tell Mom or Dad.

And the kids who targeted her definitely don’t talk with their parents about what’s going on.

And the kids who observe from the sidelines don’t really know what to do.

The bullied, bullies and bystanders. Which kid is yours?

Are you engaging your kids in conversations about this reality? 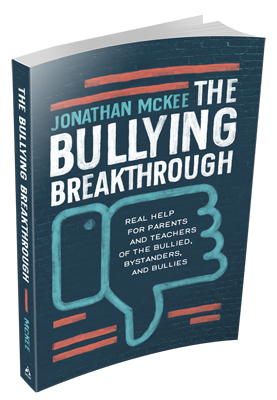 If you found this article helpful, you’ll enjoy Jonathan’s book, The Bullying Breakthrough, where he not only reveals the warning signs that bullying is occurring, but also unveils three practices that actually prevent cyberbullying.

The Bullying Breakthrough is available on Amazon right now!