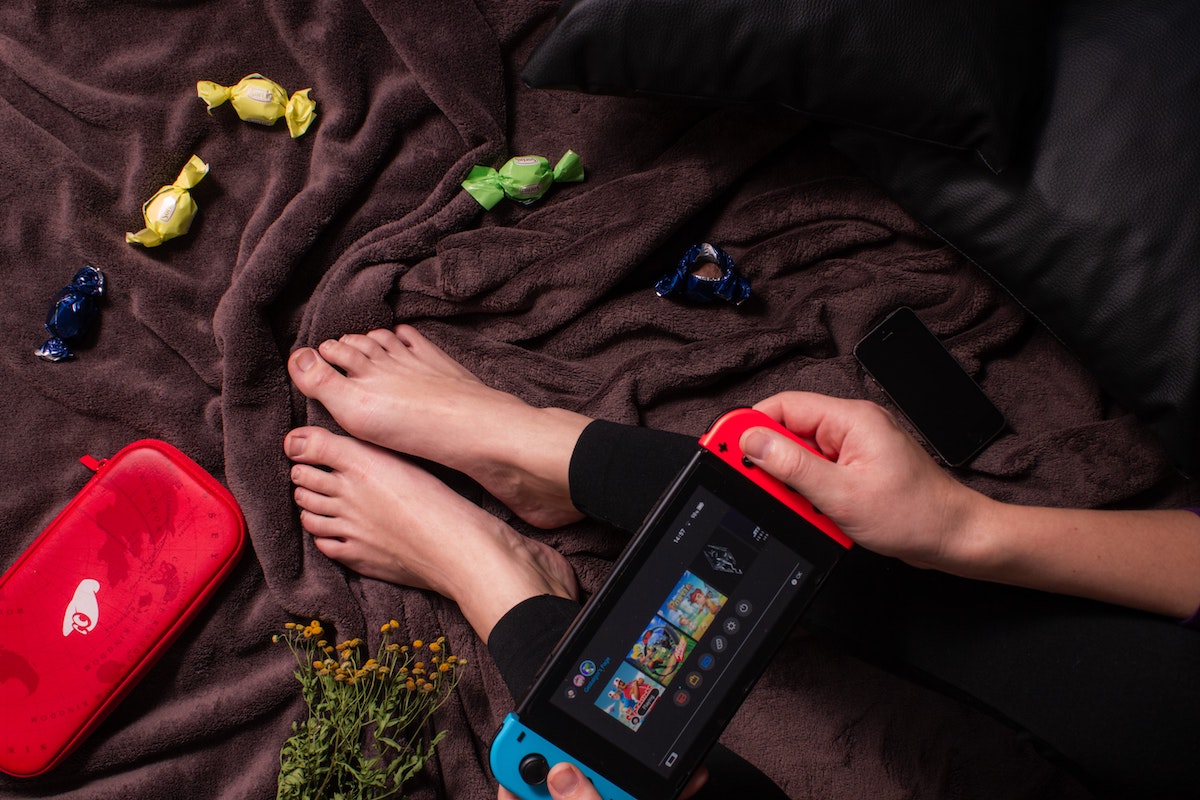 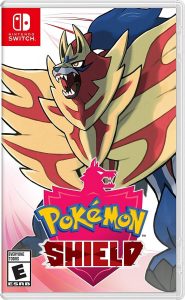 Game Description:
Every portable Nintendo console has a new Pokémon game. And at last, the one for the Switch has come out: Pokémon Sword and Pokémon Shield, the latest in GameFreak’s series about catching, training, and fighting cute creatures called “Pokémon,” in a world where many others do the same and strive to be the best Pokémon trainer ever.

(If you want to learn more about Pokémon 101, I covered that here in my review of Let’s Go Eevee. There’s a lot from that game that carries over into Shield, so I’ll try not to repeat myself too much.)

Like with Let’s Go Eevee and Let’s Go Pikachu, Sword and Shield do have some differences between them, but broadly they are the same game. So, you can consider a review of Shield to cover most of Sword’s major aspects.

Violence:
Like all Pokémon games, fighting Pokémon trainers is the central concept. Unlike Let’s Go, one must also battle wild Pokémon in order to catch them, so these fights happen much more often.  But they’re all cartoony, and Pokémon only faint, never die.

Spirituality:
There are ghost-type Pokémon, but aside from that, none.

Miscellaneous:
Like the first game, reading is essential to understanding the plot, which is something you should know if you have very young kids. Seriously, when is Pokémon going to have a text-to-speech setting? It would do wonders for not only young children, but visually-impaired players. Speaking of accessibility, there are a few options in Shield for those who need it—“Casual Controls” makes the game easier to play with one hand—but, in my opinion, not nearly enough.

Also, you might remember in my Let’s Go review that I wasn’t a fan of how you catch Pokémon. The motion controls are a real bar to entry to disabled players, and those with hand/wrist problems (like I used to have).  So, I’m super happy to report that the way Pokémon are caught is completely different in Shield: instead of motion controls, catching Pokémon is more button-based like the rest of the game, and much easier on the hands. Go Nintendo! This is a great change.

Positive Elements:
Shield is super child-friendly, and amazingly cute. In addition, the graphics are beautiful, the battles are fun, and the Pokémon are adorable. Its story is a touch more mature than Let’s Go, but just a touch.

I also enjoy the online elements of the game, which seem to have been brought over from Pokémon Go (which I hope to cover in the future). Like all Pokémon games, you can trade your creatures with other players, but Shield is a step up—there’s online competition, player raids, and more. It’s fantastic.

Also, you can make curry in this game. Excellent.

A Child’s Perspective:
A cartoony, adorable game with a variety of creatures to befriend, from cute to fierce to feared to calm? There’s something to love here for kids of all sort, and I think the slightly-improved story will bring in the cynics.

Reviewers Thoughts:
I really enjoyed this game. Its kid-friendly nature made me young again, and I fell in love with the variety of Pokémon. Exploring the world and encountering more characters and creatures is a joy.

However, I do have one criticism. Mainly that Hop, the rival character, is super flat. Hop is basically the same character as you, with nothing very intriguing about him. It makes the rivalry between Hop and you super boring. (This is a criticism I have of Let’s Go as well—better late than never, I suppose!)

The most interesting thing to me about Shield is that it carries over so much from the Let’s Go games: sound effects, animations, graphics, and more. It makes Let’s Go seem like a test for Shield’s game engine. A lot of fans have been angry about this, but personally, I don’t mind that much. Sometimes assets and animations have to be reused for a game to be made well, and that’s ok.

Overall, I enjoyed Shield quite a bit. I encourage you to pick it up for yourself—go catch some Pokémon, and have fun!