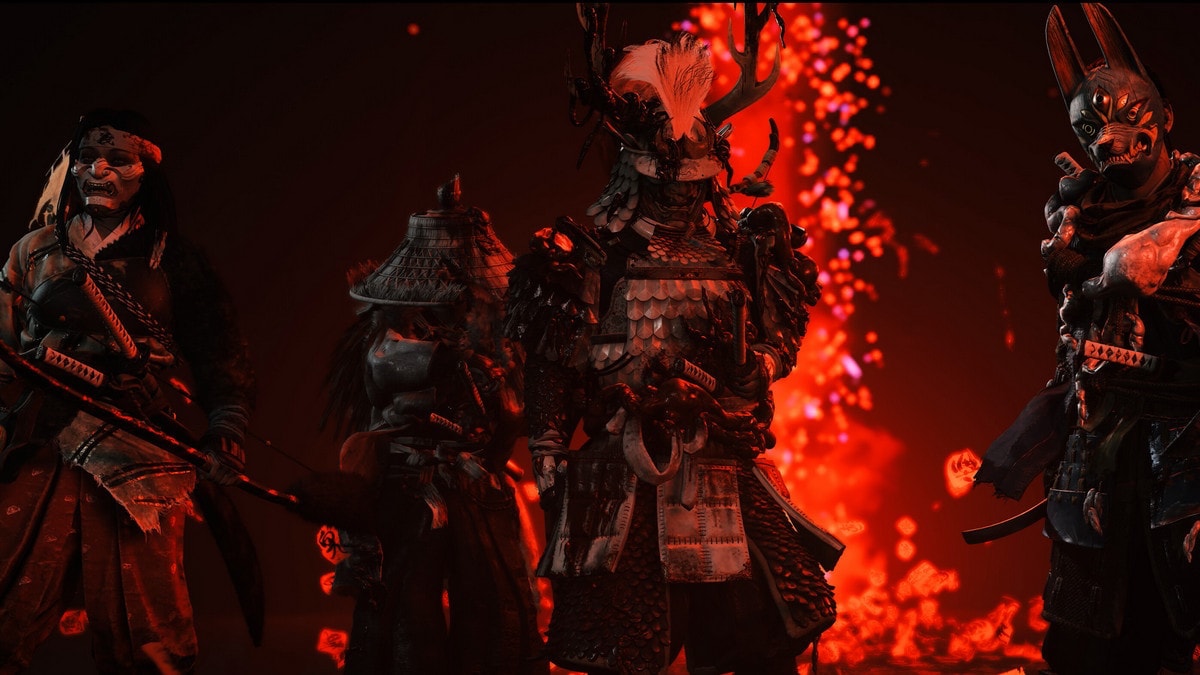 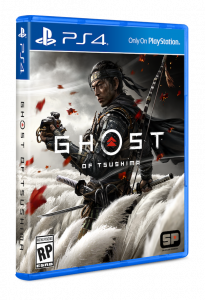 Game Description:
In the days of Samurai, on the island of Tsushima off the coast of mainland Japan, the Mongols launched an invasion of Japan. A small group of Samurai met them on the coast to repel them, but they were quickly and brutally destroyed. All, that is, except one: Jin Sakai, nephew of the leader of the Shimura clan. His  moral code, with which he was brought up, dictates he fight the Mongols head-to-head, in fair combat, and best them with honor. But he quickly discovers that the Khan has studied the ways of the Samurai, and knows how to exploit his tactics. Defending against his violent imperialism and keeping him from the Japanese mainland will require Jin to bend his rules of war, and in doing so, put his honor and his very soul at risk.

Ghost of Tsushima is based in historical fact (specifically the Mongol invasion), but is a work of historical fiction in which the player, as Jin Sakai, becomes an icon of resistance to the people of Tsushima and helps lead a military resistance against the Mongol’s conquest of the island. The player explores the entire island of Tsushima, helping people and fighting enemies. Combat is primarily fought with a katana, though there are also other weapons such as a bow, throwing knives, bombs, and poison darts.

The idea behind Ghost of Tsushima is to essentially create an interactive Kurosawa film. Kurosawa is an influential Japanese filmmaker from the early days of movies, and created a great number of classic films that went on to greatly influence the Western genre. Ghost of Tsushima takes every opportunity to frame its visuals cinematically, and the environments are exaggerated to gorgeous effect. Every field is full of colorful flowers, every forest is raining with bright red leaves, every sunset bathes the world in orange and gold. It’s no wonder it was as highly anticipated as it was; its beautiful presentation drawing from the filmic tradition of Samurai films is a solid base for an open world action game.

But it is rated M, which means it’s not for everyone. Let’s take a look.

Violence:
The player will spend a lot of time killing people with swords in Ghost of Tsushima. This doesn’t generally come with gore or dismemberment, but does include a lot of blood, screams of pain, and dramatic blood-splattered death scenes. Jin will slash and stab his way through hundreds of people throughout the course of the game, mostly using these methods.

Later, when Jin is drifting further from the Samurai code, he will gain access to poison darts that cause enemies to vomit blood and die on the spot. In one particularly brutal cutscene, a ton of people are poisoned and litter the ground covered in blood. In some other cutscenes, limbs and heads are severed.

Some environments include brutalized dead bodies laying on the ground, impaled on spikes, or blackened in burning buildings.

Language:
Mild language such as “damn” is used on occasion.

Sexual Content:
Very little. The player can rest in hot springs to increase their survivability in battle, and when they do Jin is seen with an exposed backside as he steps into and out of the pool. There are a couple non-graphic references to sexual relationships (i.e. “you could have riches, women,” a discussion of an extramarital affair).

Spirituality:
Since Ghost of Tsushima takes place in 1200s Japan, there are references to the traditional religions of the region. The player spends multiple quests defending temples with Bhudda statues and relics. Reaching Shinto shrines grants the player with rare equipment. The player can also find foxes who lead them to shrines, which can be honored to grant more equipment slots.

Despite these elements of spirituality, the game shies away from actually including overtly spiritual elements. There are minor romanticized things, such as the wind guiding Jin to his destinations (symbolic of his late father’s guidance as well as the storm that historically brought down the Mongol invasion), but only one overt instance of ambiguously magical events (centering a supposedly cursed bow that the player can optionally obtain).

There are many rumors of supernatural events, such as wandering demons and haunted forests, but they always turn out to have practical explanations.

Misc:
The central conflict of the game is about Jin’s moral code being too restrictive to effectively fight off the Mongol invasion. The focus on this moral conflict means not everything Jin does is above reproach, especially as the story goes on; it begins with his discomfort with sneakily killing enemies rather than challenging them to fair combat, but ramps up to poison and large-scale sabotage.

There are also many stories, both as part of the main storyline and optional side stories, that center on revenge. This is framed as part of the honor-based society in which they live, where punishing the wrongdoing against you is part of maintaining your honor, but the game makes an effort to show how self-destructive revenge can be as well.

Positive Elements:
The game’s message about flexibility in moral codes is intentionally coded in shades of grey, but this means there are many positive things to be gained from it. These are important questions to ask ourselves, even when basing our morality on biblical concepts; the world is complicated, and examining how we determine our hard moral limits is a worthwhile endeavor that this game encourages us to grapple with.

Reviewers Thoughts:
Ghost of Tsushima is a game whose biggest failure is, more often than not, its lack of meaningful innovation. The open-world stealth/action genre has been done to death at this point, and Ghost of Tsushima makes little effort to change up a proven (and kind of tired) formula. Some small touches help, such as the use of wind to guide the player, but overall it’s a fairly typical experience for its genre.

But when that’s the biggest problem, it doesn’t take much to outweigh it. What Ghost of Tsushima lacks in original gameplay, it makes up for with a gorgeous world, a compelling story, and such outstanding visual design that every frame could be framed and hung up in your living room without anyone raising an eyebrow. The game even has a robust photo mode, allowing the player to pause at any time and move the camera around to frame a shot, even applying filters, changing the time of day, or adding other effects to get the perfect picture. The screenshots people have gotten of this game are often breathtaking.

Aside from being a bit generic in the gameplay department, there’s nothing really wrong with Ghost of Tsushuma; it’s fun to play, it’s got plenty of interesting content, and its story is emotive and compelling. It’s a solid adventure with a few standout elements. It won’t be overtaking any of my favorite games, but it was a great experience that I’m glad I played.

Of course, the content does gate it a bit. The bloody violence and mature concepts in the story make it a bit much for younger or more sensitive audiences, so you probably want to leave this one for yourself or the teens in your family, if you think they’re mature enough for it. If so, I’d say it’s worth the time and money. 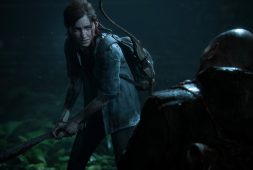