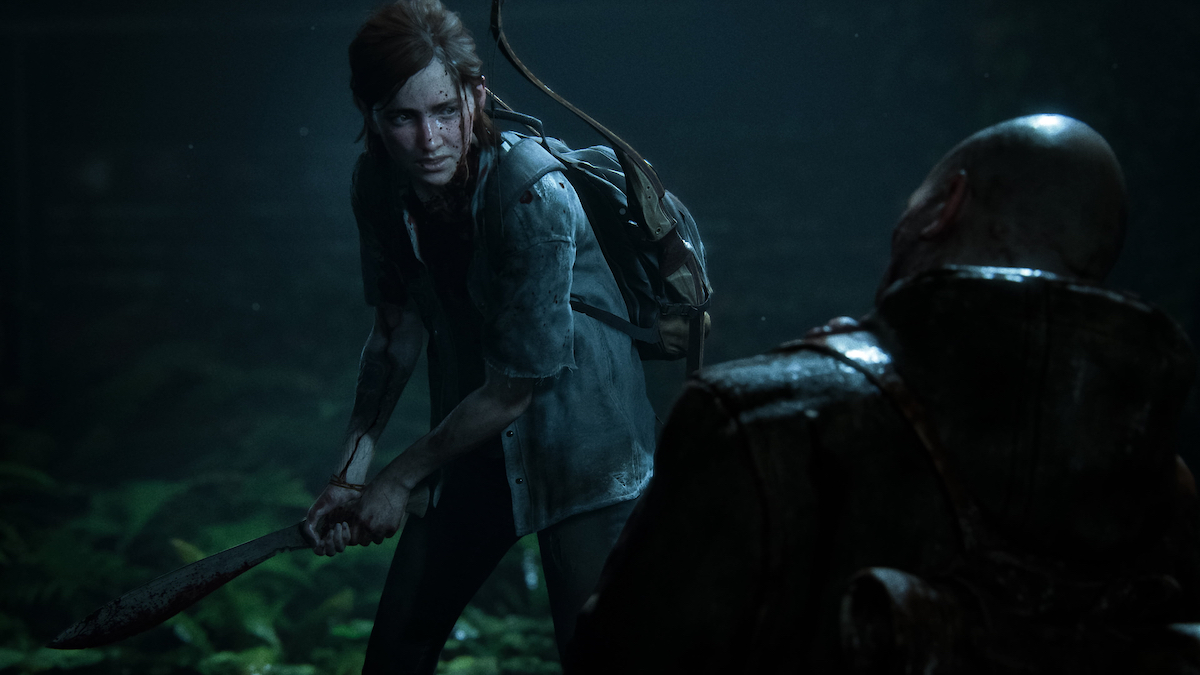 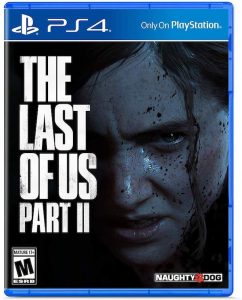 Game Description:
In 2013, game developer Naughty Dog released The Last of Us, a post-apocalyptic game that captured players with its cast of beloved characters, extreme attention to visual detail, and compelling story about the edges of our morality when people we love are at risk. The ending in particular shocked players, with an open-ended finale that haunted players even years later. And now, we get a continuation in the form of The Last of Us Part II.

You can know what to expect, to an extent, from this game.  Naughty Dog games are always lightyears ahead of the competition in their visual fidelity, motion-captured actor performances, and gorgeous, meticulously detailed visuals. They’re also heavily focused on storytelling, featuring hours of cinematic scenes, emotional and complex character development, and lots of gameplay time exploring environments while characters talk and bond. The fact that it takes place in a post-apocalypse with fungal zombies feels secondary.

But what’s more, this sequel promises to be a dark, harrowing tale of revenge and self-destruction. It was clear from the earliest trailers that something has gone horribly wrong, and Ellie, the 13-year old girl from the first game, will be faced with some horrifying things, and may become a monster herself. So let me save you some time and say that if you’re looking for a game for your preteen, this is not it. But let’s go into more detail, for yourself or your older teen.

Violence:
The Last of Us Part II is ostensibly a third-person shooter, meaning the game is played watching from over the shoulder of the character the player controls while they shoot enemies. Functionally, it’s as much a stealth game as a shooter; the player will spend a lot of time sneaking around an area, either avoiding combat or killing enemies with up-close, quiet methods.

Usually, this means the violence is limited to gunshots and slit throats. But it can occasionally be more intense. Throwing a bomb at an enemy’s feet can blow them into bits, and various limbs can be seen strewn about. Some heavy melee weapons can stab or smash enemies with gruesome results. Humans will audibly gurgle with blood when killed. The infected (humans who have been killed and taken over by a fungal infection, like zombies) can take chunks out of the player’s neck, and one encounter with a particularly powerful monster can straight-up snap the player’s neck like a twig.

Cutscenes include some of the more graphic violence, including images of a bloodied man beat within an inch of his life, corpses hung from ceilings or strung up on poles, and multiple stab wounds to various parts of the body.

What’s particularly of note is that The Last of Us Part II, unlike most games, wants the player to be uncomfortable with the violence they’re inflicting, and as a result even the relatively tame violence can often be rather upsetting. Enemies will beg for their lives, faces twisted in fear, before you slice their throat, and with the detail Naughty Dog gives their games you can all but watch the life fade from their eyes. The violence in this game isn’t always as graphic as it sounds, but even when it’s not, it’s disturbing.

Language:
The F-word and pretty much all manner of lesser profanities make regular appearances in The Last of Us Part II. Prepare for a lot of adult language.

Sexual Content:
In one scene, a man and a woman begin to have sex; this scene includes breast nudity and a fairly graphic image of the man behind her before cutting to black. Sex is also implied after kissing in another scene.

Spirituality:
Part of the game involves a cult called the Seraphites. They believe in a “Prophet,” who was martyred years before the game takes place. The details of their spiritual beliefs aren’t explored in-depth, just a few scraps of their teachings quoted now and again, but they have violent practices (said by one character to be a perversion of the prophet’s teachings), strict gender roles (a character is outcast and hunted for being trans), and strong, violent consequences for deviation.

The player occasionally encounters shrines, with prayers and requests written on sheets of paper and pinned up around an image of the prophet.

The game includes instances of homophobia and transphobia, sometimes violent, directed at the main cast.

Many characters, including the protagonists that the player controls, do terrible things with morally dubious (at best) motivations. It’s also worth noting that this isn’t a game where the player chooses what they do; it’s a linear story where the player acts out the choices of its characters, and those choices are often morally indefensible. The game absolutely knows this, and grapples with it extensively, but it is still a factor.

And I cannot stress enough, this game is dark and violent, and intentionally distressing. It isn’t “fun” so much as stressful and upsetting. This is intentional, done for the sake of the story it’s telling, but it’s still very much an element of the experience that some might not appreciate or handle well.

Positive Elements:
The Last of Us Part II is, ultimately, a game about forgiveness. It gets there on a path of revenge, violence, arbitrary destruction of life, and self-destructive obsessions, but it is there. It’s a game that has generated a good deal of discussion of its characters, themes, and ethics, and can certainly inspire such conversations with your teens if you play it with them.

Reviewers Thoughts:
The Last of Us Part II is a complicated game on which many people have many thoughts.

I cannot stress enough how unpleasant this game is. And that may sound like a criticism, but it’s not. . .not exactly. Many of the best, most impactful and well written stories tackle difficult subject matter, and use it to say something important. The Last of Us Part II strives to be such a story, and while your mileage may vary, I think it succeeds. At the very least, it succeeds well enough to greatly inspire some, even while others find it overbearing or just too dour.

That’s not to say it’s completely without humor, hope, or enjoyment. The interactions between characters are often lively and fun, the game is visually stunning and packed with gorgeous vistas, and there are a great number of legitimately heartfelt, emotive moments. It’s just all packed into a story about obsession, revenge, and self-destruction, and unlike most action games, it wants the player to really feel the gravity of that violence. And one could absolutely argue that’s a good thing; usually we have to look to small-scale indie games like Undertale or OFF, or the rare AAA game like Spec Ops: The Line, to see violence treated negatively. In a sea of games that treat violence like a foregone conclusion, a necessity, even a joy, we are long overdue for a major game release that thoroughly presents it as the unnecessary, horrible, disturbing thing it is.

That said, this review is primarily about whether your children should play it, and the short answer is absolutely “no.” The longer answer is the usual “it depends on the maturity level of your older teens, and whether they can handle this game’s content.” The content in this game is, in many cases, exceptional; exceptionally violent, exceptionally upsetting, and for one brief scene, fairly sexually explicit (by typical video game standards, at least; it would be entirely normal in an R-rated movie).

As such, a recommendation comes with a few big caveats. I absolutely believe there is value to be found in The Last of Us Part II, even through (not despite) its mature content. But that content also means that children will absolutely be overwhelmed by this game, and even older players may not find much behind the stress, depravity, and tragedy of it all. Whether to brave that for the plentiful nuggets of truth and meaning within the game is your choice to make.