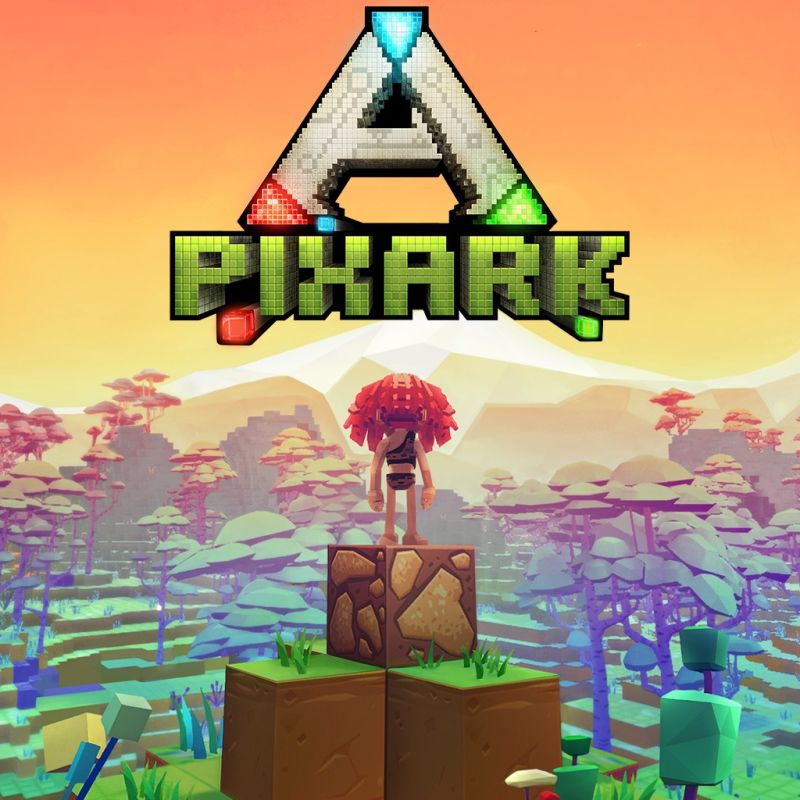 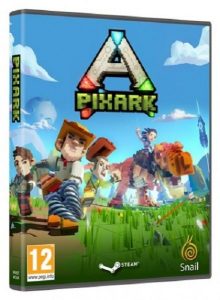 Game Description:
The success of Minecraft brought many open-world crafting games in its wake, some better than others. A stagnant genre was suddenly full of new entries, as game developers were inspired to make their own take on the genre.

PixARK is one of those games. In PixARK, you must survive on an island full of dinosaurs, making your way up from primitive, naked human to dinosaur tamer. . .Wait a minute, does that sound familiar to anyone else?

Though PixARK is a spinoff game of Ark: Surivial Evolved, a game I’ve looked at in the past, it is not a different game. In fact, it’s pretty much the exact same game as Ark: Survival Evolved, just with different graphics and a new price tag. Yep, the same game was released twice in a new format, and they charged money to experience it again.

With this in mind, I’ll try not to repeat myself too much from my Ark: Survival Evolved, and focus on the things that have been added between games. If you want to learn more, check my review on that game.

Violence:
Unlike the first game, where you see the world from the perspective of your character, you view the game from a third person camera that is high up in the sky, with your character down below. This affects all aspects of the gameplay, but especially the violence–it’s not up close and personal this time, but more distant and “playful.”

The game’s graphics majorly contribute to this too: instead of a realistic art style, the games environments and animals are now in a “voxel” style (a 3D, pixelated art style). Everything is more cartoony, from the animals walking around that look like plush toys, to the vibrant colors decorating the world.

Sexual Content:
None, aside from starting the game in underwear. Though I did find out you can sterilize your dinosaurs, so. There’s that.

Miscellaneous:
Not too many accessibility options here, unfortunately, aside from switching up the controls. I was hoping to find options to change the brightness and color, since I found the buttons hard to see, but nope.

Just like the last game, the graphics look horrendous on Switch. But even worse, the port makes it clear that the game’s User Interface (the menus the player uses to level up, craft items, etc.) was not made for Switch. The menus are hard to navigate, and hitting the right button is often difficult because of how many are on screen. The game does have touch controls, but this is still a glaring issue.

I also experienced long loading times on Switch, and a lot of frame dropping–multiple times during my playthough; I would click a button or move the analog stick, and the game would freeze up for a few seconds or longer. It’s unacceptably bad, and a bit shocking that a major title was released in this state.

Positive Elements:
The game still has bright and vibrant colors, and is fun (but aimless) to explore. I also appreciated there was a tutorial this time, and it’s a simple one, teaching you which button does what action.

Though the character creator isn’t as over-the-top this time, the ability to choose the colors of your hair and eyebrows is a nice touch. I gave my prehistoric human vibrant aqua hairs.

A Child’s Perspective:
If your kid likes Minecraft and dinosaurs, and hasn’t played the original Ark: Survival Evolved, they’ll like PixARK.

Reviewers Thoughts:
I cannot emphasize this enough: PixARK is the exact same game as Ark: Survival Evolved. Not a spinoff, or a new product–the exact same game, with the same mechanics. The only difference is the quest system, which steers the game toward more fantasy elements, and the graphics, which make the game more derivative of Minecraft than it already was.

I’m honestly disappointed. This could have been an interesting spinoff game. But no, they just decided to release the same game again, but more pixel-y this time. It really reads as a cash grab, trying to get money from kids who like Minecraft’sart style.

Even worse, because the game is exactly the same, the negative aspects of Ark have not been fixed in any way. The game still feels grindy and repetitive, and nothing’s been done to fix that. It’s the same game, flaws and all, just with a new coat of paint.

If you’ve purchased Ark: Survival Evolved, do not purchase PixARK. Otherwise, if it sounds interesting, give it a try. But go in cautiously optimistic.