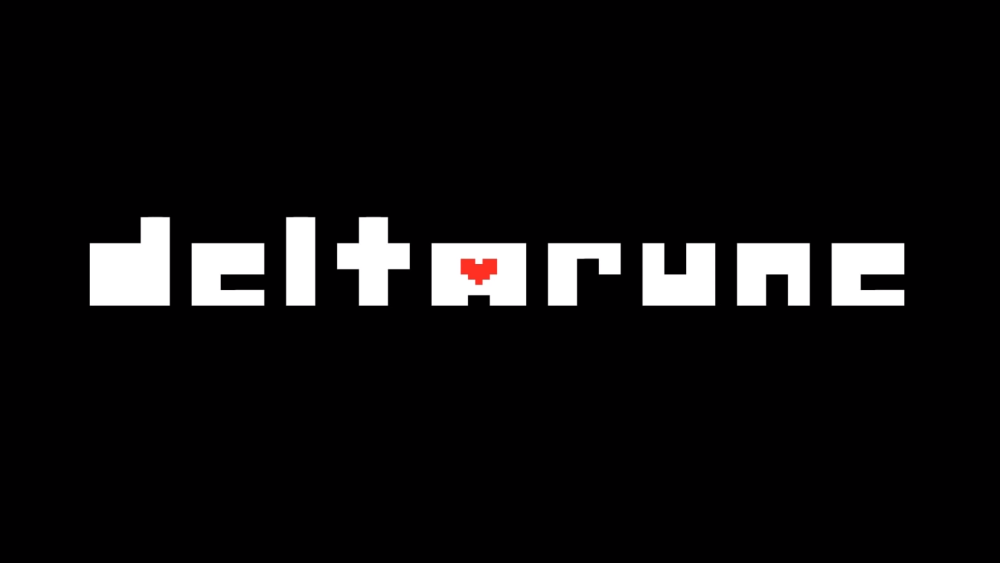 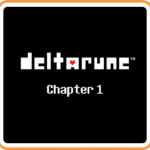 Game Description:
Back in 2015, a little game called Undertale came out of nowhere and took the gaming world by storm. Critics praised its unique subversion of genre conventions, players gushed over their emotional connections to the game’s world and characters, and everyone marveled over the fact that pretty much the entire game was made by a single, disgustingly talented person named Toby Fox.

Now he’s released the first chapter of his follow-up, Deltarune, for free. The basic format is familiar to Undertale fans; two characters find themselves falling into another world of monsters and puzzles, in which they must defend themselves but find they can manage without violence. The old-school pixelated art style is intact, the familiar soundtrack returns with a number of new songs and remixes, and the heartfelt dialogue with its distinctly millenial sense of humor is back in full force.

Despite all these similarities, Deltarune appears to be somewhat cynical of Undertale’s relentlessly hopeful attitude (or at least, of the pacifist storyline that Undertale become famous for). The player has to actively make an effort to stop enemies from getting hurt, and it features characters and situations that may not be able to be resolved without violence. If it seeks to deconstruct Undertale’s idealistic worldview, or at least re-examine it, it’s off to a pretty good start, and time will tell where future chapters take this story.

But for now, let’s see if the game is appropriate for your children.

Violence:
Undertale’s pixelated art style makes it impossible to have any particularly graphic imagery. Battles include the player characters lashing out with weapons while enemies simply shake in response and lose health. When enemies attack the player, it plays out with the player controlling a heart and trying to avoid various movements and projectiles that cause damage.

This doesn’t mean the game can’t occasionally be kind of distressing–there’s an early scene where someone threatens to bite off the protagonist’s face as their smile spreads into a sharp, toothy smile–but the violence is very mild. And, for that matter, entirely avoidable since the player can choose never to attack their enemies.

Language:
The game includes a few occasional uses of “ass” and “damn.”

Sexual Content:
One of the nonviolent options for dispatching some enemies is “flirt,” and there’s optional dialogue with two of the characters trying (and failing) to flirt. There is no sexual imagery or dialogue.

Spirituality:
Like Undertale, Deltarune is a fantasy game that takes place in an underground kingdom of monsters and magic. There is a land of darkness that was abandoned long ago by those of the light, and many resent the “lighteners” for leaving them behind. The protagonist, along with their friends, is part of a group that’s expected to bring peace to this dark kingdom.

One of the playable characters has magic ability, and casts spells in and out of combat.

Miscellaneous:
The player is given the choice to either violently attack others, or use other means of interaction to resolve things nonviolently. This, of course, means that players can choose to be violent and aggressive.

Positive Elements:
Buuuuuut it also means they can choose to be peaceful, and resolve things in more creative and positive ways. This form of player choice gives the player multiple opportunities to reflect on their own beliefs and personality.

A Child’s Perspective:  While I have not given Deltarune to a child, a lot of children really enjoyed Undertale, so it’s likely they would also enjoy Deltarune. As long as they can read well enough to read the tutorials and dialogue, at least.

Reviewers Thoughts:
It’s hard to concisely explain exactly why Undertale captured people’s imaginations as well as it did (though our reviewer Naomi did in their review), but suffice it to say the game’s legacy is emotionally intense, and likely to last a long time. Undertale was one of those games that occasionally got surprisingly dark, but all in the service of what could be, if you let it, an astoundingly uplifting and intensely personal experience. So Deltarune, while not a direct sequel, has a lot to live up to.

And while this is only the first chapter, it’s extremely promising. It has the same, loving heart as Undertale, and the same darkness creeping beneath its surface to really make you think about what that loving heart means, and how hope is achieved within it. It has the same charm, fueled by a singular wit and willingness to be silly and heartwarming. It has the same feel of nostalgia, both for the era of games that inspire it and the bonds we formed while playing Undertale.

Deltarune is a game about friendship. It’s a game about kindness. It’s a game about doing the right thing, even when it’s hard. There are many games that can genuinely help us grow as people through the stories they tell, the feelings they invoke, and the ideas they put forth for our consideration. Undertale is one of them, and Deltarune, while still incomplete, seems to be one too.

All that to say, Deltarune has my recommendation for pretty much anyone who can read. Though I highly recommend playing Undertale first (and just in general, play Undertale, it’s unique and excellent), and some elements of the game might be a little scary for younger players, it’s an experience well worth having.