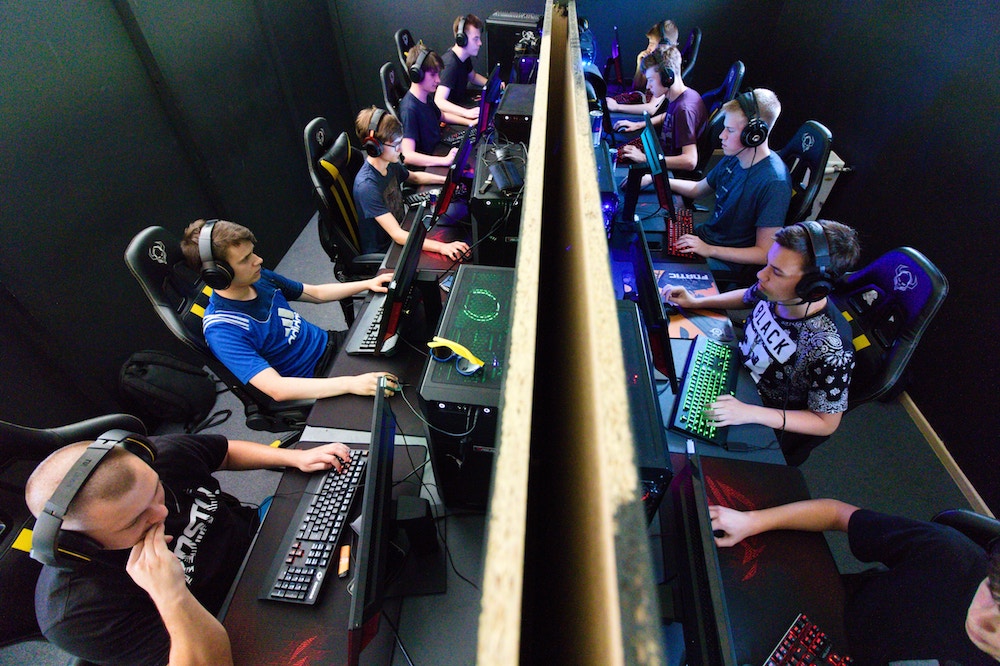 It was only a matter of time.

Gen Z’s love of video games has finally collided with their school spirit and birthed the very first e-sports competition at high schools across the nation. In 2018, the National Federation of State High School Association officially inked an exclusive deal with PlayVS, a gaming startup based in California. Now, instead of playing a physical sport on an actual field outside, high school students can play various video games, indoors, in a climate-controlled environment.

The idea is spreading faster than the Konami Cheat Code. In just one year, roughly 13,000 high schools around the country have signed up to compete. For some perspective, that’s almost 70% of the public and private high schools in the nation. So far, each school is averaging 15 players per team which will put the national number just shy of 200,000 competitors!

Delane Parnell, the tech company’s CEO, says their system will host matches for the competing schools, stream the content for students at other schools to watch, and even report statistics and rankings so each school’s e-team can know where they stand. PlayVS has raised almost $100 million in the past two years and their list of investors includes several celebrities and real life sport franchises. Translation: that endowment is certain to grow! There’s a $64 fee per player to compete, but that’s quite small given the high price of today’s (actual) youth sports.

Ironically, there are no sports-themed games currently offered in the lineup, but that’s likely to change, as well. As of now, players can compete in League of Legends and Smite, two multiplayer online battle arena video games, and Rocket League, a video game that uses vehicles to play soccer. There aren’t any first-person shooter games in the lineup, nor are there likely to be any in the future given all the debate on the subject. PlayVS’s seasons are divided between fall and spring with the 2019-2020 season starting October 21st.

Player Ready One
What sort of impact will the addition of e-sports have on high schools? Well, for starters, there shouldn’t be any worry over concussions. Broken bones will be a thing of the past; the worst that can happen is a broken screen. Also, we’re going to need to get some creative cheerleaders to re-write decades-old chants. The best I could come up with was:

Cheerleaders: When we say “noobs,” you say “pwn”!

E-sports will definitely have an impact on young competitors, some good, some not so good.

There can be no doubt: the advent of e-sports will certainly shape the future of high school interactions. Now a new form of student-athlete will get to represent his/her school, and it probably won’t be long until most middle schools offer a similar alternative to hundreds of thousands more tweens and teens. Whether or not to allow our kids to play will be a conversation that many American families will have in the immediate future, so we need to start thinking about our decision now.