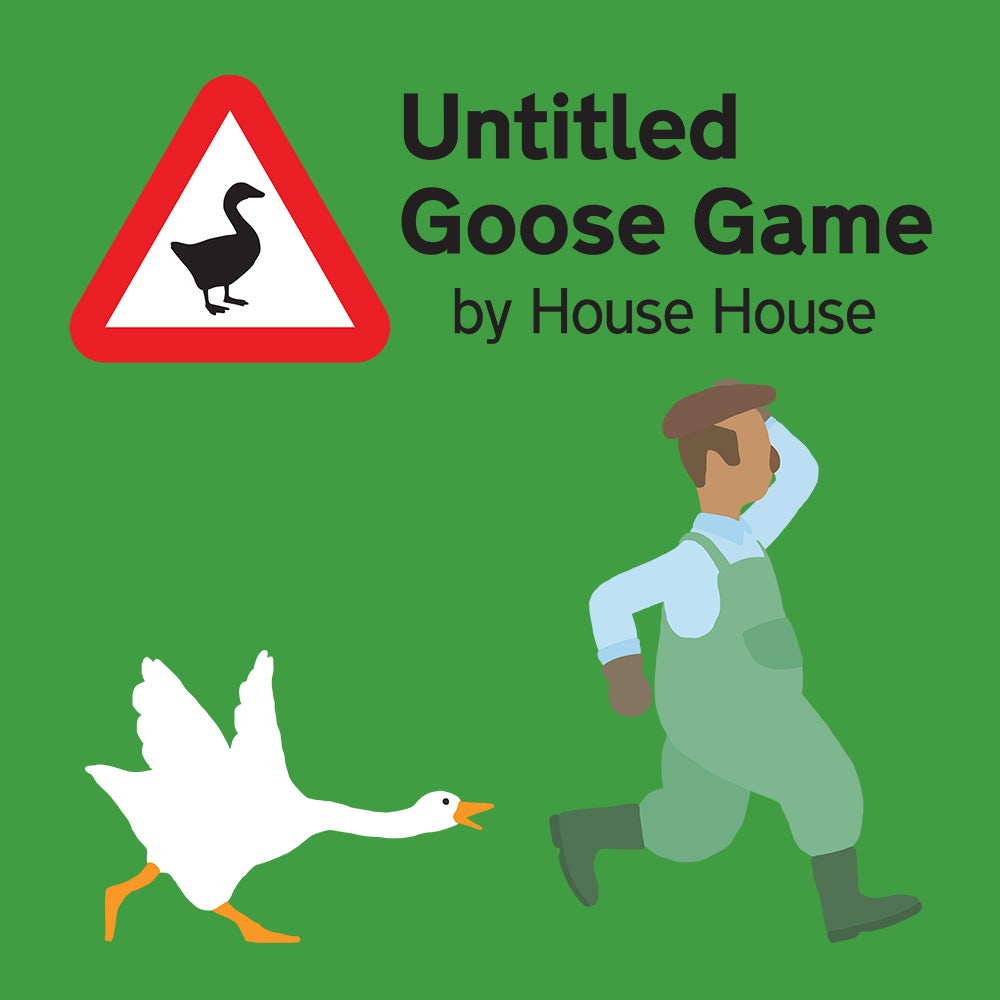 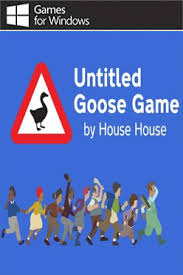 Game Description:
Geese are jerks. We all know it. They’re beautiful birds, and they have a funny walk, but anyone who’s been chased by a rogue goose for no reason knows they’re hiding an evil heart beneath the feathers and silly sounds.

That’s what Untitled Goose Game is about. And yes, that is the actual title, if it is an actual title. You play as a goose in a small English village, and you are here to cause problems. You can honk, pick things up, spread your wings, and waddle all over the place to terrorize the denizens of this village with your goosy mischief.

Most of the game is simply spent trying to mess with people, and figure out how to accomplish a number of tasks. Perhaps you have to find all the ingredients for a picnic and take it to a picnic basket without the farmer catching you and taking it all back, or maybe you have to knock off a kid’s glasses and trick him into putting a different pair back on, or maybe you need to figure out how to trap the crabby saleslady in her own garage. Whatever the trouble, you are a horrible goose, and you will cause it.

Thankfully that trouble is all pretty family-friendly, but let’s take a look at the details.

Violence:
There’s some mild silly violence, such as people falling over, or a bucket falling on a man’s head, but nothing even so graphic as a Looney Toons cartoon.

Language:
No dialogue at all, actually, and no language on the task sheets.

Miscellaneous:
You are a horrible goose, and while most of the mischief you cause is pretty harmless, not all of it is behavior you’d want emulated in the real world. You sometimes break people’s property. In one instance you take a child’s toy to the market so the boy will have to buy it back (though let’s be honest, that one’s on the market lady, she’s real mean). In general you’re going around messing things up and bothering people.

Positive Elements:
I feel it’s worth noting that, while you’re not exactly being nice in this game, it’s mostly harmless pranks. In an industry still dominated by action and violence to varying degrees, it’s nice to have a game consist of basically just messing around without causing any real harm to anyone, and get so wildly popular for it.

Reviewers Thoughts:
Untitled Goose Game took over the internet upon its release (and still reigns as of the time of writing), even rising to the best selling game on the Nintendo Switch for a time. And there’s a reason for that. It’s a simple and unrelentingly hilarious game about annoying people in innocent ways, and given the state of the world in 2019 it’s unsurprising that such an idea would connect with so many people. The phrase “I think I will cause problems on purpose” has gotten popular in relation with the game, and it’s admittedly nice to sit for a moment and pretend the shenanigans of this horrible goose are the only problems out there being caused on purpose.

I’m not going to claim the game has any particularly intense value beyond entertainment and stress relief, but it’s a marvelously designed little game that knows how to make use of its simple premise and deliver precisely what we want from it. I also have to praise the animations for the goose; it moves precisely like a goose, with all its weird waddles and panicked wing flaps, and the game is all the more charming for it.

As for letting kids play it, I think it’s worth considering how much emphasis we tend to put on “objectionable content”–violence, nudity, language, etc.–while often ignoring the (arguably more important) question of what a given game is actually saying to the people playing it. These aren’t just random sounds and images, after all; video games are an art form that communicates ideas, much the way that books, movies, and music do. And while Untitled Goose Game has no graphic content, it’s also not necessarily a pattern of behavior you want to model for impressionable children.

The key word there being “impressionable.” I can’t imagine this game contributing meaningfully to any behavioral problems for children above a very young age; frankly if your kids are old enough to play games where they pretend to kill people (however bloodlessly), they’re probably old enough to escape into a little village and pretend to be a horrible goose for a bit. And in that case, I highly recommend they do, because Untitled Goose Game is an absolute delight.