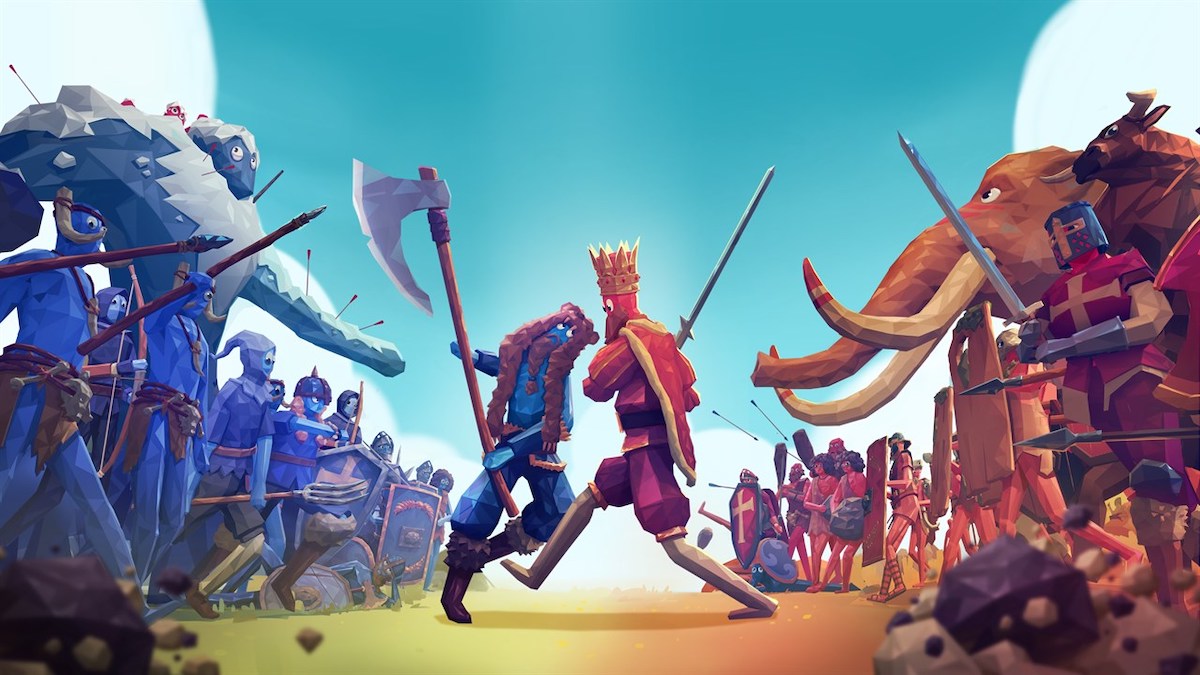 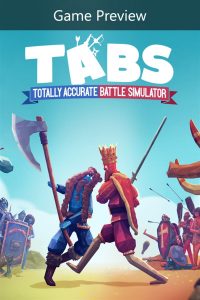 Game Description:
Sandbox games aren’t usually my thing. I like having goals, things to aim toward, where sandboxes give you complete freedom to make your own fun. There’s nothing wrong with that, but it’s not my usual game.

But I have to admit, Totally Accurate Battle Simulator (aka TABS) really piqued my curiosity. I remember seeing early trailers on Steam and being amazed at how nuts you could make the battles.  The mixed reviews weren’t enough to dissuade me from the cool premise, and now, I’m checking it out.

The game is in “Preview Mode,” which means it’s not fully complete yet, and still in early access. Still, it’s defined enough and popular to warrant review, so let’s dive in. We shall see how totally accurate these battles are. . .

Violence:
This is a game about battles, so there’s a fair bit of realistic violence.  But it’s all done to unrealistic human models, blue and red props who are stand-ins for real people.

In this game, you put simulations of fighters from various periods, and they fight each other. That’s the basic premise. There’s a campaign mode, and a sandbox mode, which is nice for people like me who want goals. But that’s all there is too it.

Spirituality:
You can put unreal enemies like spooky ghosts and reapers.

Miscellaneous:
I was delighted to find a ton of gameplay options in here, along with ways to adjust every single button of the controls. Go TABS!

Positive Elements:
To my delight, I found myself having an insane amount of fun in the sandbox mode. I don’t usually partake in sandbox games, but this one is a blast.

A Child’s Perspective:
Does your child like sandbox games? Is your child interested in historical battles? This game is perfect for them.

Reviewers Thoughts:
I had quite a bit of fun with this game. It’s an entertaining sandbox that really caught my attention—you basically make a movie out of different fighters and then play it to see who wins. The addition of a campaign mode is also a big plus in its favor, especially for someone like me who wants goals and things to do.