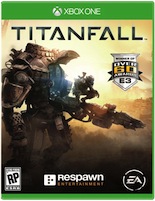 Titanfall is the premier game from Respawn Entertainment, which was founded by Infinity Ward employees (the creators of Call of Duty), after their lawsuit against Activision (their publisher). Now siding with Activision’s competitor, EA, Titanfall is expected to be the “Call of Duty killer,” or the game that finally halts Call of Duty’s consumption of the gaming market. The goal of the game, in the words of a developer, is “to make the game as fun as possible. We don’t want to follow a trend – we want to create something new.” Titanfall upheld their promise, and delivered on a very enjoyable game.

Titanfall is set almost 500 years into the future. Humanity has branched into the universe, and has colonized (mostly) uninhabited planets. The IMC, a privatized military, enforces the banding of the planets, and lets various corporations exploit the planets as they wish. Residents of the planets objected to the IMC strip-mining them of their resources, so they came together to create the Militia. The Militia are seen as rebel terrorists to the IMC, and the IMC is seen as a tyrannical, corrupted police force to the people of the Militia. Military technology has advanced, so both sides have access to humanoid robots, spaceships, “smart” weapons, invisibility, and Titans, three story tall exoskeletons, armed with various weapons and an AI.

What Parents Need To Know:

There is no single player campaign: whenever the player plays Titanfall, he will be playing with eleven other people.

Generic: Titanfall, like every other shooter, has a lot of guns. Pistols, Assault Rifles, Shotguns and Grenades are just some of the weapons that the player can equip. Needless to say, the player can use said guns to kill the opposing team. Players may also choose to ride in their Titan, who can kill opposing players with even bigger guns, missiles and grenades. The Titans may also step on enemies, though the player never sees the enemy die in that situation.

Terrorism: From the IMC standpoint, the Militia commits acts of terrorism, namely blowing up a reactor core to a fueling station, which ends up killing a lot of people. From the Militia standpoint, they sacrifice a squad of soldiers, and a key commander in order to stop the IMC from being able to refuel. The only people killed were other IMC personal.

Gore: When players shoot other players, they can very briefly see a chunky poof of blood erupt from the enemy. The goriest thing in the game is when a Titan punches a human. The human will explode into chunks.

Misc. Violence: Throughout the levels, computer players can be seen strangling, stabbing, and shooting each other.

Despite ESRB’s rating of “strong language,” I did not come across much use of language. D**n was used a few times, as was Bi**h. The Lord’s name was used in vain once or twice. Still, ESRB has said in their description that they encountered F**k and S**t, so it appears in the game somewhere. Titanfall has much less language than other shooters, such as Call of Duty.

Robots are seen burning a village, and there are dead civilians on the ground. A character on both sides of the conflict points out the action as “wrong.”

I have seen PG movies that are as violent as Titanfall. If someone can play Call of Duty, Battlefield,or games like them, there should be no reason that they can’t play Titanfall. With that said, I would not allow my 13 year old sister to watch or play, as the game is rated M.

Titanfall reminds me a lot of the TV show ‘Firefly.’ The basic story is close: the Core planets have come together and enforce rule against the outer rim planets, so they fight back. Something Titanfall has managed to do, that other games have failed to do, is immerse players in the war. Not once will the player feel like a super soldier, a lone warrior, or an unstoppable force. They will always feel like just another average grunt on the field. The characters with actual faces, and voices are computer players, and they are the ones that complete the objectives. While the 12 human players are fighting each other, or capturing various zones, the “story characters” are advancing the narrative. The story is not deep, or complex, and is told almost entirely through background dialog, but I like it. It is refreshing to get a story out of a shooter that is not about the dominance of the USA against other countries. I have heard complaints about the lack of story, and there is definitely a lack, but what there is, is still “good.” Titanfall allows the player to play both perspectives of the story, and lets the player decide which side is “right.” Both sides have perfectly legitimate reasons for fighting the other side; neither are portrayed as right or wrong.

Mechanically, the game is solid. There are no overpowered weapons or abilities. Everything has a balance, and a counter-balance. Piloting a massive robot is really fun, and the Pilots themselves can run along walls, and jump from building to building with the new running system. I don’t find myself frustrated at all with the game.

I have very few complaints about Titanfall, but one of them is content: there is not a huge amount of it. There are about half the weapons of every other shooter, and there are not that many game types, though Respawn has said that they will address both issues with downloadable content. Another issue is Private Matches. Other multiplayer games allow people to play by themselves, with friends, should they wish to, but Respawn decided not to include them. They said “We wanted to focus on the core of the game until launch. We will release a free patch, which will let you play privately, but first we want to make sure the game runs as smoothly as possible.”

I would equate this game to a violent PG movie, or a not-that-violent PG-13 movie. Game ratings are always higher than their movie equivalent. If someone underage understands that the violence in the game is not something they should do, I personally, would say that it is okay for a mature 13 year old to play.

If you are past the rating and violence, and are just wondering “Is Titanfall worth getting?” I would absolutely say, “yes!” Titanfall is extremely fun, and I enjoy playing it more than any other recent game. It is well worth the money I spent on it.

Note: The Xbox 360 edition has not yet been released, at the time of this writing. Though marketed as the same exact game, there have been unconfirmed reports that the 360 edition may be different than the One and the PC versions. The variations, if there are any, would probably be less content, lesser graphics and aesthetics, the game may not run smooth. Theoretically, this would mean that there is less language in the game, but mechanically, it may be frustrating. Again, these reports are unconfirmed, and may just be speculation.