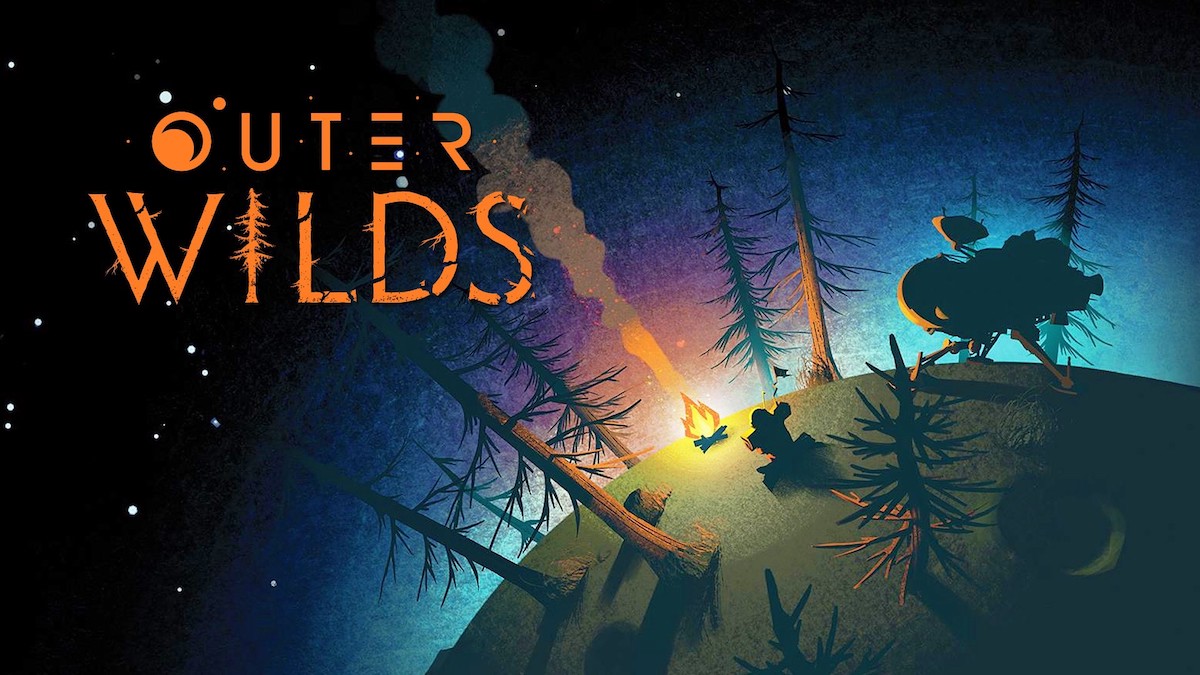 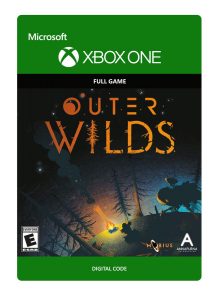 Game Description:
All things end, eventually. The protagonist of The Outer Wilds wakes up on the day of their launch, ready to be the next of their species to explore their solar system in a makeshift spacecraft, unaware that 22 minutes later their star will go supernova and destroy everything around them. Thankfully, there’s a contingency plan; an ancient artifact made by a long-dead civilization that traps them in a time loop, resetting to 22 minutes before the apocalypse every time it happens.

The Outer Wilds is a game about exploring the solar system, one 22-minute chunk at a time. While they die and wake up on their home planet each time, they retain the knowledge and discoveries of each trip, and over the course of the game the player slowly comes to understand what happened in this solar system thousands of years ago, and how it might inform their actions today.

This game got a lot of recognition in Game of the Year awards despite having been sort of buried in other releases. Being released by a small studio just as another spacefaring game with a nearly identical name (Obsidian Entertainment’s The Outer Worlds) probably didn’t help. But the buzz has been audible nonetheless, and the game is coming soon to computer systems as well.

So let’s take a look and see if this might be a good consideration for your kids.

Violence:
There is no combat in The Outer Wilds, and the player has no weapons. It is, however, possible for the player to die in various ways; running out of oxygen, falling too far, or being eaten by the one hostile entity in the game (giant fish that simply engulf the player and their ship). And, of course, every 22 minutes, the sun explodes and everything disappears in a brilliant light.

Spirituality:
The solar system the game takes place in is large and mysterious, and there are references to a number of unexplained phenomena, but it’s all scientific, not spiritual or magical.

Positive Elements:
It’s hard to talk about what The Outer Wilds is about, thematically speaking, without some colossal spoilers, but suffice it to say it’s not quite what you expect. This is a game about knowledge, about seeking truth, and about making the most of the time you have. I imagine it could inspire some spirited and constructive discussion with a child who plays it.

Reviewers Thoughts:
This game is beautiful in ways I find hard to adequately express.

For one, it’s extremely creative; the depths of its beautiful mystery are stunning. There are two planets that orbit each other and transfer sand with their gravitational pull, so one’s caves fill up over the course of the game while the other slowly reveals ancient towers. There’s a hollow planet around a black hole that, over the course of the 22 minute cycles, breaks into pieces and expels each of them out on the edge of the solar system. There’s a dangerous planet that grows giant brambles from inside countless dimensional layers. The world of this game is strange and mysterious, and uncovering its secrets is a thrilling and beautiful experience in a way very few games have managed to capture.

It also… didn’t go where I expected. And I mean that in the best way, though I imagine the ending will be unsatisfying to some people. But it was surprising, and meaningful, and a perfect capstone on what has unquestionably become one of my favorite games of the year.

I have little negative to say about the game except that younger players may not have the patience or reasoning skills to fully enjoy it. The game relies on putting pieces of information together in such a way that informs the player where to go next and how to uncover new information, and it can be a lot to handle at times. There’s a lot of reasoning, a lot of reading, and no action.

But I think this would be an interesting experience to play with a child, and to talk about with them. There’s a lot to unpack here, and I think the ending would be a source of some really good discussion. If your child can handle a game with a lot to explore but a relatively slow pace, I can’t recommend The Outer Wilds enough.