The Last of Us

The Last of Us 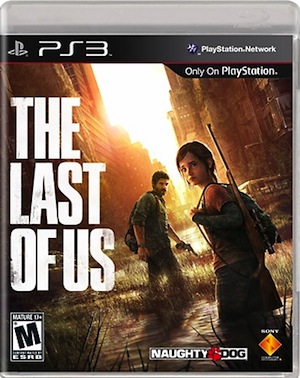 The Last of Us is the latest game by developer Naughty Dog, the company behind the popular PS3 series, Uncharted. The premise of The Last of Us is very similar to the popular graphic novel and television series The Walking Dead. The story opens with Joel, his young daughter Sarah, and his brother Tommy attempting to escape a small town in Texas as a mutated strain of the cordyceps virus is spreading across the country turning humans it comes into contact with into rabid zombie like creatures referred to in the game as The Infected. Through a series of traumatic events, Joel’s daughter is killed in the first 20 minutes of the game and thus enters the opening credits, which is a good thing because I needed a moment to dry my eyes. In the first 20 minutes alone it is easy to see why Naughty Dog is considered one of the best storytellers in the video game business and this only set the stage for what would become a very emotional experience over my 17 hours of game time.

After the opening credits roll, time moves forward 20 years. Now Joel is a middle aged man, living in a quarantine zone in Boston, working as a weapons and meds smuggler just trying to survive in this post-apocalyptic world. Through a series of events Joel is reluctantly tasked with the job of smuggling a young 14 year old girl named Ellie, who just so happens to be immune to the virus, to a group of scientists on the other side of the country in the hopes of using her to develop a cure.

The thing that adds to the tension of The Last of Us is that ammo and supplies are in limited supply. Anyone who approaches this game like Call of Duty, or even Naughty Dog’s other game series, Uncharted will quickly find that you cannot just go into a level guns-a-blazing or you will quickly die. With the limited supply of ammo, you are forced to make every bullet count, and sometimes it is better to try and find a way to slip by your enemies quietly unnoticed.

The game is not all violent though. Half of the time you are just exploring, looking for supplies, or engaging in conversations. During these times it is good to take a moment and take in the environment as The Last of Us is one of the best looking video games I have ever seen.

There is also a multiplayer component to the game which from what I have read about looks to be very interesting, but as of the time of this writing I have not played yet. Therefore, this review is based solely on the single player campaign only.

The Last of Us is a very violent game, you will have to fight humans, both Infected and Non-Infected. Blood splatters and some areas have dead bodies just lying around decomposing. You can kill with guns, bows, homemade grenades, and also blunt objects like baseball bats, planks of wood, and machetes. You can also fist fight and crush enemy’s skulls with your foot. It is also possible to decapitate enemies.

In one area I had to shoot a guy or leave him to turn Infected.

There is a scene where a man shoots himself in the head.

There is a scene that shows a dead human body being cut up for food by a member of a group of people who are cannibals. There is another area where you will come across a meat locker full of dead bodies hanging upside down just waiting to be slaughtered for food.

There are a couple of levels where you will play as Ellie, and you will be required to kill enemies playing as the 14 year old girl. There is also one very emotional cut-scene with Ellie where she drives a knife repeatedly into a man’s face who is trying to overpower her, you do not see the blade actually enter into the man’s face but it is still a chilling scene.

There is quite bit of bad language in this game, so much in fact that I just stopped counting after about an hour of play. The words F**k, S**t, B***h, damn, ass, hell, and various forms of using the name of God and Jesus in vain are all used.

Parents may also want to know that 14 year old Ellie uses her fair share of bad language, perhaps even more so than the main character Joel.

There is a painting in a bedroom that is a portrait of a naked woman. It is more of an artistic pose than a sexual pose.

Ellie makes some funny comments about an adult magazine she found and how some of the pages are sticky.

Ellie likes to read comic books, and you can find comics lying around in various parts of the world. Every time you collect a comic it goes into your inventory screen and you can look at the cover. Some of the covers show both men and women in skimpy outfits befitting stereotypical comic book attire.

There is a church in one level that is being used as an armory. A man says “If you have anything to confess this is the place to do it.”

Two people have a discussion about heaven and doubt its existence.

The Last of Us is going to be a serious contender for Game of the Year, so do not be surprised if your child wants to play it. The game is fun, it is beautiful to look at, and the story sets the bar for what storytelling can and should be in video games. From what I have read on game forums, however, not everyone liked the ending, but the ending has gotten people talking about choices and what is right and what is wrong. I believe people will still be talking about this game 20 years from now. All that said though, the game is still extremely violent, and full of bad language. So with that said, Parents please respect the ratings and keep this one for Mature audiences only.