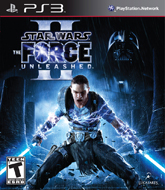 (Warning: Review contains Story Spoilers)
Star Wars: The Force Unleashed II is the follow up to the 2008 best seller The Force Unleashed. In the first game, players played the role of Galen Marek, aka Starkiller, aka Darth Vader’s secret apprentice. In the first game, the story takes place between Episode III & IV in the movies. It begins with Starkiller hunting down and killing the last of the Jedi, but eventually breaking free from Vader’s control and through a story of redemption birthing the start of the Rebel Alliance. At the end of the game we are led to believe that Starkiller sacrificed his life in order to save those who would go on to eventually be key leaders in the Rebel Alliance including Princess Leia.

The story in The Force Unleashed II opens with Starkiller once again bowing at the knees of Vader, or is it? Vader tells him that he is actually not Starkiller at all, but rather the clone of Starkiller. This supposed clone of Starkiller, however, has all of Starkiller’s memories and through a series of events breaks free from Vader and escapes. Throughout the course of the story, Starkiller will rescue an old friend and search for an old love that will eventually lead him back to a showdown with Vader. Along the way working through to discover if what Vader told him about being a clone is the truth, or if it was just a lie and he really is the real Starkiller.

The Force Unleashed II is played from a third person perspective. As Starkiller, the player will kill stormtroopers, droids, clones, sith warriors and a monster or two. Starkiller’s primary weapon is the use of two lightsabers which can be used for killing enemies, including cutting off body parts of enemies. There is, however, no blood or gore.

Starkiller will also use different Force powers to attack enemies such as Force Lightning to electrocute enemies, Force Push to push enemies off ledges or Jedi Mind Trick which can cause enemies to start attacking each other or to become confused and jump off ledges or out of windows.

I encountered very little bad language in the game. During my playthrough, I heard the word hell twice and the word damn once.

There is not any inappropriate sexual content in The Force Unleashed II.

As with most things Star Wars, The Force plays a prominent role in this game. The player is able to use The Force to use certain abilities and attacks such as the abilities mentioned in the violence section. There is also one cut-scene where The Force shows Starkiller a vision of the future.

Being a big of fan of Star Wars and having really enjoyed the story of the first Force Unleashed game, I would say that this is one of the games that I was looking most forward to this fall. Perhaps my expectations were too high, but I was a little disappointed by the game. The combat is a lot of fun, and the graphics are absolutely beautiful, but the story was not quite as good as the first game and the single player campaign was pretty short. I finished the game in about 5 hours. There are some additional challenge stages to play through, but a game like this I play primarily for the story. In conclusion, while not as engaging storywise as the first game, fans will still want to check this game out. Although, because of its short length I would recommend renting it until the game drops in price. Parents, if the above mentioned content meets your family’s guidelines, then I believe you will find The Force Unleashed II to be an enjoyable experience.