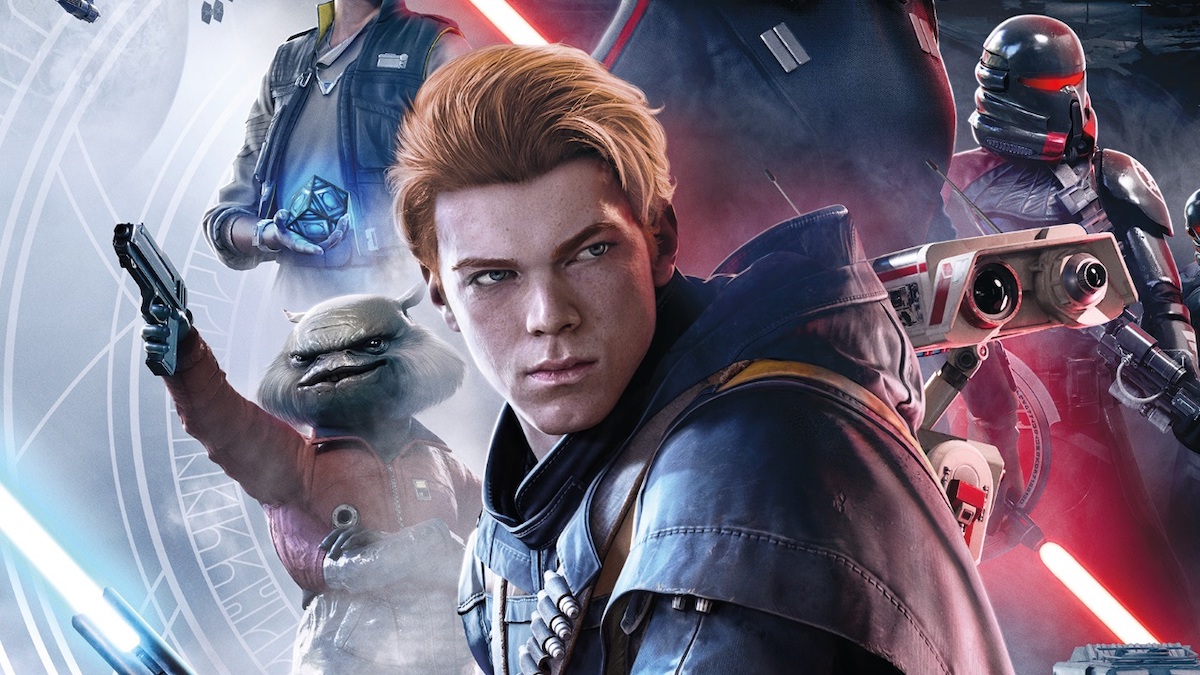 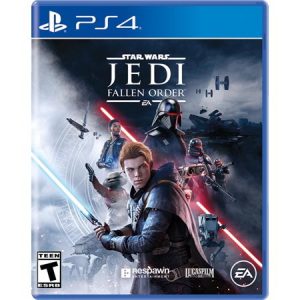 Game Description:
Star Wars video games have had a few ups and a lot of downs. For every classic like Knights of the Old Republic or beloved sleeper hit like Jedi Outcast, there have been a lot of middling attempts like The Force Unleashed and unmitigated disasters like Masters of Teras-Kasi. Jedi: Fallen Order is EA’s most recent attempt to change that since Disney gave them the exclusive license to make Star Wars games, following two Battlefront games that are well liked but mired in controversy.

This game follows a young Jedi named Cal, who is in hiding after the events of Revenge of the Sith (when Anakin turned into Darth Vader and the Empire started hunting and killing Jedi). His relatively peaceful life in hiding is violently interrupted, and he’s thrust into the center of a search for a list of force-sensitive children; the Empire wants it to brainwash them, and Cal’s allies want it to rebuild the Jedi order. This journey takes them through ancient civilizations and the ongoing war against the Empire.

The player takes control of Cal while he navigates hostile environments and fights a variety of people and creatures who want to stop him. Players will spend as much time solving environmental puzzles and exploring ancient ruins as they will fighting, if not more. Combat is done entirely with Cal’s lightsaber, and the player gains more tools for navigating the game world as the game progresses.

This is Star Wars, so most people likely have some idea of what they’re in for here, but let’s go over the content worth being mindful of when buying this game for children.

Violence:
The game features a lot of lightsaber combat; essentially swordfighting, but with a glowing laser sword. Some of this can be fairly visceral, but never gory; for instance, robots will be cut into pieces, and Cal can cut some animals in half with the lightsaber, but there is no blood or gore since lightsabers canonically sear wounds. With humanoid enemies the game never goes this far; Cal can slice and stab enemy stormtroopers all he likes, but they remain in one piece.

The combat is made to feel rather intense, so there’s a sense of impact and violence to the movements, but it never gets any more violent than the Star Wars movies themselves.

Language:
I counted a use of the word “bastard,” but that was it. Mild and infrequent language consistent with the Star Wars brand.

Spirituality:
This is Star Wars, so of course the Force is central to the story. Players can harness its energy to perform a number of feats, such as pushing and pulling objects or slowing them down.

Since the story relates to a number of ancient civilizations that existed before the Jedi, there are also a number of elements related to old, strange uses of the Force that don’t make regular appearances in the movies. Particularly the order of the Night Sisters, which should be familiar to people who watched the Clone Wars animated series. They use the Force in strange ways, and the game includes zombie-like enemies raised using Night Sister force magic to attack the player.

Miscellaneous:
There is talk of torture and abuse.

Positive Elements:
The central conflict of the game is, as always, one between good and evil.

One of the characters is struggling with the darkness inside of her, and we see her fight to maintain control of herself and build up strength against temptation to use the dark side of the Force.

Reviewers Thoughts:
I love Star Wars, so while I always hope for a good experience with their video games I have often come away disappointed. I’m happy to say that Fallen Order, while perhaps not a great game, has absolutely satisfied my desire for good interactive Star Wars experiences.

The game mixes a lot of genres into one; the combat is clearly inspired by Dark Souls, the platforming will feel familiar to anyone who played the Prince of Persia games back on the PS2, and the ancient exploration has a distinctly Uncharted or Tomb Raider vibe. But, you know, with lasers.

For the most part, it succeeds at all these things well enough to be an enjoyable experience. It takes some getting used to, in no small part because, in some ways, it doesn’t feel like Star Wars. But that’s also to its credit; it feels like it has its own identity in more ways than most Star Wars games manage. It’s an original Star Wars experience that doesn’t feel like it’s just trying to replicate what the movies do in a video game format.

Paired with a story that does interesting things with the Star Wars universe without leaning too heavily on nostalgia, it works out fairly well. The story could have been more powerful at a number of points, and relies a little too heavily on video-gamey, objective-based progression, but works overall. And since it doesn’t inundate the player with easily-recognizable elements from the movies, the moments when we do come across a familiar character, or recognize John William’s musical score, are all the more effective.

Fallen Order does feel a little darker, though, and not without reason. The dark Force powers of Dathomir and the brutal feel of the combat go a ways toward making this entry feel more intense than most, despite not featuring any more objectionable content than is expected for Star Wars. For this reason I’d say you may want to give it a look before buying for younger players, but generally speaking this is good Star Wars fun for anyone who enjoys the series.