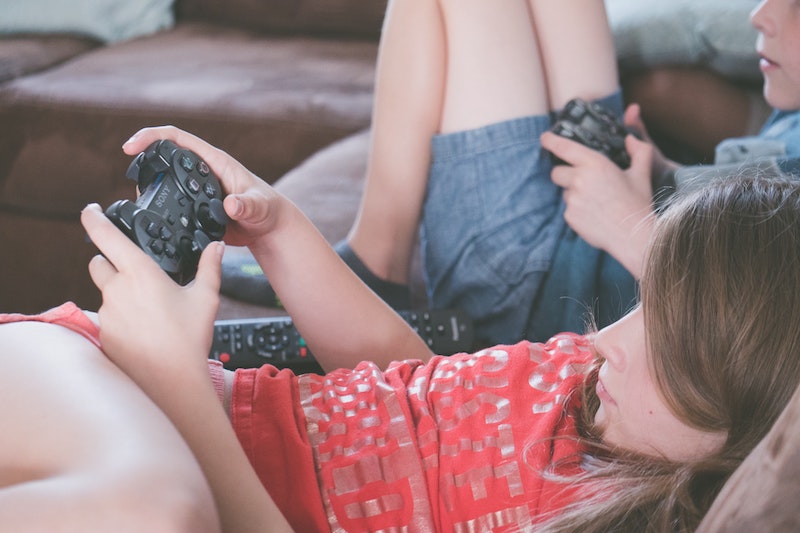 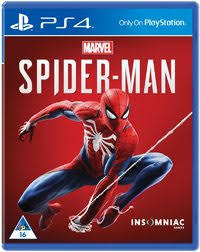 I’m fairly certain Spider-Man needs no introduction. The beloved character (created by Stan Lee, Jack Kirby, and Steve Ditko) is not only one of the most beloved superheroes of all time, but one of the first and best to successfully permeate the greater social consciousness through film before The Avengersmade beloved comic book movies the norm. Everyone knows about Peter Parker, and that, “With great power comes great responsibility.”

But games starring the hero have not been as successful. There have been a few decent ones, but the most beloved is probably the movie-tie-in Spider-Man 2, which was an overall mediocre game that gamers enjoyed because it was fun to swing around New York City. So when Insomniac Games (known for the Ratchet and Clank series) announced they would be making a new Spider-Man, hopes were high that this could be the chance for players to finally step into Spider-Man’s spandex and really inhabit the life and adventures of Peter Parker.

Spider-Man is a third-person action game that takes place in a lovingly-detailed recreation of Manhattan. The player spends most of their time swinging around the city to take on powerful supervillains, dismantle plots to kill innocents and destabilize New York, and of course, make plenty of stops along the way to save people from hit-and-runs, stop burglaries in progress, and take pictures of famous New York landmarks. And it’s the most fun I’ve had in a video game in quite a while.

But before we get to that, let’s talk about how appropriate Spider-Man is for your kid.

Spider-Man is, true to his character, dedicated to not killing his opponents. The combat involves a lot of punching, kicking, and throwing, but Spider-Man never uses lethal force; even if he knocks an enemy off a roof, they can be seen being webbed to the side of a building before hitting the ground.

Of course, this dedication to nonlethal takedowns cannot be said for his opponents. Enemies use weapons ranging from swords to guns to rocket launchers, but even with these weapons there is no bloody or graphic violence in the gameplay.

The cutscenes do feature a little more detail in some instances; blood is visible when a villain kills a soldier with a sword at one point, and in one scene a villain capable of mind control compels a man to shoot himself (though the actual shot occurs offscreen). In a couple instances, Spider-Man ends up visibly beaten and bloodied.

Spider-Man has infrequent instances of mild language such as “ass,” “damn,” and the like in its story dialogue and some of the chatter the player overhears from enemies and New York citizens.

References are made to Spider-Man and Mary Jane living together, but there is no direct sexual content or dialogue in the game.

One villain, Mr. Negative, seems to have a presence inside him that gives him power to control others and drives him to commit violent acts. His henchmen are called “demons,” and their design is modeled after mythological Japanese demons. His powers are later confirmed to be the result of scientific experimentation, not demonic power.

Spider-Man can shut down a number of different crimes, including drug sales. In some of these instances, packages with white contents can be seen on the site.

Spider-Man has always come with powerful messages, and this game is no exception. The story is about how revenge corrupts people, and places Peter Parker in a number of difficult situations where he must measure his idealism against the need to protect the people of New York from those who would harm them. He goes out of his way to protect everyone he can, and ultimately sacrifices a lot to make sure the people of New York are safe.

This theme is woven into the story by way of this game’s version of Aunt May, who runs a homeless shelter. There are multiple sequences about the virtue of helping the poor and protecting the most vulnerable among us, and this is an underlying element to just about everything that happens in the story.

A Child’s Perspective: Spider-Man is an exciting and fast-paced game that seems to be greatly enjoyed by children who play it.

The most striking thing about Spider-Man is just how smooth and polished it is. Swinging across New York City is fast and fluid and thrilling, and the game is full of small details like faithfully recreated landmarks in New York City, the ability for Spider-Man to take selfies as he swings around the city, and even two different voice tracks for Spidey’s dialogue so he speaks more calmly when he’s standing still than when he’s exerting himself. The game clearly had a lot of work and love put into it.

The result is one of the more fun games I’ve played in a good while. It’s literally the only game in which I never once used the fast-travel option; I could have warped around the city to places near my destinations so I could get around faster, but I never did, because swinging around the city was so incredibly fun. The simple act of moving from place to place in this game is one of the best things about it.

But of course, that’s not to say the rest of it is lackluster. Combat is imaginative and stylish, and Spidey has enough variety in his moveset to make for some really interesting and enjoyable encounters. Applied to some of the fights against classic Spider-Man supervillains, there are some really epic and frenetic encounters. The game as a whole isn’t anything particularly unique–we’ve seen most of this before in games like the InFamous series–but the execution is top-notch, and arguably surpasses the rest of its genre in sheer scope and polish.

Beyond the simple fun of playing the game, the story is actually one of my favorite Spider-Man stories to date. The game’s take on classic characters like Otto Octavius and newer ones like Miles Morales are compelling, and the performances by the voice actors are excellent and emotive (shoutout in particular to Yuri Lowenthal as Peter Parker). It’s also fun to hear Jay Jonah Jamison as a radio host ranting against Spider-Man throughout the game. There’s a lot of great stuff to be had in this story, for the hardcore and casual Spidey fan alike, and there are certainly elements you could use to springboard discussion with your children on topics like responsibility, serving the less fortunate, and the balance between idealism and action.

Ultimately, “best Spider-Man game” was not an incredibly high bar to clear, but Insomniac hit it out of the park with this one. What we got was not only a fun superhero game, but a truly faithful and meaningful Spider-Man experience that I know I’ll remember fondly for a good while to come. And with such typically mild content for its genre, there’s little reason why your children couldn’t enjoy it too.