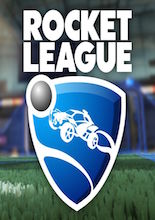 Rocket League is the sequel to an older game, Supersonic Acrobatic Rocket-Powered Battle-Cars, that saw a quiet release and a small, but dedicated, fanbase. That said, no one has heard of Supersonic Acrobatic Rocket-Powered Battle-Cars. They just saw this game called Rocket League pop up as a free offering for Playstation Plus members, and tried playing it. And never stopped. EVER.

Rocket League is, at its most basic level, a soccer game. But instead of playing as people, you’re playing as RC cars that can jump, twist in mid-air, and do all sorts of acrobatic maneuvers that turn a simple game of soccer into a wonderfully insane and surprisingly complex dance of speed, grace, and precision.

Seriously, it’s hard to describe Rocket League in such a way that actually communicates how crazy and fun it is, but look it up online and you’ll find plenty of videos that do a bit of a better job.

In the meantime, let’s go over everything that might keep your kids from it.

Violence:
Cars can explode on rare occasions, but humans are nowhere in this game, and the implication is that these are RC cards rather than manned cars.

Language:
Nothing to speak of.

Spirituality:
No story and no fantasy premise ensure a complete lack of spiritual themes or content.

Reviewers Thoughts:
Rocket League is one of the most addicting games I’ve ever played. Seriously, if you’ve read my other reviews on this site, you’ll know my favorite games are those that tell compelling stories, and I have absolutely no interest in sports games. Yet here’s a game that’s essentially soccer and has no story whatsoever, and I have been absolutely incapable of stopping.

Better yet, it doesn’t complicate things with skills or special abilities; it simply gives you a surprisingly complex moveset and leaves the rest up to your level of skill, making for one of the more balanced and skillful video games I’ve played in years.

And if you’re wondering if it’s safe for your kid, don’t worry about a thing. The game itself has no objectionable content whatsoever, and even has a filter to ensure harsh language doesn’t go through the chat. You can even go the extra mile by disabling voice chat in the settings, but seeing as I’ve not yet come across a single person with a microphone, it’s not even much of a concern.

Overall, Rocket League is an excellent and endlessly enjoyable competitive experience that anyone can enjoy, and you can even play with your kids. I could go on and on about how great it is, but that’s doing something that isn’t Rocket League, so I’m going to stop now and do that instead. You should too!