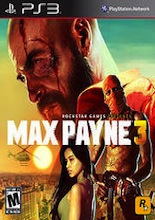 In Max Payne 3, players once again take control of the protagonist for which the series is named. In this installment, Max is a broken-down low-life who is absorbed by self loathing for the death of his wife and child. The story begins with a cinematic sequence showing Max moving into a new apartment in Sao Paulo, Brazil and then proceeding to his old pastime of drinking heavily and taking painkillers. In Sao Paulo, Max has taken a job running security for a wealthy businessman and his family who, from the beginning, seem to have all the criminals in Brazil after them. And when things get to confusing for Max, he travels inwards into his memory back to New Jersey and the reasons why he left America in the first place.

The game’s environments depict Sao Paulo as a hot and humid den of violence and corruption. The police force is ineffective, the military of Brazil is more mercenary then soldier, and the gangs of the city are the ruling entities. Drugs and alcohol are the sustenance of the populous and parties and gunfights are the primary activities. As such, Max’s penchant for shooting first and asking questions later fits in quite well. To contrast this scenery, the episodes in New Jersey are equally gritty, but take on a more Godfather meets Jersey Shore feel.

As a third person shooter, Max Payne 3 features a significant amount of violence. Below are the extreme examples beyond the typical violence and gore for this genre:

Max Payne features every vulgarity at some point in the game. If a word is considered obscene, it is used in Max Payne 3.

In Max Payne 3, there are multiple instances of sexual content. Most of the sexual content in the game comes in the form of barely clothed women at parties and dance clubs. However, during one cinematic sequence, Max enters a strip club in Sao Paulo. During the sequence, topless strippers can be seen dancing and performing sex acts.

There is no significant spiritual content in Max Payne 3.

In the first half of the game, Max is depicted drinking to extreme intoxication while taking drugs and painkillers. These sequences can be disturbing as Max usually drinks and drugs himself into unconsciousness.

Reviewers Thoughts:
For a mature gamer, I did find Max Payne 3 engaging for the most part. However, with the constant language and gritty content that the game provides, I quickly became indifferent to playing. Fans of the series will find the game enjoyable, but unless the player has a preconceived attachment to the game’s characters, the story lacks the meat to keep it interesting. And as always with a mature rated game, take great caution when considering purchasing this game for your children.