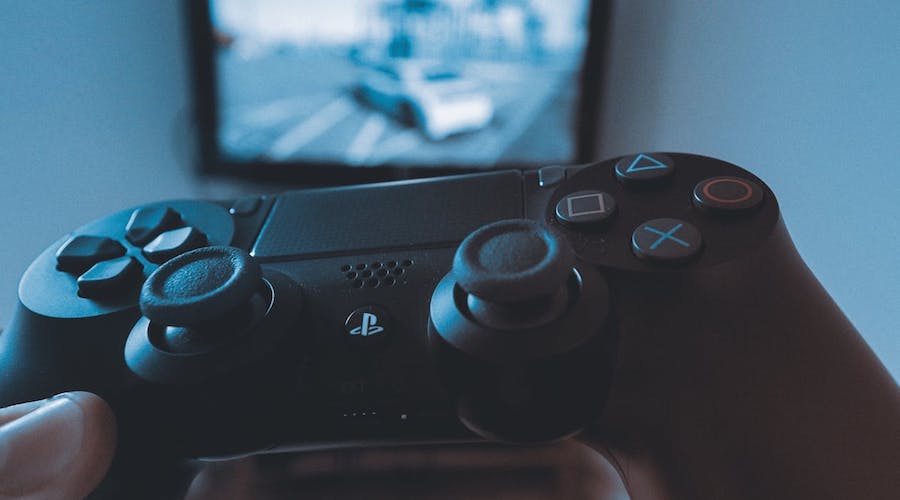 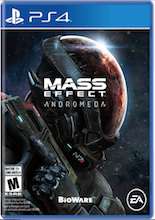 The Mass Effect trilogy, despite its disastrous final moments, is a beloved and influential work. It told a deeply meaningful story in an engrossing sci-fi world, used well-developed characters to ask thought-provoking questions about all kinds of philosophical topics, and pioneered new concepts of non-linear storytelling and presentation in role-playing games.

Needless to say, this spinoff has a lot to live up to. It follows the Andromeda Initiative, a group of people from all alien races sent to the Andromeda galaxy to explore and create a new home for humanity. The player character is the human Pathfinder, and it is their responsibility to lead expeditions on new planets and find viable places for a new home. But the Andromeda Galaxy has changed a lot in the 600 years it took to get there, and this move proves to be a dangerous one.

Like the other games in the series, Andromeda is all about allowing the player to express themselves and change the story and world through their choices. They choose their gender and design their character, they make choices that affect how the conflicts and settlements in the game play out over time, they even talk to the supporting cast and can fall in love with one of them.

The game is played from a third-person perspective, and the player spends as much time fighting enemies as they do exploring new areas and talking to people. This is what Mass Effect has always been about; not just fighting enemies or saving the galaxy, but connecting with the characters and world and helping determine how their stories will go.

But as the M rating suggests, this large and complex game does little to shield the player from the dark realities of making a new home amid chaos and conflict. So let’s talk about whether your child should be exploring this new galaxy or not.

Violence:
Mass Effect Andromeda is played from a third-person perspective, meaning the player sees their character as they explore the world, talk to people, and defend against assailants. They spend much of the game on nonviolent activities, but also much of it in combat. Players use a variety of weapons (sniper rifles, shotguns, pistols, etc.) as well as various abilities based on technical or sci-fi concepts, such as overloading an enemy’s shields, telekinetically floating them in the air, or creating a barrier to protect themselves from gunfire. Attacks are paired with some sprays of blood, and some alien enemies can have grislier fates (i.e. exploding heads).

Language:
The game includes a few uses of “f*ck,” and a fair amount of other, lesser expletives (“sh*t,” “d*mn,” “b*tch,” etc.). There’s no shortage of language, but considering the length of the game it does not come up very often.

Sexual Content:
The player is able to, through talking to other characters and fulfilling tasks for them, grow close to them and form a relationship. Some characters are straight, gay, or bisexual, and the player can romance any of them according to their preferences. Though the player can flirt with as many characters as they want, only one can be their romantic partner by the end of the game. At this point, the romance culminates in a scene where the two characters make love.

These scenes vary depending on which character the player romances and what gender the player has chosen to be (they create their character at the beginning of the game and can be either male or female). Some of these scenes are fairly graphic. All in all, the scenes feature rear and breast nudity, full body nudity (but no full frontal nudity), and sexual sounds and motions. There’s also one character the player can have sex with without committing to a relationship, but none of these encounters are seen.

Spirituality:
Mass Effect includes biotic technology, which feels similar to magic but is actually a sci-fi technology. Various characters have religious beliefs, from your pilot’s Christianity to the beliefs of the native Angara aliens (which are challenged by later revelations in the game). Ultimately there are no confirmed spiritual or mythological elements to the world or story of Mass Effect Andromeda.

Miscellaneous:
The player can choose how to treat people in the game and progress through the story. This means the player has many opportunities to leave people for dead or help them, betray allies or cooperate with them, side with oppressors or rise up to overthrow them. So there are many opportunities for the player to exhibit poor behavior, but this is generally in the interest of giving them an opportunity to do better. The negative things the player does says more about them than about the game.

Positive Elements:
Similar to the moral issues mentioned above, Mass Effect Andromeda constantly offers the player choices between right and wrong, and even morally complex situations where there is no simple, black-and-white moral answer. This gives the player an opportunity to think about a vairety of ethical situations, as well as to learn about their own strengths, weaknesses, and beliefs.

Particularly notable is how the player can choose to interact with the Angara, the race of aliens that already live in Andromeda when the Initiative arrives. The player can choose to oppose them, foil them, and make decisions that are best for the initiative without considering their needs, but the game encourages them to cooperate, to find a way to coexist, to make a home in the Andromeda Galaxy without forcing the Angarans to give up their own land, resources, or beliefs to do it. It’s a nice picture of what it would be like to enter into a world that others already own, compared to most historical instances of colonization.

The pilot, Suvi, believes in God, and speaks often about how she relishes her scientific pursuits as a way to find out more about the complex world she believes God created. It’s an interesting little exploration of faith in a series usually unconcerned with such matters (Bioware usually leaves it to its fantasy series, Dragon Age, to explore concepts of faith).

Reviewers Thoughts:
Andromeda is, in many ways, an unfortunate entry in the Mass Effect series. Bioware had a new development team on it, and as a result the game is… rough around the edges. When it shipped, it had so many glitches and laughably poor character animations that it basically became one big meme (these issues have mostly been fixed since release). The menu design is so cluttered and confusing that I rarely took advantage of the many customization options simply because I didn’t want to deal with the interface. The combat feels almost as clunky as the first game in the series. Andromeda has gotten a lot of hate since it released, and considering how rushed these elements of the game seemed to be, I can understand why to some degree.

And yet, none of these things are the reasons I fell in love with the original Mass Effect trilogy. I loved the characters, I loved the world, I loved facing difficult choices and shaping the future of the galaxy through how I responded to them. And Andromeda accomplishes all these things, imperfectly but satisfyingly. I was invested in the struggles of building a new home in a hostile and unfamiliar galaxy, I was connected to most of the characters fighting alongside me, I was fascinated by the culture of the Angara, and I was excited to find out more about the warlike Kett and the origins of the Angaran people.

The result is that Andromeda is a real mixed bag, but it’s significantly better now than when it originally released. I found that I rarely wanted to return to playing it, but whenever I did I would find myself enthralled even as I griped about the game’s many shortcomings. I’m glad to have spent time exploring Andromeda, falling in love with Peebee, and working to establish positive relations with the Angaran people, even if I had my share of frustrations in the process.

Whether a younger player would be able to overlook the game’s rough spots to appreciate these narrative elements is another question, but regardless the game’s content makes it hard to recommend they do in the first place. Up until the romance scenes, near the end the game, would probably be appropriate for most teens, but depending on which character they grow close to, the mature content can take a major spike in the closing hours of the game. If your kid has any interest in Andromeda, it might make more sense to give them one of the older games in the series; they’re more polished, and while they still have romances and sex scenes, the scenes are considerably less graphic.

But if you are a fan of sci-fi and willing to overlook some of the game’s many technical and structural shortcomings, the journey to Andromeda may be well worth taking.