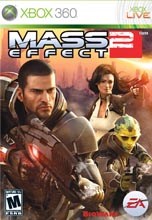 (Warning Review Contains Spoilers!)
After saving all known galactic life from the machine race known as the Reapers, Commander Shepard is on patrol when his ship, the Normandy, is attacked by an unknown force. The Normandy is destroyed, killing much of the crew and propelling Shepard into space, where he dies. His body is recovered by a human supremacist group called Cerberus, and through a mysterious program called the Lazarus project, he is restored and brought back to life in order to face a new threat. Human colonies are disappearing all throughout the galaxy: no signs of battle, no remains, no bodies, everything is just gone. Commissioned by a company that he does not trust, Shepard sets out to recruit a ragtag group of “the brightest, the toughest, and the deadliest allies he can find.” It is likely a suicide mission, but with humanity and possibly all galactic life at stake, Shepard and his team are willing to put it all on the line in order to save humanity and the rest of the galaxy.

Mass Effect 2 is the sequel to a game largely known for its epic story and well-developed characters. The first game offered much player control over the story, and allowed the player to make choices that molded Shepard’s personality into either a Paragon or Renegade type of hero. Mass Effect 2 continues in the same vein as its predecessor, with a long epic story and a cast of some of the most well developed characters seen in any game.

Mass Effect 2 is played from a third-person perspective: the player sees his/her character as if from a floating camera. During gunfights, the camera is positioned over the shoulder as the player battles many different kinds of aliens, humans, and robots. The player has a variety of guns to choose from, as well as many different biotic and tech powers: abilities that do many things, from flinging your enemies in the air to overloading their shields. Another large part of the game is dialogue sections, where the player can have Shepard talk to various people and choose how Shepard responds. These are shown from cinematic camera angles, and usually do not involve violence. However, a new feature in Mass Effect 2 is the ability to interrupt with a paragon or renegade response when prompted by the game. Some of these interruptions can be violent, such as punching the person you are talking to.

Mass Effect 2 is rated M for a reason, as it tells an intricate, dark story that spans over 30 hours of gameplay (much more if you do everything the game has to offer). There is definitely content that is not meant for younger players, so caution is recommended.

Shepard and his crew must kill many types of enemies, from robots to aliens to humans. Robots will sometimes explode when destroyed, but such lavish deaths are not applied to living creatures. There are little splatters of blood when an organic enemy is hit, but there is no dismemberment or gore. Some gory deaths are talked about in detail, and a few are implied off-screen. There are also a couple of levels where the player will encounter dead bodies that look like they have been skinned.

Biotic abilities give the player more powerful ways to destroy enemies. This, however, is no more gory than shooting them, though possibly more disturbing. For example, if an organic enemy is set on fire, he may scream wildly for a few seconds before death. If an enemy is frozen, they can shatter into ice shards with enough force.

As many different dialogue options are possible, it would be impossible to count exactly how much bad language is used in the game. Likely, there would be more on the Renegade path than on the Paragon path.

The F-word is used sparingly.

The S-word is used throughout the game.

“Damn” is used throughout the game.

As in the first Mass Effect, it is possible to follow a romantic sub-plot with one of multiple characters. If followed to completion, this ends with a sex scene right before the final mission. These scenes do not feature the partial nudity, however, that sparked controversy over the first Mass Effect game. In my experience with the game the female character straddles Shepard while they kiss. She starts to unzip her top allowing the player to see her bra. They then continue to kiss at which point the camera pans away.

Also, in various nightclubs, there are alien women dancing in revealing outfits. There are also a few sexual references throughout the game, some with sexual intent, and others simply referring to alien reproduction for informative purposes. Though I have to say I enjoyed one alien’s observation while being reluctantly forced into a bachelor party by his human friend: “So humans celebrate lifelong commitment by tempting infidelity?” Wise observation, my friend.

One of the characters that can accompany you on your missions, Jack (a woman), wears an outfit that reveals a lot of skin. In fact, you can see almost all of her breasts although her nipples are covered. Also, her entire body is almost completely covered by tattoos.

Many of the various alien races in Mass Effect 2 have some sort of religion. Some basic details of said religions are given throughout the game, though it is rarely focused on. One character is an assassin, and he has three prayers to three gods that he prays before, during, and after each assassination. But the story itself has no real fantasy elements, and in fact bases itself in some ways on the idea of evolution.

There is another character whose alien race often refers to the goddess. This character can be seen meditating in her room.

Mass Effect 2 gives the player the option to be a kind, caring leader, or a violent do what it takes to get the job done even if it means going against good morals such as betraying a teammate, leaving innocent civilians to die or killing someone who refuses to give you information: this freedom is gauged by the terms Paragon and Renegade. The player can choose to simply make Paragon or Renegade decisions throughout the entire game, but it is also possible to sometimes go one way and sometimes the other depending on the situation that presents itself. For example, I played primarily as a Paragon, but there were a few times when the situation called for a Renegade response in order to more adequately get the job done.

Mass Effect 2 delivered on its promises, offering a compelling story with likable characters in what is unquestionably one of the greatest sci-fi epics of our time. It takes advantage of gaming’s unique abilities as a storytelling medium by allowing the player to have a huge amount of control over the story, genuinely making it their own. To those who question gaming’s abilities as a storytelling medium, I simply say: “Mass Effect 2.”

But, like many great stories, it comes with a price. Violence, bad language, and a bit of sex provide enough of a downside that you will have to decide whether your teen, or you, are willing to wade through some mud to experience this gem of a game. Though much of the content is optional (just make good choices and go for a Paragon alignment to avoid much of it), it is still there, and you will have to choose whether it is worth the effort to see the brilliance behind a layer of moral muck.