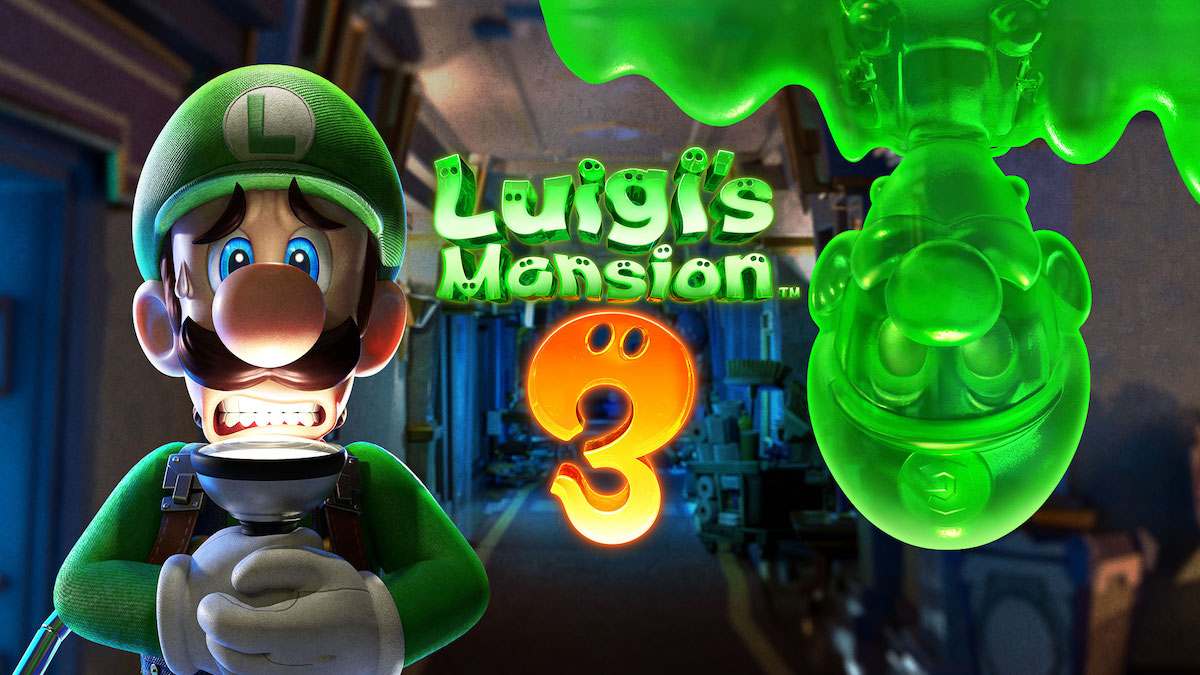 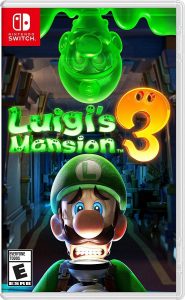 Game Description:
Though the GameCube has always been my main console, and one of my favorites, I never played Luigi’s Mansion. This GameCube classic has been regarded by an odd but loveable game by fans, full of personality and cool gameplay. The Nintendo 3DS sequel, Luigi’s Mansion: Dark Moon didn’t quite live up to fan’s expectations, though it did get a warm reception from critics

Now Nintendo is trying again at the series with Luigi’s Mansion 3.  Like Dark Moon, it’s been developed by Next Level Games, a trusted studio that has made quite a few games for Nintendo. Will this Luigi’s Mansion game live up to expectations?  Or will it be another lukewarm game like Dark Moon?

Let’s enter this spooky house and find out, together. . .

Violence:
The main goal of the game is to suck up ghosts with Luigi’s vacuum, and ultimately set Mario and friends free by traveling through the hotel to do so. The act of sucking up ghosts is nonviolent and cartoony, no detailed blood or anything like that. The game is devoted to kid-like, cartoony movements.

Language:
All tame. Nothing worse than “darn”.

Spirituality:
This is a game about the ghosts, so does come up, yeah.

Miscellaneous:
Not many accessibility setting here—actually, not many settings at all, only 3 in total. You can change the gyro sensitivity, which is nice, and adjust two elements of moment, but disabled players seeking more will be left wanting.

I like how the menu has a story guide, where you can read more about the characters and what’s going on so far. It’s a cute addition. In addition to this, having a helpful reminder of the controls in the settings is always good.

In the first King Boo chase, you can actually get caught by him and get a game over, instead of being invincible for the sake of the cutscene. I thought that was a nice touch.

Positive Elements:
The graphics are amazing—you can see the stitching on Luigi’s overalls, it’s so high quality! The team put a lot of love in this game, and it shows.

I love the way movement feels in this game. Luigi’s body has a satisfying weight to it, and it feels wonderful.

A Child’s Perspective:
I think most kids will love this game. Its goofy nature paired with a serious-ish story makes for great fun, and the mechanics are a blast to use.

Reviewers Thoughts:
Luigi’s Mansion 3 is a delight. Like the Pokemon games, it’s full of cartoony, over-the-top fun, mixed in with serious-ish battles. It’s a completely different take gameplay-wise, but I find a lot similar between the two.

I love seeing what the mansion’s going to throw at me next. There’s a ton of different settings, from a movie studio to a ___ , and you never know what the next destination will be. The controls are fun and satisfying to use—and the tutorial, where you learn how to play from Luigi’s ghost dog, is adorable and effective.

I love how they introduce the game’s physics by letting you move around and kick objects at your leisure, and later kicking objects becomes a way of getting coins.  It’s a fun and clever way of introducing the mechanic. The physics are a backbone of this game, and they are perfectly implemented.

The soundtrack is also incredible, as well as the cinematography—not just in cutscenes, but in the camera elements of the game itself. The camera swoops gracefully from room to room, and I never found it obstructing my view. There was a small problem of collectables going off-camera, but this barely ever happened and didn’t halter my enjoyment.

I highly recommend Luigi’s Mansion 3.  Pick it up, and see the spooks for yourself.