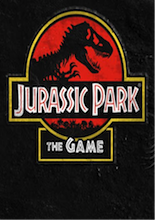 Parents, do you remember when the first Jurassic Park film came to theaters? One of Stephen Spielberg’s finest creations changed our imagination of dinosaurs forever. People were even beginning to believe genetic cloning of dinosaurs was possible.

The events of this game take place in-between and after the events of the first movie, following a group of survivors: veterinarian, Dr. Gerry Harding and his daughter Jess, Nima Cruz, a Costa Rican merc after the dinosaur embryos Dennis Nedry tried to steal in the first film, Dr. Laura Sorkin, a park scientist, and Billy Yoder and Oscar Morales, mercenaries hired by InGen to extract the survivors.

With things in the park gone haywire, the survivors must work together and get off Isla Nublar before they become *ahem* extinct. Played like a Jurassic Park film, but sticking true to Telltale Games puzzle-solving nature, this game will keep you at the edge of your seat.

Should your kids come see the sights of Jurassic Park? This review should hopefully give you some help deciding.

(Note: This review spans all 4 episodes.)

The game begins with Nima running away from some dinosaurs, with parts of her body bleeding. Her body is covered in bloody scars throughout the game. Her arm gets slashed by a poisonous dinosaur. There are a few mini games where you tap certain buttons to survive. Fail to tap the buttons at the right time, and the player may die, sometimes violently. Nima is hit by an oncoming truck, but survives.

Some human bodies are stained with blood. One merc is believed to have been shot in the back. A terrified merc is shot in the arm. He is later eaten by a pack of smaller dinosaurs. Two mercs fight each other, one slashes his opponent with a knife, scars shown. The enemy merc later gets his head bashed into an electric fence and survives, only to be eaten by a T-Rex moments later.

An alpha Triceratops rams a Jeep, with Jess still inside it, and you have to get her out before she is crushed. More than once, a dinosaur gets in a fight with another dinosaur.

A dead man can be found in an abandoned Jeep, which a Dilophosaurus was feeding on. Some people do get eaten by dinosaurs, and the outcome can be pretty violent. A few dinosaurs get hit and killed by some vehicles. A rat is eaten by a raptor. Oscar stabs a raptor with a knife. One raptor has a knife wound across his eye. A brain-dead human is found in a dinosaur nest, in the final stages of the dinosaur venom. A bloodstained egg is found laid inside him. Any gory parts are mostly covered in nest leaves. Billy threatens a survivor with a knife, upon learning she was responsible for his team’s death.

In Episode 1, at the Visitor Center, there is a puddle of blood, with some dinosaur body parts nearby. Once, you have to shoot a Tyrannosaurus Rex with tranquilizer darts to keep it away from Jess. Nima suffers symptoms from a poisonous dinosaur bite.

Frequent mild profanity, including some Spanish swearing, and several misuses of God’s name. Some of the dialogue choices include profanity.

One incomplete utterance of “What the fu…!” One use of ‘friggin’ and another of ‘frickin’.

Nima wears a tank top. Billy cracks a few innuendos, including one about a stripper.

One character asks if two others made out.

Nima mentions how some of the young girls in her tribe get snatched up by cartels for drugs…or they just disappear.

Oscar has some crosses and skeletons tattooed to his arm, which symbolizes the people he killed or people that died under him. Another merc has a creepy-looking eyeball painted on the back of his helmet.

Nima seems to have a personal devotion to Isla Nublar, as it used to belong to her people. Her father was a spiritual healer for her people’s deity. She believes the mountain on the island was built as a house by the animals of the world. Billy cracks a joke about a Priest.

Gerry describes himself as a “Hellion” when he was a kid.

In one episode, some dinosaur droppings are found. Gerry mentions that they have snow shovels, but they don’t use them for shoveling snow. Billy complains about having one pair of pants, after he is startled from behind. Some dialogue choices in the game can either be mean or nice.

In Episode 1, Nima can choose to steal some passes to get past the security checkpoint. In one part of the game, she holds Gerry and Jess at gunpoint. She accuses InGen for crimes against her people.

Dr. Sorkin has been known to be an avid animal rights activist in the 70’s, and has been arrested several times. She even tells Jess that youth is the time to be reckless and test your abilities.

Spoilers: Nima and Jess were an awful lot like each other when they were young, as they both had daddy issues, but Nima forgave her father and blames InGen now. Sorkin seems to strongly value dinosaur life more than human life, no matter the consequences. Jess is a bit of a rebel and is disrespectful of her dad. She occasionally swears. In the past, she’s been responsible for some illegal acts such as shoplifting, smoking, and driving a car without her Mom’s knowledge. Jess even asks if she can get a tattoo, and steals a pack of cigarettes from Dr. Sorkin and lies about it. Oscar smokes, and Dr. Sorkin asks for cigarettes. Jess drives a Jeep while her dad tends to Nima’s wounds. Jess and her dad have a fight, but Jess eventually apologizes. Near the end, she apologizes for her criminal behavior and for being such a rebel. Her dad doesn’t blame her, but his reasons for coming down hard on her were to cram all the time of being a father to her in the short time he has with her, and because he didn’t want to lose Jess like he lost her Mom when they divorced. One of the mercs gives his life to save the survivors. Some of the survivors seem noble, but in the end try to achieve their own plans at the expense of innocent lives. One ending outcome depends on whether the player saves Jess or the dinosaur embryos. Choosing the latter means death for a central character. (End Spoilers)

Billy makes a reference to tequila. Jess and her father crack a beer joke together. Gerry is a terrible husband and father, which explains his daughter’s behavior. He says he is the genetic carrier for rebellion, and regrets not being a present father figure for Jess.

In one situation, the player is told to leave someone for dead, but he chooses to help instead. Billy keeps a fellow soldier from killing a dinosaur he’s just kept from eating him.

A Child’s Perspective: Due to the amount of violence, language, and breaking of the 5th Commandment, I wouldn’t recommend this game to teens under 16, or any kids that have rebellion issues.

Jurassic Park: The Game stays true to its roots in this installment, and it proves to be a masterpiece. However, the game can be a little challenging by the amount of survival situations scattered throughout. I was greatly disappointed in Jess’ behavior and her Dad’s failures to correct her, though I do believe they possibly both changed for the better in the end. Still, I advise parents to tread carefully when deciding to let your children play this game, due to the game’s objectionable content. For those who have watched and loved Jurassic Park, I recommend this game to them, but please make sure your kids have a good understanding of Ephesians 6:1 before allowing them to play it.