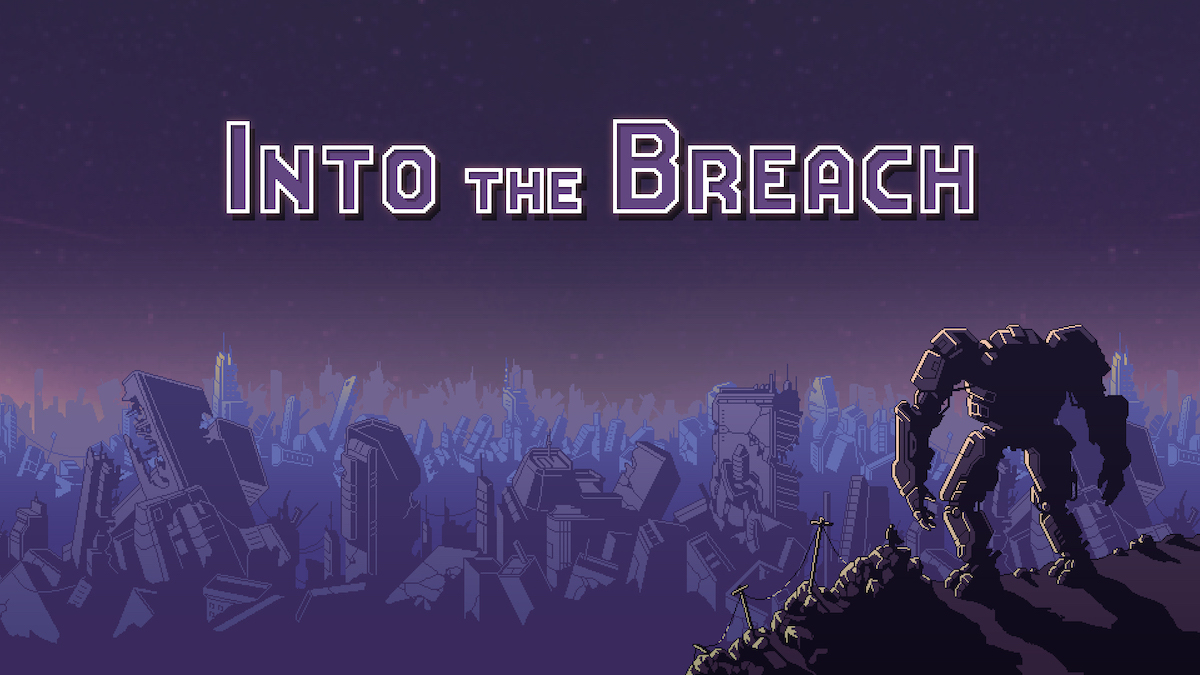 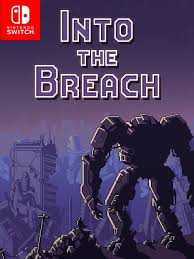 Game Description:
I love tactical games. Anything that wants to poke with my brain as a gameplay element—I’m hooked. One I particularly enjoyed in that genre is FTL: Faster Than Light, a real-time strategy game by Subset Games where you re captain of a starship trying to escape bloodthirsty rebels. I put more than a few hours into that game, and greatly enjoyed my time with it.

Perhaps I’ll give it a review in the future. But today, I’m proud to be looking at Subset Game’s newer project, Into The Breach, a turn-based strategy game. While this one keeps the sci-fi atmosphere of FTL, the gameplay and story are totally different. So, let’s activate protocols and dive Into The Breach.

Violence:
The goal of the game is to wipe out The Vek: aliens who have, in the future, wiped out Earth and the human race. We have the ability to travel back and time and prevent this, fighting the Vek with giant mechs over and over, in hope of a better future.

Fighting the Vek is an act of turn-based fantasy violence, but there is occasional blood, and the deaths you experience are real—if a mech pilot dies, they’re dead for good now, and if a city’s destroyed, you see the number of casualties onscreen. It’s a harrowing thing for a game with such pixelated graphics, and daring for an indie game to go places even massively funded games won’t.

Language:
Some. Usually just things like “darn,” but there is some swearing here and there.

Miscellaneous:
I wasn’t expecting many accessibility options here, since mainly all you do is click to do things. But to my delight, Into The Breach has bigger fonts, a colorblind mode, a maximum scale for the board, and adjustment to cursor sensitivity. It even has controller support if you’re into that. Nice!

Positive Elements:
Like their previous game, the graphics are beautifully pixelated and the gameplay is super solid. The music by Ben Prunty is also fantastic, somber and thrilling in all the right ways.

A Child’s Perspective:
Does your child like board games and/or turn-based games? How about sci-fi, cool robots, and time travel?  Then Into The Breach is just their thing.

Reviewers Thoughts:
Into the Breach is a phenomenal game. It’s satisfying to play, and the story is interesting to watch unfold. I love moving my giant mechs around to defeat aliens, while experiencing a story rich in questions about whether the future deserves to be changed.

I don’t really have any complaints.  Go buy it!