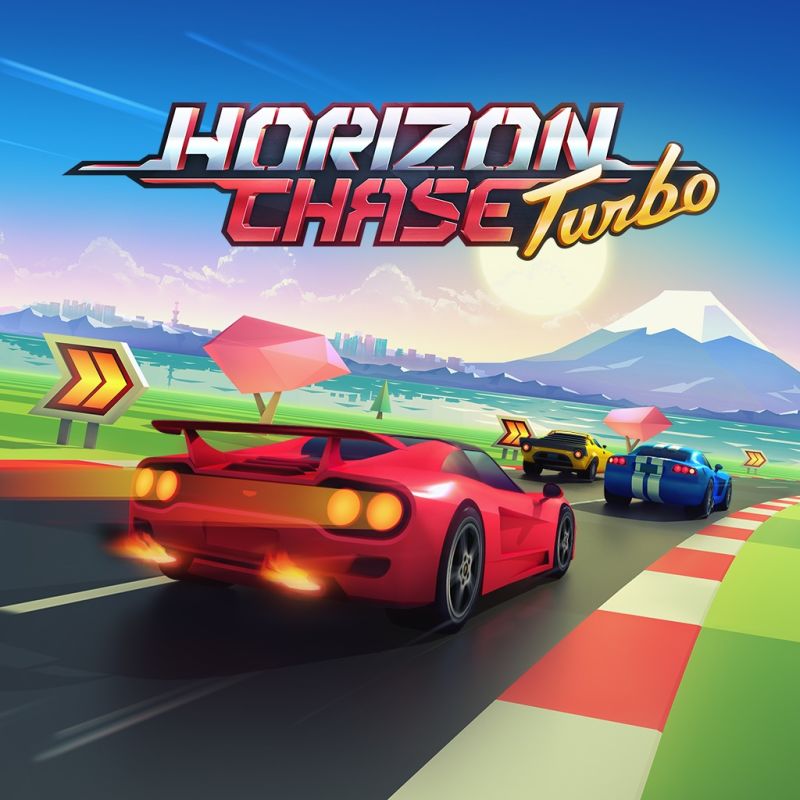 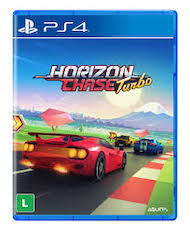 Game Description:
If you went to any arcades in the 90s (or anywhere with arcade machines, like bowling alleys or Chuck E.  Cheese), you probably came across a racing arcade game called Cruis’n USA, or its sequel Cruis’n World. You may even have owned those games on the Nintendo 64. They were the vanguards of an old kind of racing game, where technical mastery of your vehicle wasn’t as important as in the realistic racing simulators that are popular now. The car moved with the track, to some extent, and the player’s job was simply to maneuver through the other cars, get powerups, and use boosts wisely enough to take first place.

But this particular type of racing game, appropriately dubbed the “arcade racer,” all but ceased to exist when its technical limitations became unnecessary. Once we could render photorealistic cars and effectively simulate how they handled, the genre moved in that direction. The genre disappeared for a good while.

Horizon Chase Turbo is an appeal to the nostalgia of that era. It’s refreshingly simple, appealingly old-school, and surprisingly chill, and up to four people can play in split-screen mode. So let’s take a look and see if this racer is appropriate for your kids.

Violence:
If your car hits obstacles, it can spin out or even flip over, always to land back on the road and keep going without issue.

A Child’s Perspective: I enjoyed games that were pretty much just like this as a kid, so I expect children would enjoy it plenty now too. At least as long as they’re not super into cars and sticklers for realistic racing simulation.

Reviewers Thoughts:
Generally speaking, I’m not a big fan of racing games. There are exceptions, usually chaotic mascot racers like Mario Kart and Crash Team Racing, but even then they’re no substitute for an action game or weird indie title with a good story.

That said, I enjoyed Horizon Chase Turbo a good deal. Partially because it’s relatively simple; the challenge in realistic racing sims lies in one’s ability to understand the complexities of controlling their vehicle, and the simple act of driving well requires a good deal of skill. This doesn’t have that high skill barrier, instead focusing on simple positioning and item collection. It’s not realistic, but it’s fun, and surprisingly… kind of chill.

The colorful visuals and laid-back techno soundtrack help give the game a relaxing feel, and combined with the speed in the visuals when you’re heading down the track, playing Horizon Chase Turbo can almost feel like going into a relaxing trance. A competitive one, but relaxing nonetheless. Playing with friends is less so, but still fun in its own way.

And as a nice bonus, even the mildly objectionable elements you might find in some racing games, like scantily-dressed women or profanity in song lyrics, aren’t to be found here. There’s no age restriction on this one, so if you think it sounds like a fun addition to your family’s gaming time, it’s definitely worth a look.