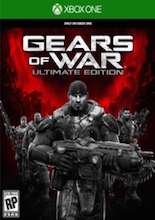 In 2006, action games were changed forever with the release of Gears of War. Boasting impressive technology and an innovative cover mechanic (using a button to take cover and move relative to it), it was a hit with both critics and players alike, and a major seller for the Xbox 360.

Since then, the series’ effects can still be felt, namely due to the fact that nearly every third-person shooter since has used a similar cover mechanic. And while the most recent entry into the series, Judgment, was quite coldly-received, there’s still a following for the series apocalyptic storyline and fast-paced, visceral gameplay.

Since series creator Epic Games moved on to other projects, the new studio responsible for the series’ development (entitled “The Coalition” in reference to the government in the series) decided to touch up the original game in order to get a feel for the series before creating their own original entry sometime next year. The result is a touched-up recreation of Gears of War, updated to play on the Xbox One in all the system’s visual glory.

So once again we return to Sera, a planet where humans recently went through an event called Emergence Day. Thousands of terrible creatures called the Locust suddenly erupted from the ground, killing most of the planet’s population and sending the world into war. A soldier named Marcus Fenix, along with a few other friends, are tasked with mapping the Locust tunnels and delivering a bomb that should cripple them. The story is completely rote as far as sci-fi war goes, but it serves its purpose.

So does the game hold up after all these years? And whether or not it does, do you want your kids playing it?

Gears of War is famous for its graphic violence, most notably inflicted by the games’ signature weapon, the chainsaw attached to an assault rifle. That chainsaw bayonet, along with explosions, point-blank shotgun blasts, and gruesome headshots, result in spectacular splatterings of gore and dismemberment all over the screen and environment. Bullets will hit people with sprays of blood, and blood will pool on the floor around the body of a fallen combatant.

This violence is in the context of a war, and you never kill innocent people. The multiplayer has one side playing as the Locust, but that’s just to set up the scenario, not to actually sympathize with them.

It’s notable that the extreme violence can be turned off in the menus.

Words such as “F**k,” “S**t,” and various lesser forms of profanity are used regularly throughout the game. The more intense language can be turned off in the menu.

Nothing to speak of.

The monsters being fought are a previously-unknown race of alien, and have no spiritual connections.

For its time, Gears of War was a marvel of both technology and design. And while its age shows, and removes much of that appeal, it’s still a solid game, and the visual upgrade is impressive. The story is weak as ever, but the characters are so much more expressive that I care more about them anyway, and the gorgeous ruined architecture of the series is far more beautiful on the current generation.

Arguably the biggest improvement is the upgrade of the multiplayer to 60 frames per second. The game plays at the same speed, and the first game’s multiplayer is still the best of the series, but everything looks so much smoother it’s almost a surreal experience the first time you play it again. Gears of War looks better than ever.

I’m enjoying the nostalgia here, since I played this game a lot in college, and it would also be an excellent introduction to the series (especially since it comes with the original 360 versions of the rest of the series as a downloadable bonus). That said, it’s certainly not suitable for younger kids. The violence is graphic and in-your-face, and there’s plenty of language flying around. If you’re looking for a unique multiplayer experience, Gears is still the best at what it does, but if your pre-teen is asking for it you may be better off waiting a while.