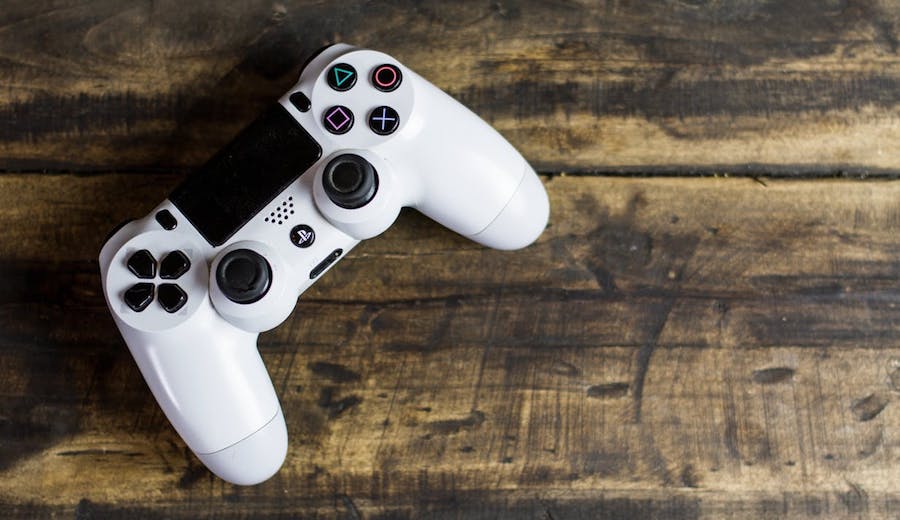 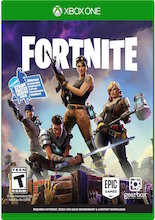 In 2017, Epic Games (creators of classics like Unreal Tournament and Gears of War) released Fortnite, a cooperative horde defense shooter in which four players would defend against waves of zombie-like enemies by building forts and fighting with a variety of weapons. But later in 2017, the battle royale genre (in which many players are dropped into a large space with no resources are challenged to be the last surviving player) gained popularity, and Epic decided to branch out into the genre with a free addition to Fortnite later in 2017.

Each match begins with 100 players air-dropping into the game’s large playspace, making their way through the skies down to whatever portion of the map they want to start in. Once they land, it’s time to gather resources; every player starts with nothing more than a pickaxe they can use to destroy things and gain materials (wood, brick, or metal), which they can then use to build structures and provide cover, create fortresses, or reach otherwise inaccessible areas. Also scattered throughout the world are a variety of weapons, tools, and resources that will equip a player to survive against the other players.

At first, they may not encounter anyone if they drop in a remote enough location. But as the game progresses, a storm begins closing in on the island, shrinking continuously and forcing the remaining players into a confrontation. In the end, the player or team with the best resources and most clever tactics will emerge as the victor over 99 others.

It’s a major twist on previous multiplayer formulas that have been popular within video games, and one that’s only been around for five years and only gained popularity in the last two years or so. So of course, Fortnite’s entry into the still-growing genre has been met with a lot of enthusiasm. So let’s take a look and see if Fortnite Battle Royale is appropriate for your child to play.

NOTE: This is only a review of the free Battle Royale mode of Fortnite. The original game still costs money to purchase, and is not nearly as popular, and thus has not been included in this review.

Violence:
Fortnite Battle Royale centers on violence as part of its premise, but that violence is mild, and the focus is on friendly competition, not cruelly inflicting pain or death. Think of it less like Grand Theft Auto and more like paintball.

Players will use a variety of weapons, from crossbows to shotguns to spike traps, to fight other players and be the last alive (or last team alive, in the case of the duo and squad modes). The art style is vibrant and animated, and there is no blood or gore.

Language:
There is no language in Fortnite Battle Royale.

There is a team chat option, and of course the game cannot control what other people say, but the written chat does have a profanity filter that is activated by default.

Miscellaneous:
The basic premise of the game is notably similar to popular stories like The Hunger Games and classic novels like the aptly-titled Battle Royale. However, whereas those stories present their subject matter intentionally as a horrifying social commentary, Fortnite Battle Royale is nothing more than a friendly competition, and is not meant to be understood in the same way.

Positive Elements:
Fortnite Battle Royale is a game about inginuity, and making the most of your wits and limited resources, even when grossly outmatched. When playing with other people, it also becomes a game about teamwork and communication, which makes it a legitimately beneficial activity for friends and family to bond over.

A Child’s Perspective:
Considering how many children seem to be in love with this game, I think the question of whether children enjoy it is fairly obvious.

Reviewers Thoughts:
After hearing all the fun, unique stories that came out of the previous king of battle royale games, Playerunknown’s Battlegrounds, I was excited to give Fortnite a try. And it is indeed a fascinating and enjoyable experience. The tension of knowing that everything you’re working for could be lost if you’re not careful combines with the overwhelming feeling that victory, however difficult, is still attainable, and the result is a compelling multiplayer experience that absolutely deserves all the buzz it’s gotten.

Even better, when combined with other people, the game becomes an enjoyable way to pass the time with others. My wife and I have played our fair share of duo games, and while neither of us are good enough to win a match (yet), the process of seeing our mistakes and trying to patch over our shortcomings in subsequent matches is a very enjoyable bonding experience. Add to this that the game is completely free, and you can see why it’s gotten as popular as it has.

The game’s popularity has given rise to concerns about addiction, which Jonathan and I discussed in another article, but ultimately there’s little concern to be had with Fortnite Battle Royale. Its competitive and colorful atmosphere render the violence pretty harmless, and there’s really no other content concerns to be had. So long as your child plays the game in moderation, this is actually a pretty great activity for them to be doing with their friends, on their own, or if you will consider it, with you!