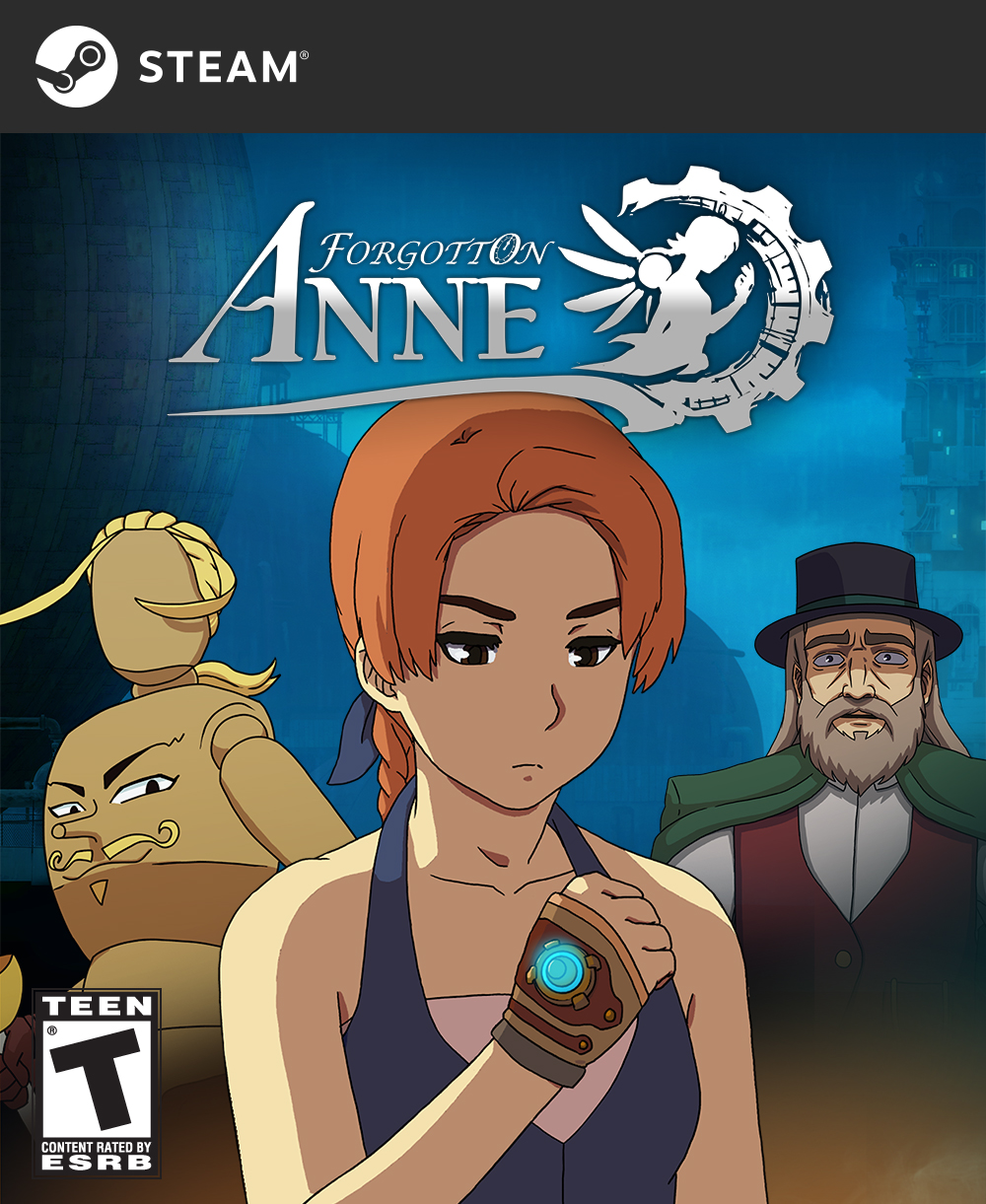 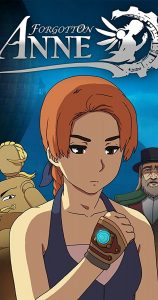 Game Description:
You ever wonder where lost items go when you give up on finding them? When they’re forgotten by their owners? Forgotton Anne (and no, the “o” is not a typo) is about the world where forgotten items go, and the young woman who, herself forgotten, finds herself at the intersection of a man desperate to return to the human world and the forgotlings who prefer their sentient lives.

It’s a unique premise, but the main draw of this game is the animation. ThroughLine games put a lot of love into the designs and style of this game, and it’s evident by all the animated sequences and lovingly-crafted movements in-game.

In terms of gameplay, it’s a fairly standard adventure game; much of the gameplay revolves around talking to characters and choosing how to treat them, and occasionally solving puzzles or navigating a complicated environment. It’s not a fast-paced game, but neither is it boring; it’s about interacting with a colorful cast of misfit objects and making decisions that change the course of the story. Most notably, Anne is able to “distill” forgotlings; essentially, take their lives and turn them back into normal, everyday, inanimate objects. And it’s up to the player how often, if at all, she uses this ability.

So then, let’s see about kid-friendliness.

Violence:
There isn’t any violence in the traditional sense, but since forgotlings can be “distilled,” it is possible for the player to kill characters. Visually, this looks like light being sucked out of them, or sometimes light simply being shone on them.

Language:
Some mild language, such as “damn,” is used on occasion.

Spirituality:
There’s certainly a degree of magical fantasy in here; inanimate objects disappear into this dimension when forgotten, and there’s a life force called “anima. This power seems to be central to how this otherworld works.

Miscellaneous:
The game puts the lives of many characters in Anne’s hands, giving them the choice to ruthlessly kill various characters or be more empathetic and merciful. This obviously means players can essentially go on killing sprees, but also…

Positive Elements:
…it means there is significance to being graceful, loving, and considerate. The game is primarily about this tension between ruthless, single-minded extremism and empathetic, open-minded love, and allowing the player to choose between them makes that distinction as stark as ever.

A Child’s Perspective:
I can’t even count all the families I know who play this game (and the previous ones) with their kids. Kids love Animal Crossing.

Reviewers Thoughts:
Forgotton Anne is a flawed game in many respects. The emphasis on smooth animation means the platforming can feel clunky at times, and the ability to distill forgotlings isn’t quite universal enough to really hammer home the dichotomy between peaceful and violent approaches. But nonetheless, it’s a visually impressive game with some great characters and loads of personality.

It’s best compared, I think, to a Don Bluth movie. Remember him? Made some great animated films like The Land Before Time, An American Tail, and The Secret of Nimh (though the less said about his later films, the better). Those movies weren’t quite as bright, fun, and cheery as their Disney counterparts, and in fact sometimes got downright dark. But they still had a lot of charm, and there was always something valuable to say at the heart of them.

Forgotton Anne is probably not great for young children, but somewhere around that E10 rating is an ideal audience of kids who can handle some relatively mature concepts and stick with a game that isn’t constantly fast-paced and action-packed. This game is definitely worth a try for them, and would probably be a great candidate for playing with them, too. Let them make some decisions, help them reason through what’s happening, and use the story as a discussion piece to navigate some interesting moral questions. And with how many platforms it’s available on, it would be easy to do!