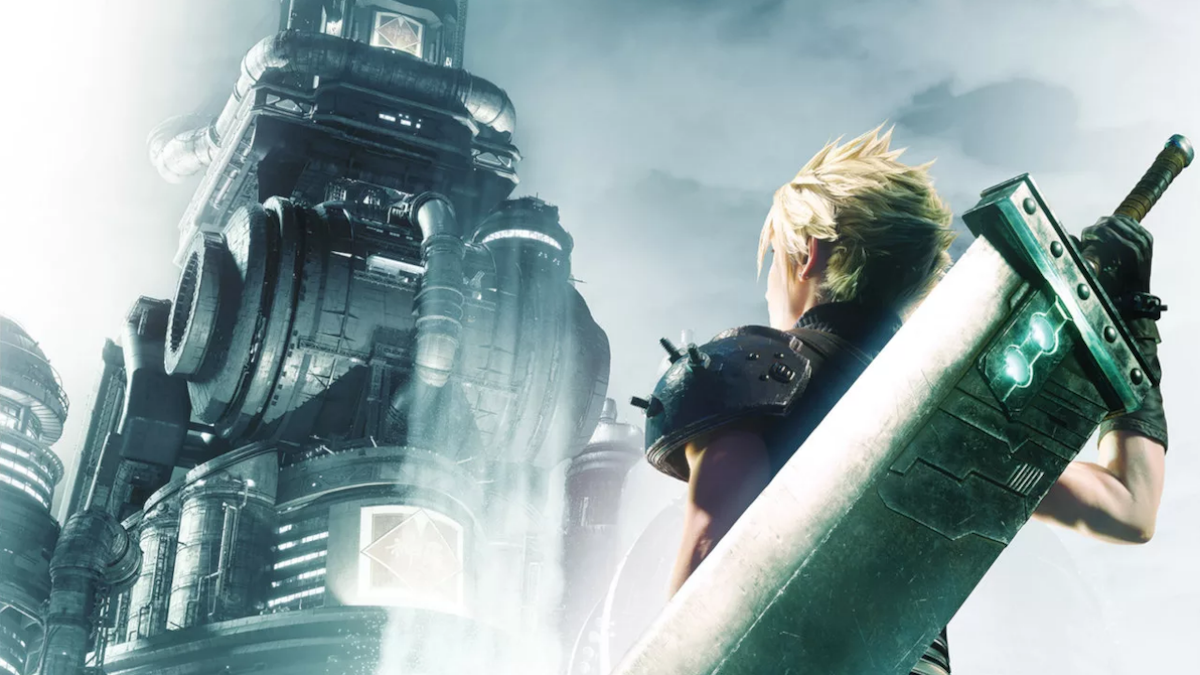 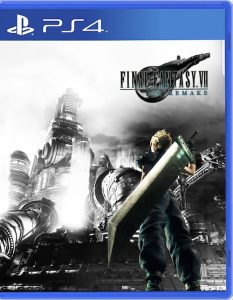 Game Description:
If you’re not into video games yourself, you may not be familiar with it, but t’s hard to overstate the impact of Final Fantasy VII.

It was the first in the beloved series on the original Playstation, the first successful disc-based video game system, and it made use of the new technology in ways no video game to that point had managed. It redefined its genre and set a new standard for visual storytelling in the medium. It set the imaginations of countless people ablaze and, for many, was the first time a video game made them cry.

That was in 1997, and fans have been clamoring for a remake ever since. Well, here it is.

Final Fantasy VII takes place in the fantastical city of Midgar; while successful from the outside, the city uses electric power gained by literally sucking the life energy out of the planet, and the poor of Midgar are relegated to the slums, where they live in squalor below giant metal plates that house the wealthy and block out the sun. The player takes on the role of Cloud, a soldier-turned-mercenary who has defected from the greedy Shinra corporation and gets caught up in the struggle to take them down.

The Remake significantly expands on the events of the original; so much so that its 40-hour runtime only covers the first fifth or so of the original game.

And it could be a good fit for your kids or teenagers! Let’s take a look.

Violence:
The player will control a number of characters that use various weapons–such as fists, swords, guns, and magic–to fight a large variety of enemies, from humans to monsters to robots to a giant weaponized house (don’t ask). The combat is bloodless, though some blood is seen in videos that move the story forward.

Language:
The word “s**t” is used regularly in dialogue, along with a number of lesser profanities like “damn” and “ass.”

Sexual Content:
There is one famously suggestive scene in the original game that made it into this one, in which Cloud comes across a number of colorful characters in the red light district while trying to dress as a woman to trick his way into the mansion of a crime boss who auditions young women to be his next bride. There is no nudity, but there are a number of revealing outfits, a gentleman’s club where women are dressed in skimpy bee outfits, and a scene where Cloud gets a hand massage but reacts as though it’s much more sexual than it is.

Once Cloud gets in, the crime boss fawns over him with sexual motions and comments, until Cloud’s friends break in and they all get him to talk by threatening various mutilations to his genitals.

There are also some suggestive comments and flirtations on the part of a couple characters.

Spirituality:
This first part of the Remake doesn’t get fully into the mythos of Final Fantasy VII, but it is a fantasy world with fantastical elements such as magic and a planetary life force.

The central conflict is around the megacorporation Shinra producing energy by extracting and burning the life energy of the planet. That energy can also materialize as Materia, which is used to grant superhuman abilities (such as the magic spells players can cast, and even summoning powerful beings and farmyard creatures to fight alongside them). The dead return to this energy as well.

Miscellaneous:
The player participates in a few ethically questionable activities. Mainly, the game begins with an attack on one of Shinra’s Mako reactors, a literal act of eco-terrorism that has a negative impact on the people of Midgar (though it’s also made clear that Shinra intentionally exacerbates things to make the people more firmly reliant on them). The game does not let these actions stand uncritically, but they are there.

Positive Elements:
Final Fantasy VII is about a lot of things: identity, grief, death, environmentalism, capitalism, all sorts of things. The story is wildly incomplete as of this remake, but even so it manages to engage meaningfully with all of these ideas, crafting a story about resistance against greed and evil, about our connections to others, and about taking responsibility for our actions. There’s a lot of positive discussion that could come from this game’s story.

Reviewers Thoughts:
For all the accomplishments of Final Fantasy VII, I personally credit it with making me realize just how powerful video game stories could be. The original game is still one of the most complex, cohesive, and meaningful stories in the medium, even despite a spotty translation and aged presentation.

The Remake, for the most part, recreates this extremely well. The gameplay is easily the smartest transition from turn-based combat to real-time action I’ve ever seen, effectively adapting the core ideas of the original game into a completely different gameplay style. The characters and world of the game are recreated so well that I loved revisiting them as a fan, and first-time players will easily get sucked in. The rearranged and orchestrated soundtrack is incredible too. It goes off the rails a bit at the end in a controversially meta attempt to comment on the nature of the remake itself, but overall it succeeds quite well.

It’s not really a game for young children; the suggestive content and language in particular are definitely more suited to teens. But it never gets extreme or graphic, and the experience to be had here is more than valuable enough to make the game a worthwhile experience for anyone mature enough to handle it.