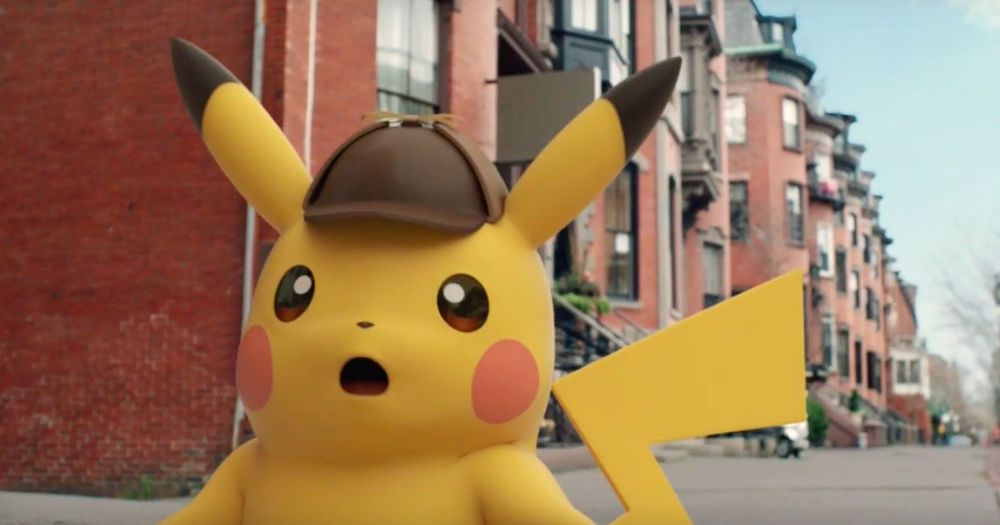 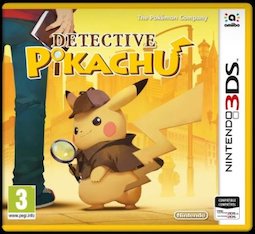 Game Description:
Yes, there’s a movie coming out with the same name, but did you know it’s actually based on a real Pokemon game?

The Pokemon franchise has been around for a long time, but while most people are aware of the main video game series and the collectible card game, the spinoff video games have mostly flown under the radar. Some have gotten more attention than others, such as Pokemon Snap, the experimental photography game on the Nintendo 64, but Pokemon has had a lot of spinoff games that manage to fly by unnoticed. And this one might have as well, if not for the decision to adapt it into a major Hollywood movie.

Detective Pikachu is a mystery game where the player takes control of Tim, a young man who visits Ryme city to try and find out about his father’s disappearance, and ends up teaming up with his father’s Pikachu, who Tim can understand for some reason and who knows something about his father… if only he didn’t have amnesia. So the two set off to find Tim’s father and Pikachu’s partner, uncovering a dangerous mystery along the way.

The game is essentially a series of logic puzzles; the player explores an area, searching for clues and interviewing people, then uses the information gathered to put together what happened and who’s responsible. Add some cinematic adventure game elements, such as extensive cutscenes and occasional quicktime events, and you have a game that’s rather unlike anything the Pokemon series has delved into before now.

With the movie coming up, there’s plenty to talk about here, but let’s take a look at the content first, to see how appropriate the game might be for any curious kids.

Violence:
There are occasional scenes of mayhem, all with very mild, cartoony violence. In one scene, a Charizard (a large dragon-like creature) is seen rampaging and breathing fire, but no one is hurt. In another, a Pokemon zaps another with electricity.

Language:
Nothing to report.

Spirituality:
Pokemon have various abilities that could be interpreted as magical, but tend to be presented as biological. Different Pokemon have different abilities based on the kind of Pokemon they are. There is no mention of spirituality or magic.

Miscellaneous:
Being a mystery game, there are mentions of various crimes, such as theft, black markets, and blackmail.

Positive Elements:
Tim and Pikachu use wit and intelligence to figure out what criminals are up to and stop them from hurting people. The characters display a good sense of integrity and honor in what they do.

A Child’s Perspective:  I didn’t get a chance to have a child play this one, but I would like to say that if I had this game when I was a kid obsessed with Boxcar Children, Nancy Drew, and Encyclopedia Brown, I’d have absolutely loved this game.

It is very much intended for children; the mysteries are fairly easy to solve, much of the gameplay essentially consists of looking around and talking to people, and when it comes time to put the pieces together Pikachu basically walks the player through a series of simple logical steps that they have to complete in order to find the answer. It’s really good at what it’s doing, actually, just clearly designed with children in mind rather than adults.

The presentation is great, and fans of Pokemon should enjoy seeing this perspective on the world and mythos of the series. There are all kinds of Pokemon that the player can talk to, and the cutscenes that drive the plot forward are well-done and enjoyable to watch. In the end, the mystery story is a tad predictable, but that hardly took away from my enjoyment of the game overall. It really does earn the comparison to children’s mystery books; it’s basically an interactive mystery book/movie that the player takes part in and figures them out for themselves. Like Encyclopedia Brown with colorful monsters!

And with the movie coming out soon, it’s fun to see what it’s based on. This summer we’ll find out how the movie adapts the Pokemon universe, and this game in particular, to the big screen, and I, for one, will have a lot of fun seeing how it manages.