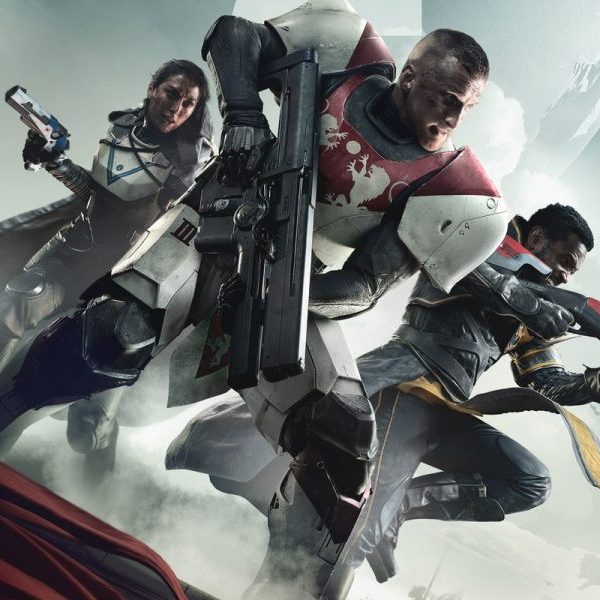 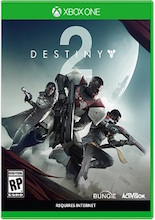 In 2014, Destiny introduced us to a future where a mysterious, planet-like being called the Traveler bestowed upon humanity technological advancements that allowed us to spread throughout our solar system. But that spreading was brought to a violent halt when multiple, distinct factions of beings from beyond the stars followed the Traveller here, and pushed humanity back until all that remained was a single city under the protection of the Traveller. We play as a Guardian, a once-dead warrior brought back to life and immortality by a small robot called a Ghost, a gift from the Traveller to empower humanity to fight back.

But the first game, ambitious though it was, was imperfect. The basic gameplay of Destiny is among the best the shooter genre has to offer, but it was paired with so many small, annoying design mistakes and a poorly-conceived storytelling approach that it took Bungie a full year of updates to finally get the game (mostly) right with its expansion, The Taken King. Destiny 2 seeks to build and improve upon the formula they established with a new story, new locations, new characters, new everything.

It takes place in the same setting, but this game begins with the destruction of the last city and the capture of the Traveller, cutting guardians like the player off from its light (and thus, from their immortality and abilities). Your goal in Destiny 2 is to fight through the hordes of hostile aliens to reunite the leaders of the Guardians and take back the Traveller.

The game is a first-person shooter, and it plays entirely on the internet, but it’s not like many online shooters you may be familiar with, like Call of Duty or Halo. The main thrust of Destiny’s online play is cooperative; there are a ton of story missions, multi-level strike missions, and various exploratory activities, and almost all of them can be played with friends. Destiny 2 is a cooperative story experience.

Even better, the T rating implies a degree of kid-friendliness that the rest of the shooter genre doesn’t usually manage! So let’s see how well this game can work for your kids.

Violence:
Since Destiny 2 is a first-person shooter, the game is of course focused on violence. The player sees through the eyes of their character as they use a variety of guns, explosives, and swords to kill aliens and robots. Hits are met with mild splashes of blood, and in some cases large explosions of other things; the robotic Vex can explode in white robot fluid, the tank-like Cabal can have their helmets explode in a rush of dark-colored air, etc).

Language:
The word “asshole” is heard at one point.

Sexual Content:
Not only is there no sexual content, Destiny has always been excellent at including armor that looks both awesome and functional, so gaming’s tendency to make powerful armor look skimpy on women is completely avoided here.

Spirituality:
Destiny 2 is about technology and alien races that are so advanced we don’t understand how they work. So while the premise establishes that this is all technological, it looks like magic, and is often referred to as such.

Positive Elements:
Destiny 2 promotes cooperation and teamwork over competition, and even when competition is present it’s framed as a tool for improving our ability to work with others and accomplish things. The story reflects this as well by focusing on reuniting the Vanguards; we see these characters fight and argue regularly, but when push comes to shove they unite and work together to save what they love (even in the face of great risk, since they are no longer immortal).

A Child’s Perspective:
I’ve not seen a child play Destiny 2, but I know a lot who play it and enjoy it. The gameplay is similar to other shooters children often want to play, but since the game is more appropriate for children then games like Call of Duty, there are more kids playing it. They tend to enjoy it a good deal.

Reviewers Thoughts:
Despite its many flaws, I really enjoyed the original Destiny: my wife even saved up to buy a second PS4 just so we could play it together! So of course we were both excited to play the sequel, and so far, it has not disappointed.

The storytelling still carries over some of the flaws of the first game, but overall it’s a much more enjoyable and meaningful narrative experience. Many of the frustrations with how loot drops work have been addressed, and the new system of kinetic and energy weapons allows for a more customizable loadout system. There are less repetitive quests and objectives, and the exploration areas have a good deal of hidden secrets and lengthy adventures to find. It’s still not perfect, but it really is what Destiny was meant to be.

It’s worth noting that Destiny 2 is a game with a lot of content, and that content updates regularly. As I type this, people are trying to make their way through the first raid, the longest and most difficult activity of the game, which released a week after the game itself. So I have not, by nature of the game, done absolutely everything it has to offer. I will update this review in the unlikely event that Destiny 2 has some kind of dark secret waiting in its depths that makes it inappropriate for your kids, but having played the entirely of the main content thus far, I can say pretty confidently that if your kid is good for PG-rated movies, there’s probably nothing in here that will challenge them much.

Overall, Destiny 2 is a major improvement, and like its predecessor, it’s relatively kid-friendly for its genre. If you want a game that your kid can enjoy as much as you, this is a pretty good choice.