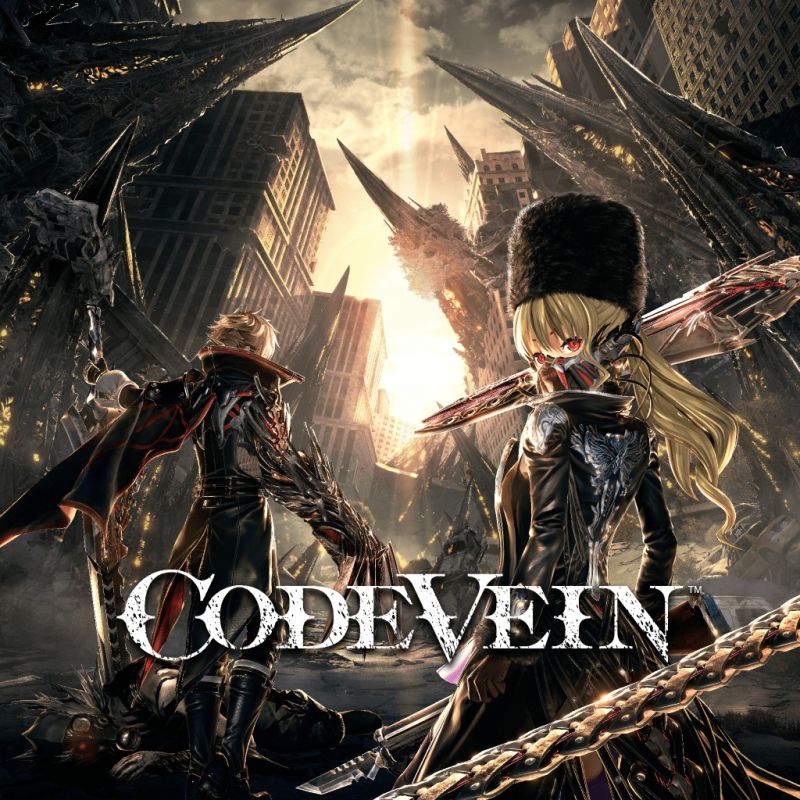 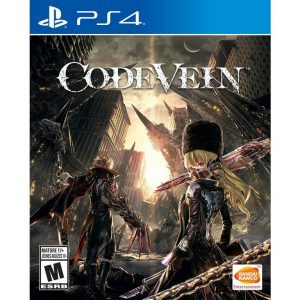 Game Description:
Code Vein is a third-person action game that takes place in a world ravaged by monsters and supernatural forces. The player creates their own character, then is introduced to a society of immortal people who fight over blood beads, lest they give in to their thirst and become monsters. The protagonist, it turns out, has some sort of connection to the blood beads, and ends up helping a group of people who want to find the source so there will be enough for everyone, rather than relying on power structures that inevitably leave suffering people behind. But this journey will lead them to discover what happened to this world so long ago, and to confront the powers that hold this world hostage.

Ever since the release of Dark Souls in 2011, the video game world has had an obsession with difficult fantasy action games. There’s a weight to this new genre, the feeling that your every movement matters. Enemies hit hard, and the player must learn how to anticipate their attacks and tactics and respond with accuracy and versatility. Code Vein is very much a game in this tradition, but with an aesthetic that is significantly more “anime.”

The result is pretty much what you’d expect from an anime-styled Dark Souls game; a difficult journey through a ruined world, facing fearsome beasts and meeting desperate people in a quest to find the people or powers responsible for keeping this world in ruin and, hopefully, eliminate it to bring greater peace to a broken world.

So let’s talk about what your child will see and do if they play this game.

Violence:
Code Vein has a lot of blood in it. No graphic gore, such as dismemberment or anything, but plenty of blood. Players will use a variety of martial weapons (spears, swords, hammers, etc.), as well as a variety of magical powers, to attack a variety of creatures, some humanoid and others more monstrous. Attacks result in splatters of blood. The player can also use special attacks, by sneaking up on an enemy or staggering them, that trigger a more stylized camera angle for a special, more brutal attack; a scorpion-like tail that impales a monster into the ground, two spectral hands that pick a monster up and rip it apart, or a spike that juts up from the ground to impale a monster from the inside. When enemies are killed, they turn into sparkling ash and drift away.

Blood is a thematic element running through the whole game, really; everyone has a unique blood code the player can also learn, which changes the way they play and grants them different abilities. Blood is necessary for revanants to survive, else they’ll go mad from hunger and mindlessly wander the world, attacking anything they see. So blood is featured prominently in both the gameplay and the story.

Language:
Mild language, such as “damn,” is used on occasion.

Sexual Content:
Much of the clothing, for men and women, is fairly revealing. The game also has a hot spring where the player can go, clothed in a towel, to reflect on the game thus far (that is to say, rewatch the story beats they’ve gotten through).

Some enemies, mostly powerful bosses, are designed with shapley human forms, such as a lanky female-shaped monster who maneuvers with a polearm (occasionally looking similar to pole dancing), or a creature with the upper half of a wolf grafted onto the upside-down lower form of a human.

Spirituality:
As the player discovers the backstory, it becomes clear that the “magic” of Code Vein is more scientific than spiritual. Immortality is the result of a parasite, which will resurrect the host as long as the parasite itself still exists. Along with this comes a number of abilities unique to each person, though the player has a “void type” blood code that allows them to learn the unique abilities of other people.

So while Code Vein is teeming with magic powers and immortal people and fantastical monsters, it doesn’t use any type of spiritual fiction to explain it.

Positive Elements:
The story of Code Vein is primarily about two things; injustice, and our connection to others. On both of those notes, it has some positive messages. The player and their friends are fighting to find the source of the blood beads because their leader, Louis, learned the hard way that helping individual people wasn’t enough; the cruelty and injustice of this world is systemic, and he plans to fight it at the source. Along the way, the player connects with the other characters, and is rewarded with both gameplay benefits and a better story outcome if they take the time to learn more about the characters and support them in their own struggles.

Reviewers Thoughts:
Lots of games get compared to Dark Souls, but it’s rare that a game really has all the elements to make it truly feel like a successor to that game’s dark fantasy world, punishing gameplay, and rewarding progression. Code Vein manages this feat.

But more impressively, it does so while still retaining a sense of uniqueness. It’s more than just a Dark Souls ripoff, because it finds variety in its identity as both a Souls-like and an anime; the visual flair, detailed anime character creator, and emotional scenes between friends and family members all give it its own identity. It comes with everything we love about Dark Souls seamlessly combined with everything we love about anime, and I had a very good time playing it.

Of course, it’s not really appropriate for children. The bloody violence, dark tone, and suggestive character designs would probably be a bit much for younger players to handle, though I’m sure children of all ages (once they’re old enough to read, at least) could enjoy the gameplay itself. Probably best to keep this one to mature players who enjoy a challenge, and there’s certainly something positive for them to get from fighting for a better world in this fantastical role-playing game.