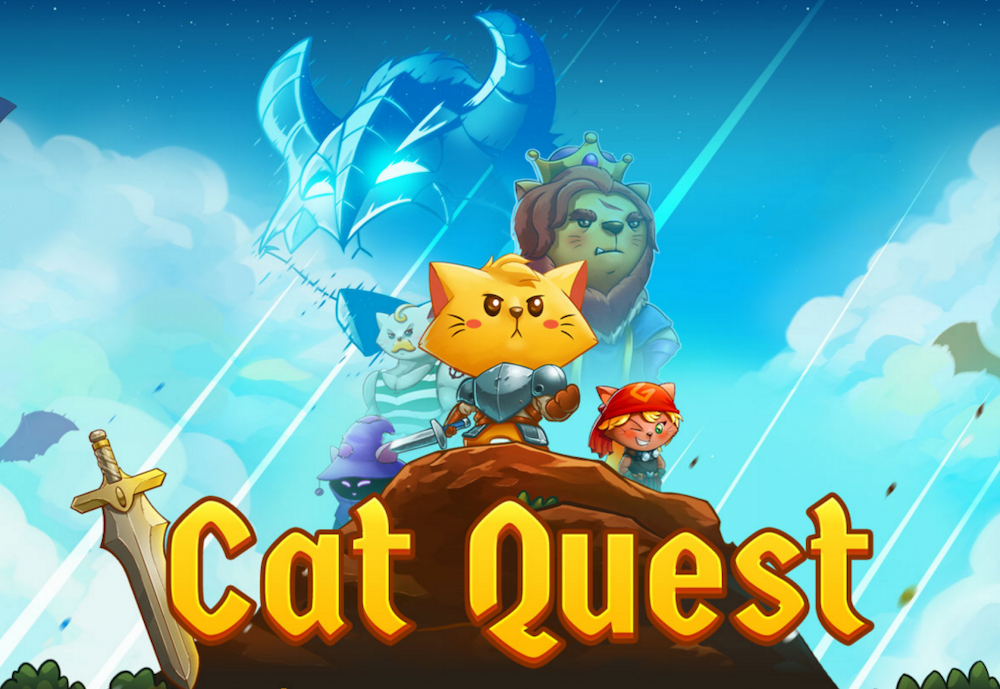 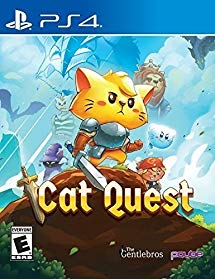 Game Description:
A cat’s sea voyage goes horrible wrong. A storm kicks up, his sister is stolen away by an evil warlock, and he’s left stranded on the beach with nothing but a small, fairy-like cat sprite to guide him. This cat, it turns out, is a dragonblood, and wouldn’t you know it, the dragons are coming back. It seems the best way to rescue his sister is to grow stronger, learn the secrets about the dragons and the history of this world, and confront the warlock responsible for all this.

Doing that means traveling the world and growing stronger; gaining experience from fighting monsters, getting increasingly powerful gear, and learning more powerful spells. It means helping people wherever they need it, undertaking various tasks around the continent and using the experience to grow stronger. It means meeting lots of new people, and getting involved in their lives and struggles. And, of course, it means dressing your kitty in cute outfits that give him more strength and magical prrrrrrowess.

So let’s take a look at Cat Quest.

Violence:
The game is played from a top-down perspective, meaning the player moves in all directions of the screen to travel the continent and fight monsters. The player controls a cute cartoon cat with a sword, slashing at enemies like bats, dragons, or other cats. When killed, enemies disappear in a poof of smoke (or a show of lights, for some more powerful enemies). Magic attacks range from thunder to fire to spike traps, and it does big damage with flashy effects. There is no blood or graphic violence.

Language:
Characters will say cat-flavored words in place of expletives, such as “Godcatit,” or “that’s real furry bad.” No actual swear words are said.

Spirituality:
The world of Felingard is a fantasy land of magic and dragons. The player learns a variety of magic spells, which make rune-like shapes on the ground as they go off. Many quests involve mages, ghosts, or cats posessed by the spirits of dragons. There are references to gods as well, but when the backstory is revealed it becomes clear that these are either ancient, powerful cats, or references to the humans who gave them sapience. It’s suggested that the sprite cat with you is one of these beings.

Miscellaneous:
There are references to catnip, though rather than treating it like a drug for cats it’s used to attract monsters.

The backstory (and the motivation for the villain, by extension) is surprisingly dark, about how humans eventually rejected the dragons in their time of need and made powerful cats to fight them, resulting in a war that drove humanity to extinction and left a society of cats in their place.

Positive Elements:
The game places a big emphasis on helping people, as it requires a lot of side-quests for the player to become powerful enough to continue through the story, and most of these missions are about helping people in one form or another. There are even a number of runes named after virtues, such as generosity, that the player can discover by doing these missions.

Reviewers Thoughts:
Cat Quest is an extremely cute little fantasy RPG, and really that’s all I expected of it. But thankfully, I also got more than that.

It’s not a masterpiece or anything, but it’s a surprisingly fun and charming little game, and though neither the story nor gameplay rise to any real levels of complexity, I was surprised at how much there was. There are a lot of secrets to discover, a lot of interesting discussion points in the story, and even some real lessons that kids could glean from the game’s emphasis on generosity and selflessness.

In the end, Cat Quest is a cute, fun game that doesn’t give much cause for concern. If your kid is looking for something fun and you want something child-appropriate with enough content to keep them engaged and provoke some degree of thought, it’s worth considering.