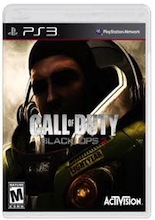 Another year brings forth yet another Call of Duty, however this year brings substantial improvements to both the single-player and multiplayer components. The campaign is easily the best in the series that features huge set-pieces right out the gate and never lets up until its thrilling end. A first in the series you can now choose your load-outs before each mission and the campaign features multiple endings with significant changes in the story depending on your actions and your ability to complete mission objectives. Also, introduced into the campaign are brand new “Strike Force” missions that combine classic Call of Duty game-play with something more akin to Tom Clancy’s Ghost Recon as you can direct other soldiers and drones on the battlefield. Although, the “Strike Force” missions are fun and I applaud Treyarch for trying to innovate, they definitely need more polish and improvement in the AI of your squad-mates as basically you have to single-handedly win these missions and I can imagine be a major source of frustration to complete on veteran difficulty. Thankfully, these missions are optional and only one mission has to be successfully completed in order to achieve the best ending.

Zombies makes a return and introduces a brand new Trazit mode that is basically a campaign for Zombies. I was never a big fan of Zombies as I prefer Gears of War’s and Uncharted’s horde modes over Call of Duty’s, but my friends that are Zombie fans love the new mode, but like me, its very unlikely to win you over if you never cared for it in previous games.

Multiplayer returns and although it features the same tight game-play as before it shakes up the formula a bit by introducing the new “Pick 10” system that is absolutely brilliant as it allows the most in-depth customization of any competitive multiplayer before it. When creating your class you now have 10 slots to fully customize your load-out. Guns take one slot, perks take one slot, grenades, and attachments take one slot as well. For example if you want to create a class that only has one gun with 6 perks or a class that has no perks and no grenades but allows for your primary and secondary weapon to have 3 attachments apiece, you can now do that! Guns level up independent of your soldier and all weapon bonuses are now factored in by attachments, not perks. This alongside the “Pick 10” system allows you to tailor the perfect class for your play-style.

The maps are very good and I can’t find one that I hate unlike previous installments of Call of Duty. Although, there is one map that needs to be fixed as you can currently fall off one of it’s sides and sometimes you spawn right next to this area. Nuke Town and Meltdown return from Black Ops and are just as good as ever.

Overall, Call of Duty: Black Ops 2 shows that Treyarch has fully stepped up it’s game and has now replaced Infinity Ward as the premier Call of Duty developer. Although, to be fair, the current Infinity Ward is not the same brilliant team it once was due to the fallout of its leaders Jason West and Vince Zampella a few years ago.

(The following sections are meant to be informative only. Please do not act disgusted or offended in your remarks by the games content. The purpose of our reviews is to inform parents, not to push our personal convictions on parents.)

Black Ops 2 features a very violent campaign that features tons of blood, gore, and torture. The game’s story is played from various viewpoints that have you taking control of not only the good guys but the villains as well and does allow you to shoot U.S. Troops during the villain missions.

Features language such as sh*t, f**k, motherf***r, and G*dd**n and is quite pervasive.

No sexual content in the game, although one character mentions, “I could get some hot chick action” during one of the missions.

I play Call of Duty mainly for the multiplayer and Black Ops 2 features one of the best competitive experiences on the market. The mulitplayer does not feature the blood, gore, or language of the campaign. Although, I personally found the campaign thrilling, it’s harsh language and violence makes this very hard to recommend for younger players.