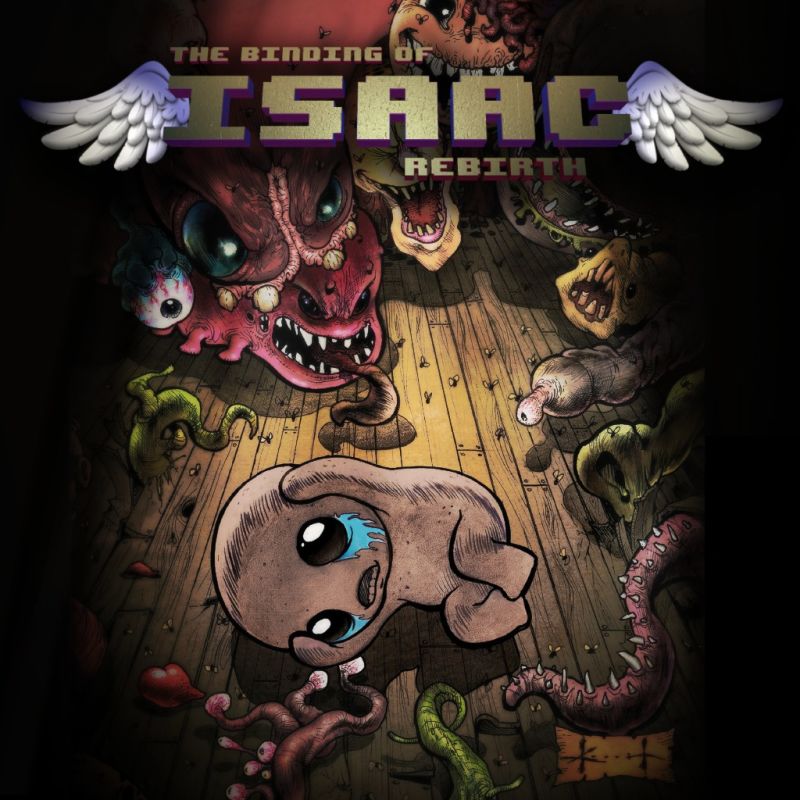 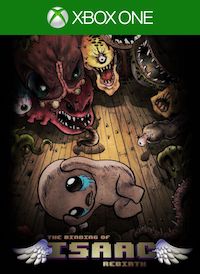 Back when I frequented Newgrounds.com, one of the most well-known game developers on the website was a man named Edmund McMillen.  He shared beautiful, weird games on the website, and one of the last ones he posted was a demo for a new game, The Binding of Isaac.  It was a hit, and not long after, it was remade with new content and graphics, as The Binding of Isaac: Rebirth.

In this game, a boy named Isaac is being raised by a fundamentalist Christian mother.  That mother hears the voice of God, and He says to kill her son.  Fleeing his mother’s wrath, Isaac jumps into the basement, and there the game begins.

Obviously, the game’s already touching tender nerves for Christian players.  Let’s give it a look and see where it goes.

Violence:
Isaac is so distraught, that he fights enemies with his tears.  The art style is pretty cartoony, but sometimes tears can get gross—from blood to electricity to explosive bombs, your attack can change quite a bit.

There’s quite a bit of cartoony blood in this game—bosses (and sometimes regular enemies) often explode into a pile of blood when they are killed.

Spirituality:
Oh yeah. Plenty. In the game you shoot tears out of your eyes to kill demons, weird creatures, and flies.

Rebirth is chock full of religious references—the game’s items are nearly ALL things from Catholic and Christian faith. Not to mention the game’s story and title are loosely derived from Genesis’, The Binding Of Isaac.

Despite all this, I’d definitely hesitate to call Rebirth a Christian game—I will definitely discuss this more in the final section.

Miscellaneous:
There’s plenty of options for those visually impaired, which is great! Wish there was a way to alter the controls—perhaps that’s an option on the PC version, instead of consoles.

The game has a lot of gross-out elements and crude humor. From random piles of poop scattered about the map, to getting a tear “upgrade” that turns Isaac’s attacks from crying to peeing.

Positive Elements:
This game is infinitely re-playable. Every level is randomly generated, which makes each play-through a new experience. And with the huge amounts of items to find along the way, it’s going to take a long time for anyone who starts the game to get all of its content.

A Child’s Perspective:  The game is rated M for a reason. I wouldn’t recommend this for young children, but teenagers with a discerning eye and inner filter might find it interesting, but parents will have to make the call.

Reviewers Thoughts:
I’ve had a lot of conflicting thoughts on Binding of Isaac over the years. When I first played the original, I thought it was just mocking Christianity, spitting on religion by using its objects as power-ups in a video game. And maybe, on some level, it still is—Edward McMillen is not Christian, and made the game as a response to his religious upbringing.

But as I played more, and checked out Rebirth, I realized that perhaps Binding of Isaac isn’t a mockery, but a critique—a warning about becoming too zealous and driving out kids away from God.

Binding of Isaac: Rebirth is a super fun game with a religious angle. It’s worth observing at least once. But again, parents will need to make the call if this is right for their teen.