Just One Thing Your Kids Need to Know about Weed 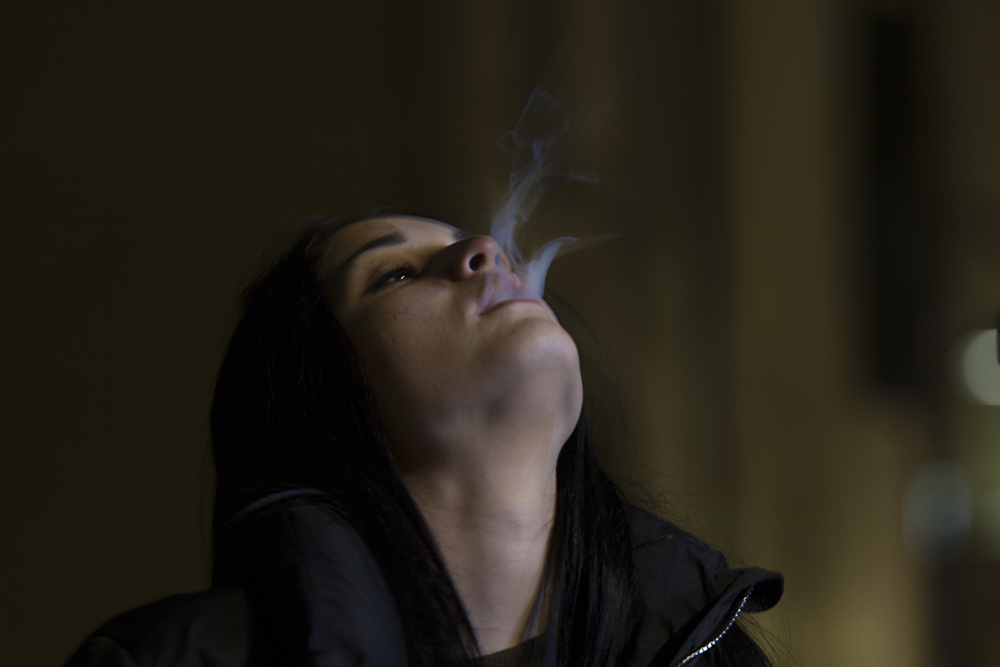 “Name just one person who overdosed.”

All common arguments that we could try to dispute… but don’t need to… because none of them are even relevant. In fact, only one thing matters: the developing brain.

How long is the brain developing, you ask?

For guys? Until your mid-twenties. So for a teenager, now is not the time to be marinating your noggin in psychoactive ingredients!

So forget for a moment any argument about legalization, medicinal uses or the fact that Post Malone uses it… and consider just one risk factor. When young people use marijuana it messes with your brain effecting memory, problem-solving skills, learning and attention (which means we should probably end the list here or they’ll tune out). This results in impaired driving, poor academic performance, higher dropout rates, increased welfare dependence, greater unemployment and yes… even “lower life satisfaction” (and that’s not even bringing up the recent studies connecting marijuana use to the risk of mental illness or the increased probability to move on to other harmful drugs like opiates).

No other arguments are even relevant.

Here’s how I address it in my chapter titled, “Safe” in my new book, The Guy’s Guide to FOUR BATTLES Every Young Man Must Face:

I’m not even going to argue whether it’s safe for everybody (I could raise that question. . .but I won’t). Instead I’m going to ask a different question:

“Who” is an intrinsically important question for you reading this book right now, because most likely you’re a male under the age of twenty-five. If that’s true, then “safe for who” applies to you specifically, because even marijuana advocacy groups (people who think smoking weed is fine) admit that marijuana is not good for the developing brain.

If you’re a male under twenty-five, then your brain is still developing. That doesn’t mean you’re stupid; it actually means just the opposite. It means you’re still getting smarter. And during this stage of growth, your brain is becoming more efficient so it can think critically and remember what it has learned.

So what does this have to do with smoking weed?

Now is not the time to be pumping psychoactive ingredients into your body!

Most studies reveal that smoking weed can really hurt this development of your brain. “It’s the absolute worst time,” Krista Lisdahl divulges. Lisdahl is the director of the brain imaging and neuropsychology lab at University of Wisconsin, Milwaukee. Plainly put, marijuana is a mind-altering drug that can disrupt development. In fact, she calls the teen years the “last golden opportunity to make the brain as healthy and smart as possible.”

Why get into an argument over legalization? Who cares if it’s legal for adults when it’s hurting young people’s IQ. Yes, studies show that many people who began using marijuana young show a decline in IQ, grades at school and chances of actually graduating.

Some will argue that it’s only heavy users who are at risk during brain development, but new research, like this study from the Journal of Neuroscience this year, reveals that even low levels of marijuana use may change teen brains, disrupting brain development during this crucial time of brain “sculpting.”

So don’t get flustered if you hear a Christian claiming that “Christian Cannabis” helped him encounter God “in ways more powerful than I have ever known.” (Sadly, I’m not making that up.) And don’t get sucked into the spat when teenagers spew an argument they heard online like, “It’s better than alcohol, because you can’t o.d. on weed!” True, kind of like getting your bicep torn off by an angry Pitbull isn’t as bad as being eaten alive by a great white shark… but it doesn’t mean you want to pour A-1 sauce on your left arm and venture into your neighbor’s back yard! Wait til these little youngsters go to college (except that less marijuana users go to college… in fact 4.4% of college students are daily users compared to 13.4% of same age noncollege youth, and 38% and 41% in those same categories used it at least once during the year), because in Philosophy 101 they’ll learn that this “lesser evil” reasoning is a logical fallacy. Lesser evils aren’t necessarily good. If Y is proven to be worse than X, that doesn’t mean X is proven a good thing.

And sadly, even as dangerous as alcohol is, recent studies have shown teen brains actually appear to be more vulnerable to the effects of marijuana than to alcohol.

Again, don’t get drawn into the which is worse. Alcohol is deemed by most experts to be the most harmful drug, period, responsible for more than 4,300 deaths among underage youth each annually and over 100,000 emergency room visits each year by persons aged 12-21. But that doesn’t mean marijuana is “better.” It’s yet another way to mess up your life.

And that’s what it really comes down to—messed up lives. As a youth worker who has worked with kids for over 25 years now, I’ve seen countless young people buy into the like that marijuana is “no big deal” and by their early 20’s they’re either unmotivated, unemployed, or struggling to keep relationships… sometimes all of the above.

My friend Tim and I were having lunch together when he began telling me about a trend he’s been noticing among his athletes in recent years.

“Whenever they tell me they smoke pot, I know they won’t last the season.”

Tim has been coaching wrestling for the last two decades, and he has five kids of his own.

“It’s sad,” he continued. “It’s not like most of these guys are some kind of junkies. Many of them are pretty good athletes. But as soon as they start smoking weed, they just lose all desire to finish anything. It’s just a matter of time before they quit. Happens every time.”

Whenever I have a student who is fascinated by drugs and thinks marijuana is “no big deal,” I love to introduce them to friends who have battled addiction and let them listen to their stories, stories of pain and sorrow that began with, “I thought it would be no big deal…”

So don’t be afraid of the conversation. Don’t get sucked up in arguments about whether cannabinoids may be useful for treating grandma’s symptoms. Simply reply:

And don’t be afraid to grab articles like this one or the ones I linked, read a paragraph after dinner and ask questions about what you read.

Or if you don’t like coming up with questions on your own, grab a resource like my new book on the subject which has ready-made discussion questions at the end of every chapter, and discuss it with your son over breakfast.

When is the last time you had this conversation with your kids?

When is the last time you invited your son to breakfast?

What are you waiting for?

FOR MORE HELP WITH THIS ISSUE, TAKE A PEEK AT JONATHAN McKEE’S EXTREMELY HELPFUL BOOK, “THE GUY’S GUIDE TO FOUR BATTLES EVERY YOUNG MAN MUST FACE”