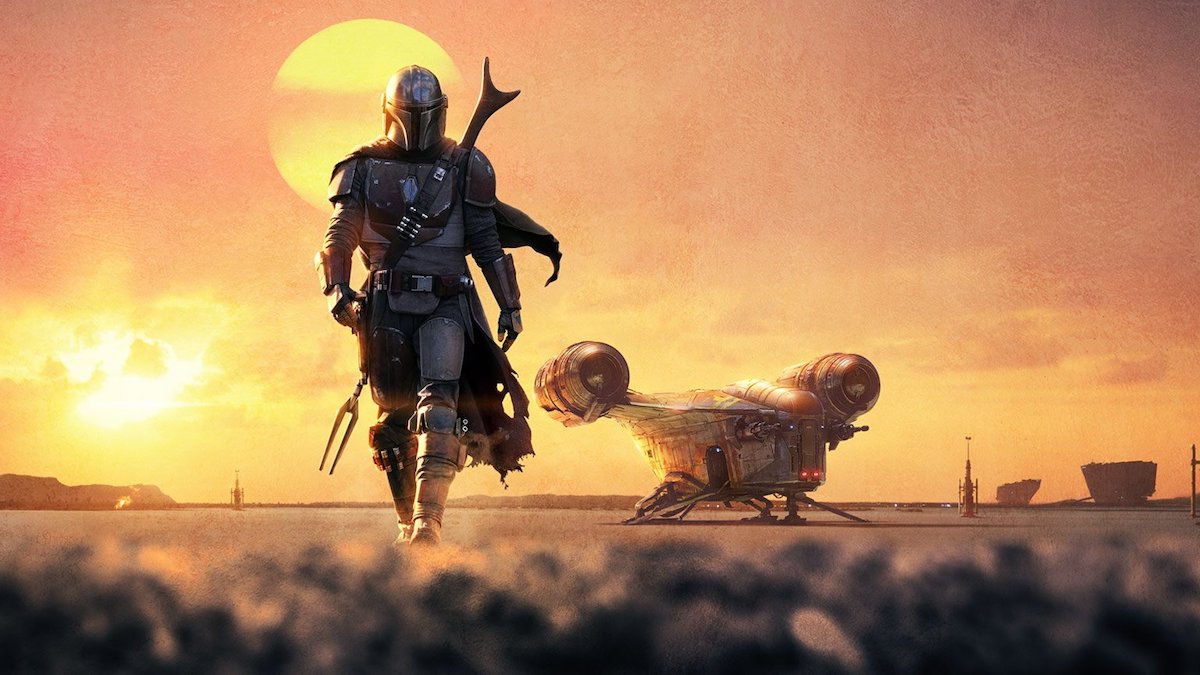 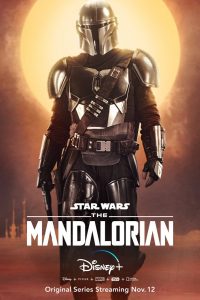 Disney + introduces Star Wars’ first ever live-action TV series, The Mandalorian. Set seven years after the events of Return of the Jedi, the series was designed to be an anchor for Disney who poured an estimated $120 million into the first eight episodes. Their investment paid off as The Mandalorian has surpassed Stranger Things as America’s most in-demand digital exclusive series.

We first meet The Mandalorian at a cantina featuring some rough and angry characters. After an altercation that demonstrates the Mandalorian is tougher than the others, we learn that he is a bounty hunter pursuing his bounty. The creature he intends to take with him attempts to talk his way out of his impending capture, but the Mandalorian is having none of that.

After the Mandalorian finishes his transaction with the creature that we learn is a Mythrol, he collects his bounty which was less than expected. After some dialogue, the Mandalorian wants a higher bounty so he agrees to meet a mysterious figure known as The Client. The Mandalorian accepts a seemingly difficult assignment from The Client, and is heading for the exit. As the Mandalorian walks out the door, The Client says to him:

The Client: It is good to restore the natural order of things after a period of such disarray, don’t you agree.

While it is likely this statement will be further explained in future episodes, it gives some context on the assignment the Mandalorian has accepted. It also starts to raise questions of what roles these characters will play, and who will be the good guy and vice versa.

We gain some insight into this question at the end of the episode. The Mandalorian teams up with a bounty droid, who seems to be on the same assignment. After a pretty sweet firefight, the Mandalorian and the droid find the target of their search – what appears to be a baby of the Yoda species. They were originally told the creature they sought was fifty years old, so they are a bit taken back by it’s infancy.

The droid instantly wants to kill the creature, because that’s the assignment, but the Mandalorian gives us a glimpse of his character in his immediate response.

Mandalorian: No. We’ll bring it in alive.

Droid: The commission was quite specific. The asset was to be terminated.

The Mandalorian shoots the droid, and stares at the infant creature, reaching out as the episode concludes.

The actions of the Mandalorian echo Peter’s words in 1 Peter 3:8 when the Bible says:

Finally, all of you, be like-minded, be sympathetic, love one another, be compassionate and humble

The Mandalorian has been all business this episode, seemingly presenting himself as a stone cold killer. In the final moments of this premiere, we see him act sympathetic toward this tiny creature. He instantly feels sorrow, and shows compassion – a sincere concern for its well-being. Of course he was less than compassionate to the droid, but that was an attempt to care for his small green friend.

I can’t help but to go back to the line The Client uttered earlier in the episode:

It is good to restore the natural order of things after a period of such disarray, don’t you agree.

There are some incredible parallels to these words and what the gospel of Jesus Christ can do in our lives. We were created to be connected with God, to live a life of purpose and intimacy with our Creator. Sin causes such disarray in our lives – and through the cross we can restore things to the natural order – to the way things were intended to be.

The actions of the Mandalorian at the end of the episode give a glimpse of redemption, that even in the character of a seemingly hard hearted brute, sympathy and compassion can come out. It should be fun to see how his character develops in the upcoming episodes.