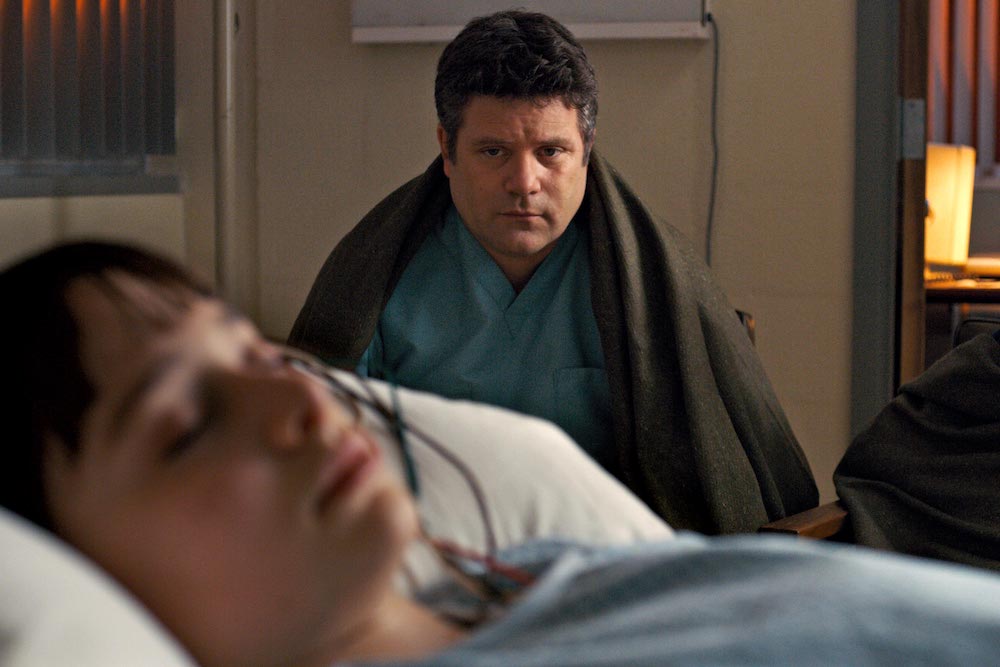 Imagine coming to the point where you are willing to make an extreme sacrifice for the benefit of others, and you know this sacrifice could cost you your life. You make the decision with a mix of confidence and fear and press forward fully aware that the likelihood of your demise is high. Shockingly, you are able to achieve your objective and you think you are safe. However, minutes later you come to the realization that the danger has not ended, so you run…

This incredible roller coaster of emotions and events describes what Bob Newby experienced in the penultimate episode of season two of Stranger Things.

I had thought drowning would be the worst way to end your life, but after this episode I would now argue that being eaten by a crew of demodogs is the absolute worst way to exit this world. It’s also super gross.

As the lab is overrun by more demodogs (to use the name Dustin affectionately gave them) than anyone knew existed, Mike, Will, Joyce, Hopper, and Bob are with Dr. Owens and are likely the only ones in the building who are left alive. Owens tells the others the lab is locked down and the only way to fix this and escape is to reset the breakers in the basement. It’s going to take knowledge of the BASIC computer language which only Bob has, so he decides to go and heroically save the day.

Hopper: Okay, grab his walkie. All right, you know how to use one of these? (holding gun)

The prior episode ended with Eleven heading home to help her friends, willing to sacrifice her own freedom and safety for others. Here we see Bob charting that same course to protect and save those he cares for. When a person makes a sacrifice for others, it often can leave people feeling loved, grateful, valued, or sometimes even confused as to why they would do such a thing. Sacrifice often demands a response from those who benefit from the selfless act that takes place.

In the last few minutes of this episode, there is little dialogue, but so much happens. As the crew has retreated to the Byers home, they hear the demodogs outside and know it’s only a matter of time until they break in and a fight will ensue. The gang is armed, ready, and on edge as they wait (but seriously Lucas, a slingshot? Could you not find your water pistol or Nerf gun?)

They hear some strange sounds outside before a demodog comes flying through the window. The confused group realizes it’s dead and isn’t sure what is happening until the door mysteriously unlocks – and there stands Eleven in all her emo-glory. As the pieces come together, she and Mike exchange sly smirks as pre-teen love is clearly in the air despite the slimy dead carcass only feet away.

Eleven sacrificed her freedom and safety and is now back in the danger zone. Bob is currently being digested, but nobody would be where they are without his death serving to occupy the dogs as the others escaped.

Both of these characters sacrificed themselves for people they love, people for whom they care deeply and would clearly do just about anything for.

My command is this: Love each other as I have loved you. Greater love has no one than this: to lay down one’s life for one’s friends.

If anyone has the authority to talk about sacrifice it would be Jesus. He gave up his place in heaven to come to this world to stand in the place of sinners – so those who would believe and receive Him would have their broken-by-sin relationship with God fixed forever.

Here in John, Jesus is saying that we should love others with that same type of love. The love we see from Eleven, the love Bob showed by laying down his life for his friends.

Love can be defined as YOU before ME. The Bible tells us in 1 Corinthians 13 that love is not self-seeking and always protects. Love has emotions associated with it, but love is an action. We do things for others when we love them. We show them that we love them, often with sacrifice.

I will go out on a limb here and say that most of us will never be asked to surrender our freedom to return home and use our powers to save those we love. It’s also likely that we will not be asked to reset the system so loved ones can escape a lab while being chased by demodogs. Call me crazy, but it seems safe to assume none of us will experience those situations.

What we will be asked is whether or not we will make the choice to sacrifice our comfort for the sake of serving others. Will we choose to inconvenience ourselves regularly so we can put others before ourselves? Will we sacrifice our time to listen to someone, or surrender our rights to forgive another when we have been wronged? Laying down our lives for another is a daily thing, and will likely not result in our physical death. What it will do is get to the core of our faith and demonstrate Jesus working in our hearts. We are perhaps never more like Jesus than when we sacrifice – so let’s do what we can to daily lay ourselves down for others so they might see how loved they are.