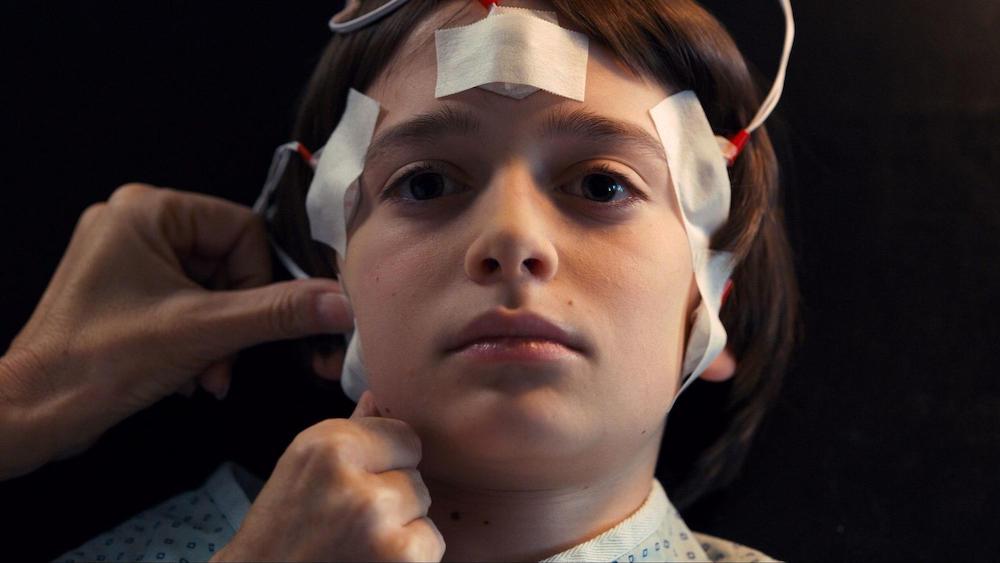 As is usually the case with Stranger Things, the events in Hawkins, Indiana are getting more and more curious each day. Realizing that something is afoot in the Upside Down, Dr. Owens and Hopper travel deep into the void below the Hawkins lab. As they descend, Owens notes that:

“All living organisms develop defense mechanisms against attack, they adapt. They find some way to survive.”

Survival is the name of the game, and in this episode we learn the key to survival is being together.

As Dr. Owens tries to figure out what’s wrong with poor Will Byers, his mother Joyce is staying with her beloved son, who literally has the worst luck imaginable. In addition to his mom, Will’s best friend Mike is at his side. They are determined to get through this – together.

In an unlikely turn of events, the cool kid Steve teams up with the quirky Dustin to figure out what has happened to his Demogorgon pet Dart. When Steve asks Dustin how he knows his reptile-like pet isn’t just a lizard, Dustin shuts him down with a pointed reply:

“Because it’s face opened up and ate my cat.”

Well okay. That logic is hard to argue with.

Steve and Dustin realize Dart has escaped from the cellar he was locked in, and is now running loose in the woods. They decide to lay out pieces of meat to catch the growing monster, and while they walk – together – they have a much needed discussion about the relational situation Dustin finds himself in with Max.

Jonathan and Nancy are at the home of disgraced reporter Murray Bauman.  They have a plan to expose the Hawkins coverup over poor Barb’s death using the tape where whey recorded Dr. Owens confessing to the conspiracy. Jonathan and Nancy end up spending the night – together.

When the Hawkins crew comes togetherto capture Dart, they quickly learn he no longer works alone. In a heart-pounding scene, Steve ends up surrounded by the Demogorgon version of their gang – because even these creatures know the key to survival is fighting together.

Steve escapes, and the Demogorgon’s retreat to the Hawkins Lab where we learn that Will Byers is in fact a spy for their team – they see what he sees – and now an ambush has begun. Our heroes will need to adapt to survive and it’s likely they will have to do this together.

In the Bible, the book of Proverbs is its most famous source of wisdom. The wise king Solomon wrote in Proverbs 4:6-7:

Do not forsake wisdom, and she will protect you; love her, and she will watch over you. The beginning of wisdom is this: Get wisdom. Though it cost all you have, get understanding.

Wisdom is there to protect you, to watch over you. Wisdom might have a cost, but getting it means gaining understanding – and it’s worth the price you will pay.

With that in mind, let’s look at Solomon’s later words about wisdom that we find in Proverbs 17:17:

A friend loves at all times, and a brother is born for a time of adversity.

The word friend here is talking about a deep commitment between two people. The word friend and brother are used interchangeably because the meaning is the same. We all need friends in our lives who will love us through both the good times and the darkest hours. We need people who will work with us to expose conspiracies, lay out meat for Demogorgon’s, and hide in abandoned buses as we fight for our lives.

The idea that a brother is born for adversity speaks to our need for close companions who will stick with us because we’ve been through the fire together. Sure a friend loves always, but a deep committed friend is fired up when adversity comes – because that’s where they shine the most. They are ready to stand with you, ready to grab the spiked baseball bat and beat the monsters to the ground.

Let’s give up this idea that we are “fine” on our own. We need to do life with others. We need to walk through the roughest seas together with those who say “LET’S GO!” when the hard times hit. Let’s be people who heed God’s wisdom and truly decide that we are better together.

What do you think was going through Joyce’s mind when she realized burning the vines was hurting her son Will?

How do you think Dustin felt when he realized how wrong he was about Dart?

What do you think about Jonathan and Nancy’s decision to be intimate?

Which group of characters do you feel worked the best together during this episode?

Why do you think we have a human tendency to try and work through things on our own?

Why is it so valuable to put ourselves in a position where we can walk through life together with others?

Can you share an example where someone in your life proved they were born for adversity as they walked through a difficult situation or season with you?

What do you need to do to be the type of person described in Proverbs 17:17?