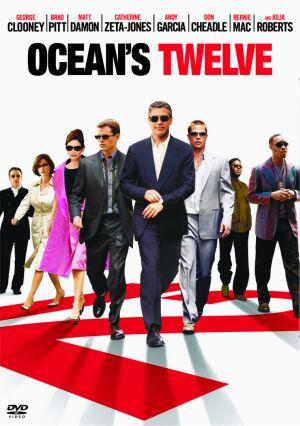 The movie Ocean’s Twelve is the second film in a trilogy about a group of thieves pulling off ridiculous heists. The plot centers around the group – headed by a man named Danny Ocean – after they are discovered by the man that they robbed three years earlier in the first movie. The film unravels as the band attempts to earn, in only two weeks, the $97 million dollars they owe.

One scene provokes an interesting commentary on the nature of competition and always trying to be first.

Danny Ocean and his team go to great lengths to break into the safe of a wealthy man. But when they find it – they are met with something unexpected. The safe is empty – excluding a single recording device. They press play and listen as the recording announces that they are the second people to have opened the coveted safe that day.

The recording continues to tell the agents… “In arriving second Mr. Ocean, you have joined a long line of people who have worked and risked a great deal only to get somewhere second. You don’t know any of these people by name of course because they enter oblivion. You know this word, ‘oblivion’? It means to be totally forgotten by everyone forever.”

Growing up, we were always taught to win. We were taught that if we didn’t win then we needed to train more, to study more, and to try harder so that when the next time comes around, we do win.

Because that’s our goal—to be number one! Nobody remembers second place after all, right?

Does anyone know whom Abraham Lincoln beat in the presidential election when he was voted president with 1,866,462 votes? Or how about Mary Lou Reton, the first American woman ever to win the Gold Medal in the All-Around in women’s gymnastics at the 1984 Olympic Games in Los Angeles. Does anyone remember the name of the girls she beat?

Why is it that we can usually recall who won, but not who lost? Do you think it’s because the first place finishers are so glorified by our world that it makes it easier to remember them?

We all have that desire to be first, the need to be recognized and seen as better than the rest. Even the disciples had thoughts like this, listen to what Jesus tells them here:Mark 9:33-35 (NIV)

They came to Capernaum. When he was in the house, he asked them, “What were you arguing about on the road?” But they kept quiet because on the way they had argued about who was the greatest. Sitting down, Jesus called the Twelve and said, “If anyone wants to be first, he must be the very last, and the servant of all.”

In a world that glorifies the winner’s, Jesus is pretty counter-culture.

Let’s talk about this some more:

It’s easy to get caught up in the world’s “finish first” mindset and lose track of what God is calling us to do, but finishing first isn’t necessarily God’s plan for our life. God wants us to be willing to be the servant of all, getting down and dirty and doing whatever it is that He calls us to do. Commit to serving others this week, by yourself or with your small group, it doesn’t matter. All that matters is that you are serving someone because it’s what Jesus told us to do.