Chronicles of Narnia, The  The Lion, The Witch, and The Wardrobe 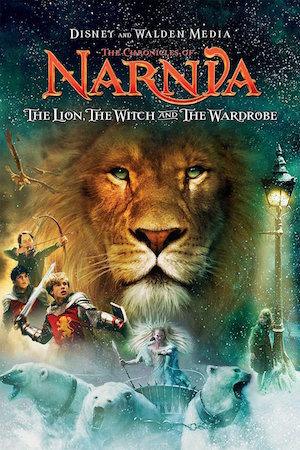 The Chronicles of Narnia: The Lion, the Witch, and the Wardrobe was a bestseller even before it was a hit in theatres. The movie is based off of C. S. Lewis’ children’s novel written in 1950. Set in England when World War II was ravaging most of Europe, the story follows the four Pevensie children as they discover another war-torn world hidden in a closet.

It is easy to relate with the children throughout the movie as they are faced with difficult problems and decisions to make, despite their artistic encapsulation in the fantasy world of Narnia.

A significant theme in this first film of the five-book series is forgiveness. We see this most clearly through the character of Edmund, the younger brother of the four siblings.

Edmund betrays his family and follows after the evil witch – a wretched woman who was crippling Narnia through her wrongful claim to its throne and following instigation of oppressive rule. Even though he has been disobedient, King Aslan sends his forces to rescue Edmund from the clutches of the witch.

But before the punches can be thrown, Aslan says something to the group that takes everyone aback:

“What’s done is done. There is no need to speak with Edmond about his past.”

I’ll admit it, Aslan’s line there made me do a double-take. Not only did he forgive Edmund’s betrayal, he also commanded that others forgive him, as well. Edmund committed very serious crimes that should have resulted in his death, but instead of punishment, he received forgiveness from the king. When King Aslan forgave Edmund, that settled it.

Jesus entered Jericho and made his way through the town. [2] There was a man there named Zacchaeus. He was one of the most influential Jews in the Roman tax-collecting business, and he had become very rich. [3] He tried to get a look at Jesus, but he was too short to see over the crowds. [4] So he ran ahead and climbed a sycamore tree beside the road, so he could watch from there.
[5] When Jesus came by, he looked up at Zacchaeus and called him by name. “Zacchaeus!” he said. “Quick, come down! For I must be a guest in your home today.”
[6] Zacchaeus quickly climbed down and took Jesus to his house in great excitement and joy. [7] But the crowds were displeased. “He has gone to be the guest of a notorious sinner,” they grumbled.
[8] Meanwhile, Zacchaeus stood there and said to the Lord, “I will give half my wealth to the poor, Lord, and if I have overcharged people on their taxes, I will give them back four times as much!”
[9] Jesus responded, “Salvation has come to this home today, for this man has shown himself to be a son of Abraham. [10] And I, the Son of Man, have come to seek and save those like him who are lost.”

Let’s talk about this more:

But, then God comes on the scene through Jesus. Jesus tells us that God is willing to forgive us of all of our betrayal (in every form) if we will accept the forgiveness that Jesus’ offers. In fact, if we are willing to let Jesus forgive us, just like Acts 3:19 says,

“If we repent and turn to God, our sins will be wiped out and times of refreshing will come from Him.”