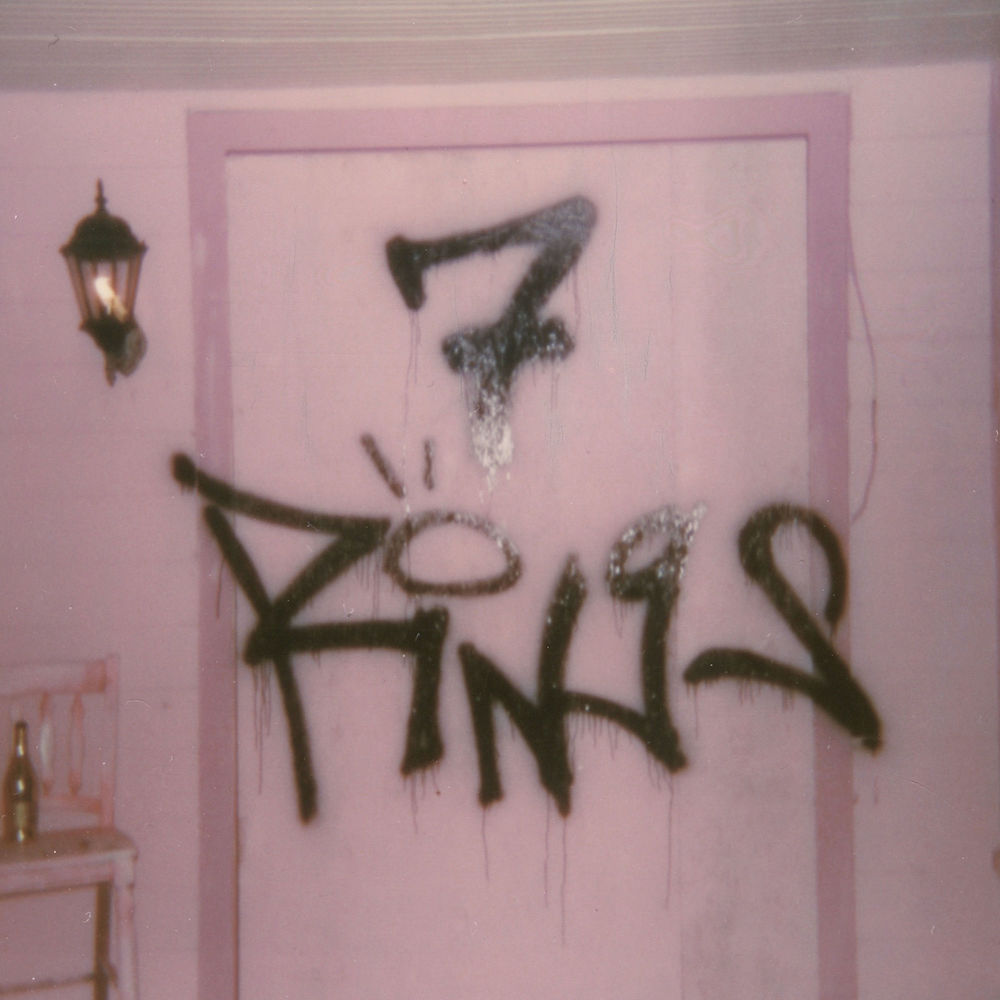 Main Point: In a world that finds significance in money and stuff, is there meaning to be found in having it all?

Introducing the Song – Say Something Like This:  Described as a friendship anthem, the song 7 Rings was teased by having its name on the license plate in a car Grande drove in the music video for previously released Thank U, Next. The formation of the song came from an outing Ariana shared with a group of friends. She says: ‘Twas a pretty rough day in nyc. My friends took me to Tiffany’s. We had too much champagne. I bought us all rings. It was very insane and funny. Speculation is that Grande was working through her most recent breakup, and after purchasing the rings it was suggested she turn that into a song, which she did that very day.

The Music Video:  The music video can be viewed for free at:  https://www.youtube.com/watch?v=QYh6mYIJG2Y

Yeah, breakfast at Tiffany’s and bottles of bubbles
Girls with tattoos who like getting in trouble
Lashes and diamonds, ATM machines
Buy myself all of my favorite things (Yeah)
Been through some bad sh**, I should be a sad bi***
Who woulda thought it’d turn me to a savage?
Rather be tied up with calls and not strings
Write my own checks like I write what I sing, yeah (Yeah)

My wrist, stop watchin’, my neck is flossy
Make big deposits, my gloss is poppin’
You like my hair? Gee, thanks, just bought it
I see it, I like it, I want it, I got it (Yeah)

Wearing a ring, but ain’t gon’ be no “Mrs.”
Bought matching diamonds for six of my bit****
I’d rather spoil all my friends with my riches
Think retail therapy my new addiction
Whoever said money can’t solve your problems
Must not have had enough money to solve ’em
They say, “Which one?” I say, “Nah, I want all of ’em”
Happiness is the same price as red-bottoms

My smile is beamin’ (Yeah), my skin is gleamin’ (Is gleamin’)
The way it shine, I know you’ve seen it (You’ve seen it)
I bought a crib just for (Just for) the closet (Closet)
Both his and hers, I want it, I got it, yeah

Yeah, my receipts be lookin’ like phone numbers
If it ain’t money, then wrong number
Black card is my business card
The way it be settin’ the tone for me
I don’t mean to brag, but I be like, “Put it in the bag,” yeah
When you see them racks, they stacked up like my a**, yeah
Shoot, go from the store to the booth
Make it all back in one loop, gimme the loot
Never mind, I got a juice
Nothing but net when we shoot
Look at my neck, look at my jet
Ain’t got enough money to pay me respect
Ain’t no budget when I’m on the set
If I like it, then that’s what I get, yeah

Q:  Why do you think people turn to “retail therapy” when they are having a tough time?
A:  Take this where it goes, perhaps a conversation about materialism or the things we turn to when we are in a difficult situation.

Q:  What are the pros and cons of being able to buy whatever you want, whenever you want it?
A:  Open the door to a conversation about searching for meaning in stuff, talk about the value of perishable versus imperishable treasures.

Q:  Solomon was the wisest man who ever lived and had more riches than people could imagine, and he said it was meaningless. What do you think he would say to Ariana Grande?
A:  This is an opportunity to engage them with some biblical history while encouraging them to look through Solomon’s eyes – and from there they get to speak truth to Ariana Grande’s desire to find meaning in her material world.

Where to Take It from Here:  Wherever it feels natural. If these questions lead to a longer discussion on the topic, wonderful!  (There is a guide just after that paragraph that helps you do just that.)  If your kids are barely uttering grunts, don’t get discouraged – the next time it feels right, try out another song.  Keep engaging them

Transition Statement – Say Something Like This:  One person added up the cost of everything mentioned in this song and estimates the things Grande sings about cost over $16 million. Ariana clearly has a depth of resources, and sings about turning to material things to deal with the hardships she faces in life. This popular song glamourizes her ability to spend at will, which raises the question of whether there is meaning to be found in having it all. Let’s take time to discuss that idea during our time together.

Ecclesiastes 2:10-11
I denied myself nothing my eyes desired;I refused my heart no pleasure.My heart took delight in all my labor,and this was the reward for all my toil.Yet when I surveyed all that my hands had doneand what I had toiled to achieve,everything was meaningless, a chasing after the wind;nothing was gained under the sun.

Wrap Up – Say Something Like This:  In our time together, we looked at the popular song “7 Rings” and talked about Ariana Grande’s search for meaning and significance. Most people try to find meaning and significance in power, position, or possessions. The question to be asked is whether or not that thing helps them find the meaning they are looking for. Do they find answers in that thing they turn to? Is the answer to your search to have external things, or is there an internal answer? Take a moment and talk to God about the things you have tried to find significance in that did not give you what you needed.

(Pause and give them a quiet moment to pray silently.)

When you look at Solomon’s pursuit, he had position, power, and more possessions than anyone could imagine. Solomon truly had it all – and it left him to say it was meaningless. This revelation was life altering for him. When we are able to see the emptiness of some of our pursuits, it can change our perspective to start chasing after things that will not leave us this way. Take a moment to ask God to reveal to you the steps you can take to realign your focus toward finding your significance in who He created you to be.

God created you for a significance that goes beyond the limitations of material things. He made you for a purpose more powerful than any position or status could bring you. While there is nothing wrong with finding enjoyment in things, our true satisfaction can only be found in being the people God created us to be. Let’s be people who pursue Him and the things He has made us for. Let’s stop pretending there is meaning in having it all, and instead be people who live in a way that says our meaning is found in something and Someone so much greater.