The Summer Blockbusters of 2019 (Part Two) 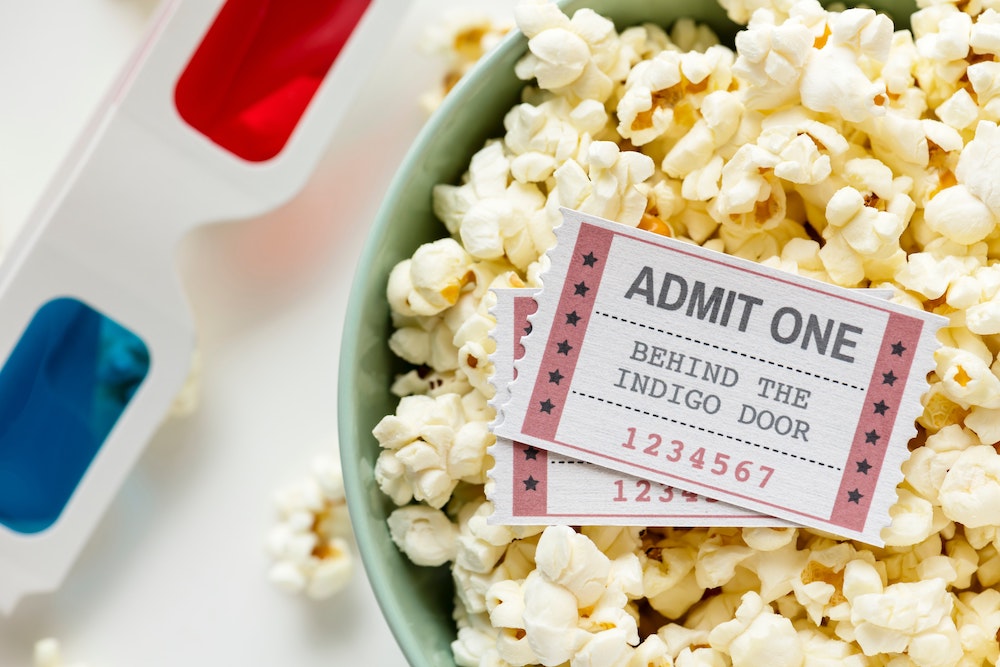 More Marvel sequels. Yet another Disney remake. And a spin off from the Fast & Furious franchise. Yep, the “Summer of Sequels” continues in Part Two of our movie article series.

The 2019 summer box office has already drawn out millions of young film fans, especially for the flicks we highlighted in Part One of this article. As July and August approaches, it’s time to take a look at the movies that will be attracting kids to theaters in the second half of summer. We’ll follow the same format in this part of our review by providing a short description for each flick, links to official trailers, themes incorporated, and its MPAA rating (if available). Afterwards, we’ll offer a few practical tips and resources to help you manage movies for your family. 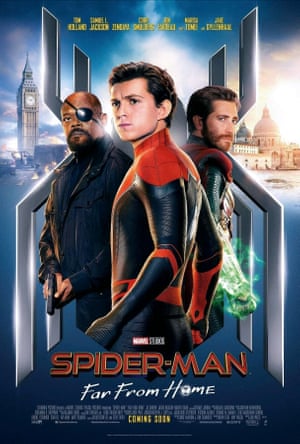 All Spider Man wants is just a little vacation….

This will be the first Marvel film starring an Avenger to be released after Endgame so it will be interesting to see how the storyline weaves into Spidey’s own saga. The movie’s official trailer shows “Peter Parker picking up a passport” as he and his high school friends make a trip to Europe. Thinking – or hoping – those across The Pond won’t need a friendly neighborhood Spider Man, he leaves behind his alter ego in pursuit of some much-needed downtime. That all goes out the window when Nick Fury crashes the trip and enlists his help in the fight between a strange newcomer (Mysterio) and the terrifying Elementals.

The film will offer fans a star-studded cast: Tom Holland (Parker/Spidey), Samuel L. Jackson (Fury), Zendaya (MJ), Marisa Tomei (Aunt May), Jake Gyllenhall (Beck/Mysterio), Jon Favreau (Happy), and several more from previous films in this franchise. This Marvel film – like all others – will be rated PG-13 for scenes of action and violence along with the crude jokes that accompany teenagers. A beloved comic book hero coupled with a holiday weekend release will definitely translate into a box office blockbuster! The Avengers’ storyline may be ending, but Spidey’s saga is still going strong. 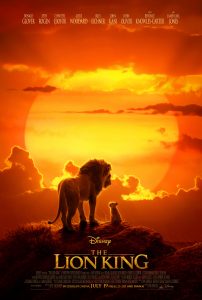 Hakuna Matata! The animal kingdom has returned to Pride Rock!

This summer, Disney has been resurrecting its most beloved tales starting with Aladdin and now turns its attention to The Lion King. The movie’s official trailer shows just how close this Jon Favreau-directed remake intends to stick to the original plot (and this side-by-side montage offers even more proof that Disney is betting on their tried-and-true story).

As another generation of moviegoers makes the pilgrimage to theaters to see Simba fight for his father’s kingdom, they’ll do so with a cast of talented voices: Donald Glover (Simbu), James Earl Jones (Mufasa), Seth Rogan (Pumbaa), Beyoncé (Nala), John Oliver (Zazu) and plenty more! The movie does not have a rating as of this writing and it will be interesting to see what the MPAA goes with due to the vicious fight scenes that will be played out in front of fairly young audiences.

When the fight for Pride Rock finally comes to an end, the battle for the world will just be starting. 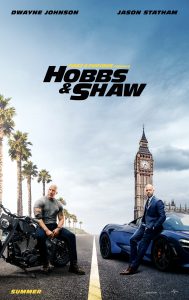 Who needs enemies when you have friends like these two?

The wildly popular Fast & Furious series is offering the world a high-octane and hilarious spin off of their long-lasting original franchise. The movie’s official trailer shows the constant feud between the film’s lead characters Hobbs (Dwayne Johnson) and Shaw (Jason Statham) as they duke it out against Brixton (played by Idris Elba) for the fate of the world. A second trailer fills in some of the plot’s details…and offers an even bigger dose of the action and humor that will round out this fast-paced flick.

After these frenemies save the world…more frenemies will unite to save some islands.

Yep. In this animated sequel’s official movie trailer, Red, Bomb, Chuck, and the rest of the high-flying flock get a surprise visit from the hated pigs who tell them that a new island has been discovered and on it lives a species that wants to destroy them both. Former adversaries become future partners as pig and fowl hatch a plan to invade the island, overcome their common enemy, and preserve their way of life.

The cast for Angry Birds 2 reads like a Saturday Night Live lineup: Bill Hader (Leonard), Jason Sudeikis (Red), Pete Davidson (Jerry), and Leslie Jones (Zeta) provide voiceovers alongside the likes of Dove Cameron, Peter Dinklage, Nicki Minaj and more. This film is currently unrated but will likely get a PG label for the action sequences and rude humor.

As the pigs and birds try to beat the bad guys, the last movie on our list is trying to beat the clock…. 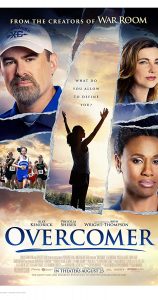 The movie-making church that brought us Facing the Giants is once again looking to high school athletics as a means to allow them to share the Gospel with millions of moviegoers. Overcomer’s official movie trailer reveals the woes faced by a small town that just lost its largest manufacturing plant and the jobs that came with it. As families leave in search of work, a basketball coach (Alex Kendrick) finds himself at the helm of a cross-country team that has precisely one runner, young Hannah Scott. As the coach helps her run the most important race of her life, he is simultaneously reminded of the commitments he’s chasing in life.

This film will lack the massive budgets and A-list celebrities afforded every other film on this list. But Overcomer, like all the other movies coming out of Sherwood Baptist in South Georgia, carries a PG rating from the MPAA. It will be completely clean, Gospel-centered, and appealing enough to attract tons of youth groups to theaters as school resumes across the country.

It’s a great note on which to end the summer.

Choosing Wisely
Even though the summer ends with two family friendly movies, not all of this season’s films are appropriate for young hearts and minds. For example, Quentin Tarantino’s Once Upon a Time in Hollywood will no doubt include adult themes best left unseen by teen viewers and Good Boys (starring Seth Rogan) should definitely be avoided…even though it stars a bunch of teens. So, how do you know which movies should make your list and which ones should be skipped?

Additionally, our own Jonathan McKee often writes about the movies he watches on his personal blog. (His taste in film is only rivaled by his taste in treats from the snack bar.) Jonathan will watch most of the movies on this list, and to get his thoughts, all you have to do is subscribe. Sometimes, he even runs contests for free movie tickets so make sure to subscribe to this fun and informative resource!

We hope these articles and our online tools will help you and your family maximize your experience at the movie theater this summer (and beyond). Now, you can truly enjoy the show, together.