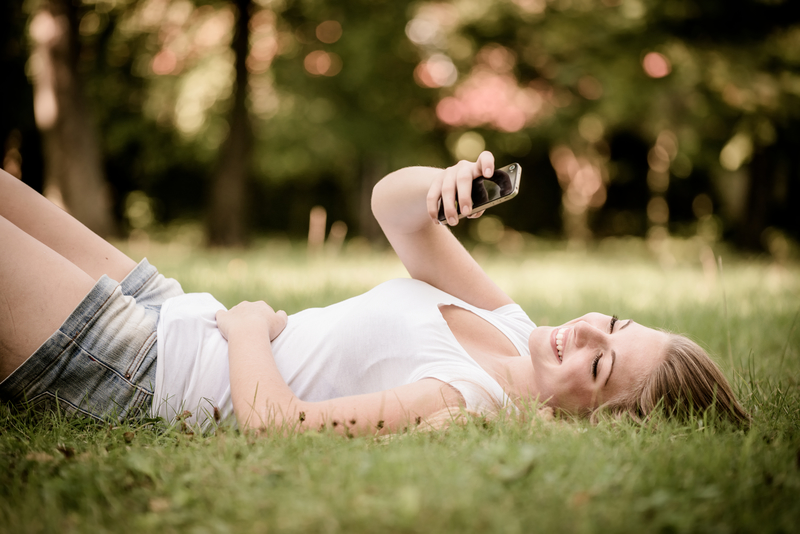 Five years ago, Millennials surprised many by saying they would rather go without a car than a smartphone. In 2018, young people are willing to give up much more than that.

Yep, research done by Tappable, a mobile app development organization, surveyed 500 young people from the U.K. and found that almost 10% of them would be willing to sacrifice their pinky finger rather than give up their smartphone! (This is from the same people who banned pocket knives from their capital.) But a finger isn’t all they were willing to give up.

Do these young people not realize that losing a finger would slow down their rate of Snaps?

Maybe, maybe not. But their American counterparts doknow that they waste an awful lot of time on their smartphones, themselves. Research from YouGov Omnibus conducted on Millennials on our side of the pond found that 51% of them agreed with the statement: “I waste too much time on my smartphone.” Another 42% confessed, “I think I could be more productive if I didn’t have my smartphone with me.”

The same study asked participants where they kept their smartphones while they were asleep. 46% of Millennials answered with “directly next to my bed” while another 24% of them admitted to literally sleeping with their phones (“on my bed next to me”)! These young people were also the most likely to “strongly agree” they felt “anxious” without their phones.

One other piece of research, this one conducted for Screen Education, found that more than half of 13- to 18-year-olds (60%) felt their friends were “addicted” to their smartphones. 52% said there were extended periods when they’d be in the presence of their friends without talking because they were busy with their mobile devices. Another 41% felt “overwhelmed every day” by the amount of notifications they received.

A Lesson from Gollum
Remember Gollum, the bug-eyed and slimy-looking creature that lurked in the background of The Lord of the Ringsmovies? Many years earlier, he was a normal guy who happened to find the powerful One Ring, but instead of possessing it, he was possessed by it. It changed him…and entirely for the worse.

Gollum was make believe, but the transformation today’s kids are undergoing due to smartphone obsession is very, very real. For instance:

That’s just a short list. There is much more research showing the ways kids are being changed because of their smartphone use (and abuse). So what can we as parents and youth workers do to make sure our kids don’t turn into modern-day Gollums?

First, make sure you’re not preoccupied (or distracted) by your own smartphone. Your leadership and influence will be compromised from the start if you have the same habits you’re trying to correct in them. Kids don’t just hear what we say, they watch what we do. You have to fight the same temptation if you want to help them overcome it.

Second, make sure your kids’ smartphones connect them instead of isolating them. Parents, don’t let your kids disappear into their bedrooms behind closed doors when they get home from school. And don’t let dinner get hijacked by incoming notifications. Youth workers, you can address the long-lasting consequences of reckless use of smartphones…and how to take advantage of second chances when they appear. Parents and youth workers can tag team the teaching on smartphones.

Finally, don’t shy away from creating phone-free places/times. Many families have found the dinner table (at home or a restaurant) to be a no-brainer. If you share a morning commute with your kids, you might consider this as another opportunity to bond face-to-face without the distraction of phones. Classrooms should be another phone-free zone. Many schools stipulate that anyway. Bedrooms after a certain hour in the evening should also be considered. Otherwise, kids will be texting at 2am.

If your kid is new to a smartphone, put these guidelines (and others of your choosing) in place before they turn into a 21stCentury Gollum. If your kid has already made the transition into Gollum, consider taking serious steps to reverse the process. In the long run, your decision will be a blessing to them, you, and others.

BRING OUR “PARENTING THE SMARTPHONE GENERATION” WORKSHOP TO YOUR CITY!