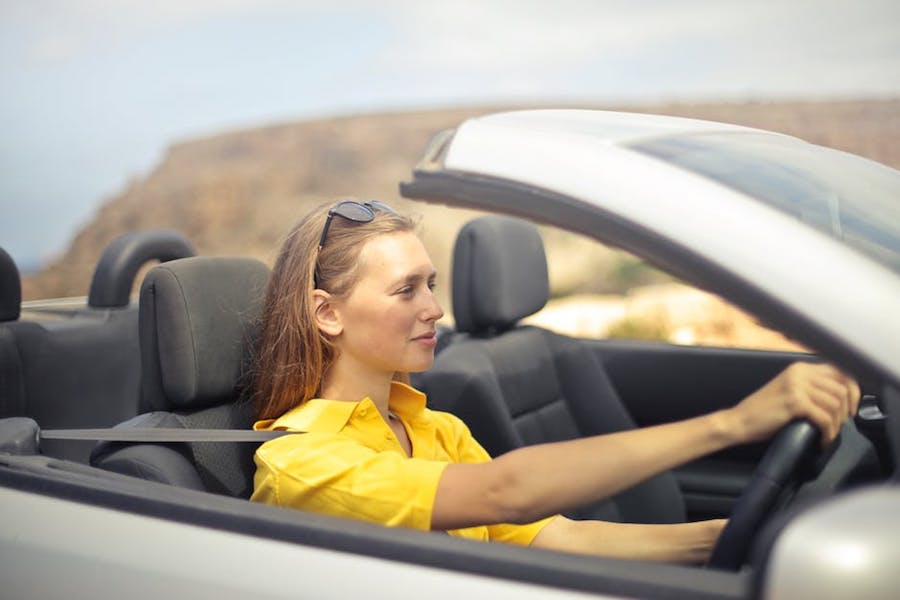 I want a motorcycle. Badly. My wife knows this. It’s an ongoing argument – I mean discussion – in my house. But every time there’s a car accident in our city, my wife says, “See, that’s why you can’t buy a motorcycle.”

If new data about young drivers is true, I’m never gonna get my bike.

New research for the Journal of Studies on Alcohol and Drugs has found that one-third of young adults admit to riding with a driver who was under the influence of drugs or alcohol (or both). Data from 2,000 college-aged kids collected over two years (2013 and 2014) revealed that 25% of girls and 22% of guys got into a car with someone they knew to be under the influence of some kind of controlled substance in 2013. In 2014, that number jumped to 33% for both. Unsurprisingly, the impaired driver was more often a peer than an older adult. Equally unsurprising was that marijuana was among the most frequently used culprits causing the impaired driving.

Controlled substances, teenagers, and steering wheels have never mixed well. The outcome of that combination spills into newspaper headlines around the country on a weekly basis. But drunk driving isn’t the only kind of dangerous driving. There’s also drowsy driving, and it’s wreaking havoc on young motorists, as well.

According to AAA’s Foundation for Traffic Safety, roughly 10% of all car crashes involve some sort of fatigue on the driver’s part, and motorists between the ages of 16 and 24 account for more than half of these accidents. Given that a vast number of today’s teenagers get far less sleep than the recommended nine-to-ten hours each night, this might continue to be a growing problem in the future. (Less than 10% of kids get enough shuteye; the average is closer to 7.5 hours per night for most kids.) Studies have shown that going 17 to 19 hours without sleep renders impairment similar to a blood alcohol content of 0.05, just 0.03 from the national legal limit.

Drowsy driving is a big problem, and has been for a long time. “Jared,” one of the students in my graduating class, kept an insane schedule when we were kids. He played on our championship football team, wrestled later in the school year, competed in extracurricular academic competitions, and was in the running for valedictorian. Yeah, he was a busy guy. Within one year of our high school graduation, Jared was in three different car accidents, all of them his fault, all of them due to drowsy driving on his part.

With the continual increase in homework assignments, the constant distraction of smartphones past bedtime, and the non-stop activities filling a kid’s free time, drowsy driving is probably only going to get worse unless something changes.

Making a U-Turn
On the whole, we’re not headed in the right direction when it comes to driving safety. And we haven’t even talked about texting and driving in this article, a dangerous habit that 42% of teen drivers admit to having done behind the wheel of a car at one time or another. Drugs, alcohol, fatigue, cell phones, loud music, friends, and other unnecessary distractions can result in a split-second accident that forever changes the life of a family. The CDC reported that 2,333 students between the ages of 16 and 19 died in a car accident in 2015, the latest year for available stats. That translates into the death of six kids every single day of the year. Another 235,000 young people were hospitalized that same year for injuries related to car accidents. The solution to these problems isn’t complicated; however, it might very well require a serious change in our habits. Here are a few ideas to help adults steer their kids as they steer their cars.

Do whatever you need to do to help keep your young drivers safe. Teach them the vital skills they’ll use for the rest of their lives. Doing so will ensure their lives are long ones.