Mom, is Kanye a Christian? 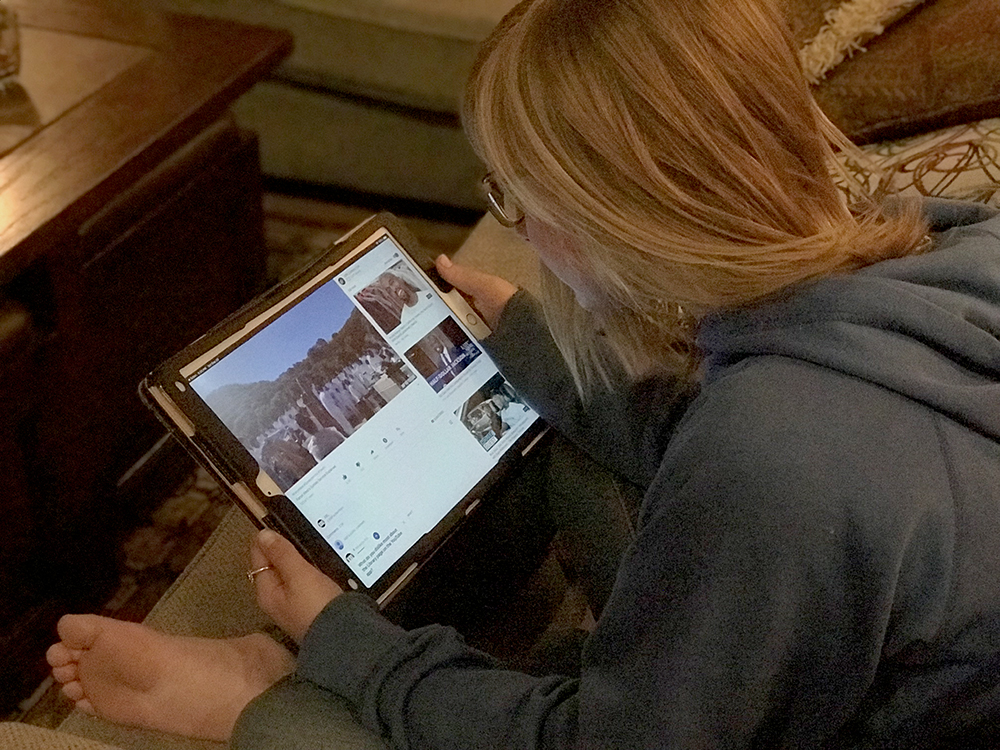 It has happened too many times to count. A performer receives an award and in his acceptance speech he says something like this: “I’d like to thank my Lord and Savior Jesus Christ for my album, Slap the Ho.”

It’s a little confusing…especially if you’re a 13-year-old kid.

Imagine a young Christian girl who loves music overhearing her friends playing Kanye’s song, I Love It. At one point he raps:

Now imagine the same young Christian girl hearing her friends talk about Kanye’s worship services where he’s singing praises and preaching specifically about Jesus being “the only way,” something he’s been doing off and on since early this year.

She’s gotta be wondering, “Which is the real Kanye?”

Did Kanye have an encounter with Jesus? Or is he just another wolf in sheep’s clothing?

Nothing New
Kanye’s been talking about his faith for decades. Funny, I remember quoting Kanye in my workshop back at the National Youth Workers Convention in 2005 (I’m teaching there again this year and I always review my old slides from my presentations). That year Kanye had just won an MTV VMA for his song Jesus Walks, and in his acceptance speech he thanked his “Lord and Savior Jesus Christ.” Across those 15 years, he’s been spewing some pretty raunchy lyrics. The examples are (literally) almost too numerous to count…but here’s a quick glimpse.

Now, if I f*ck this model
And she just bleached her a**hole
And I get bleach on my T-shirt
I’ma feel like an a**hole

Are we seeing a pattern, here?

The big question is, How do we talk with our kids if they ask, “Mom, is Kanye a Christian?”

Responding to the Question
Here’s where parents (and teachers/youth leaders alike) need to remember one of the most important principals: keep the channels of communication open. If Kanye’s antics tend to stir your emotions a bit, start by utilizing one of the most effective tools in your toolkit….

1. Pause. I’ll be honest. Every time—yes, every single time—I make an off-the-cuff response on tough issues like this, I always think back an hour later (or a day later) and mutter, “What I should have said was….”

So use the “get out of jail free” card you have readily available to you and simply delay your answer. You might say something like, “Wow! That’s a great question! I gotta be honest; I don’t know the answer offhand. Let me think about it and pray over it for a little while and I’ll get back with you. Sound good?”

Think of what this models to our kids. First, we don’t pretend to know everything, and second, we show them a responsible and godly way to make tough decisions. So don’t be afraid to hit the pause button. And while you do….

2. Answer the question with a question. Parents were hearing the same question two years ago, but with a different rapper.

“Mom, is Chance the Rapper a Christian?”

It was the 2017 Grammys and millions of Americans were gathered around their flat screens watching Lady Gaga sing with Metallica. Then they introduced Chance and a hush fell over the crowd as an angelic voice began singing the words, “How Great is Our God.” Kirk Franklin, a Christian singer, joined Chance on stage with a full Gospel choir as they led worship on broadcast television.

That same night, you could have searched some of Chance’s most popular songs on YouTube and found music laced with f-bombs, explicit descriptions of the female anatomy, or songs about drinking and smoking weed. The question of the week in Christian households was, “Mom, is Chance the Rapper a Christian?”

My advice remains the same: answer the question with a question. Like when the Pharisees asked Jesus, “Is it lawful for a man to divorce his wife?” Jesus responded, “What did Moses command you?” (Mark 10:2-3) So if they ask, “Is Kanye a Christian?” you might reply with, “Well, what does it mean to be a Christian?” Or if you really want to get them thinking, maybe ask, “What if Kanye asked me whether or not you were a Christian?”

If they ask, “Is Kanye qualified to lead worship?” ask them, “What are the Bible’s requirements for those who ‘lead’?”

But don’t feel as though you have to springboard off their questions. You can pose a few of your own. Here are some ideas to get you started:

Do your best to direct them to God’s Word for answers. Remember: don’t become so focused on trying to point out lies that you forget to point out truth. In other words, don’t spend 90 minutes plodding through Kanye’s lyrics looking for trash, and then just 3 minutes reading Psalms 101. Get them into God’s word.

As you do this…

3. Blend grace with wisdom. At some point, we’re likely to have to give an outright answer to the question at hand. If so, we’ll be best served by operating in grace and wisdom.

Grace reminds us that all of us need Jesus’ mercy and forgiveness. When it comes to sin, Kanye is in the same boat with the rest of us: we’re all guilty before a perfect and holy God. We’re no better than him and he’s no worse than us. Responding in grace might take many forms. For starters, we shouldn’t speak maliciously about Kanye. Instead, grace would demand that we pray for Kanye. Rather than talking to our friends about Kanye, we should talk to God about Kanye.

But grace is only half the response; we should also model wisdom. Wisdom reminds us that loving Kanye doesn’t mean we have to listen to his music. Wisdom also reminds us that just because Kanye is trying to lead worship services doesn’t necessarily mean he’s an example we should follow.

Our ultimate example as disciples is Jesus. He always modeled grace and wisdom so we should, too.

Kanye West…and All the Rest
This week, we’re talking about Kanye West. Next month, it might be another celebrity that’s an iconic pied piper influencing millions of kids around the world. The faces might change; our God-given strategy for determining our response never will.

In the end, only God and Kanye know if Kanye is a Christian. Let’s hope he is…and let’s pray he lives like it for the rest of his life.

But Mom, I Really Need My Phone in My Bedroom
The Link Between Screens, Sleep Loss and Depression…
and What Mom and Dad Can Actually Do about It