Helps and Hindrances for Teen Sleep 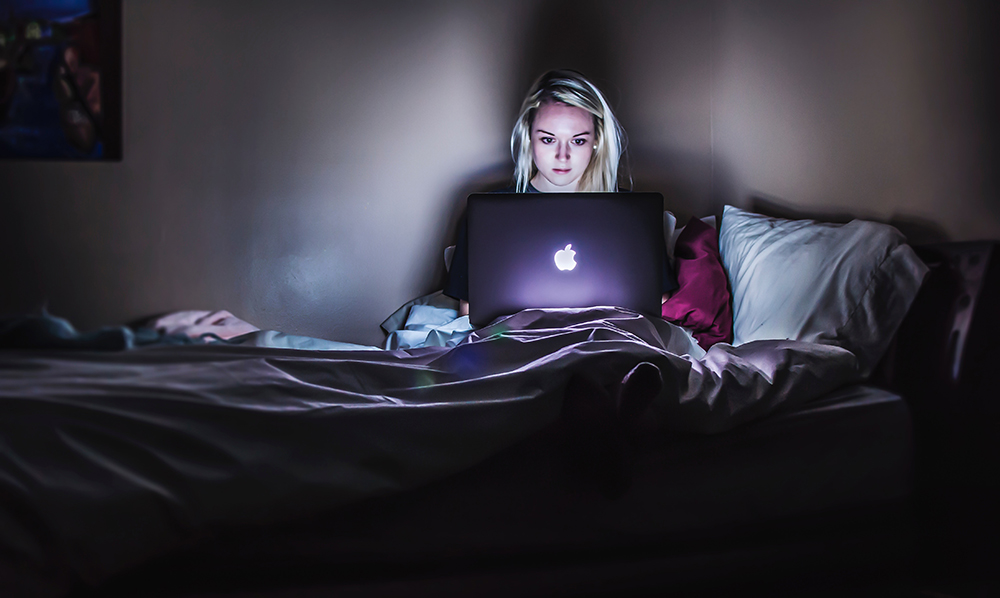 What do VHS tapes, hopscotch, and honey badgers have in common?

I have no idea. To be honest, probably nothing.

What do screen time, exercise, and sleep patterns have in common? A lot, actually! And they affect your teens’ overall health.

Less Tech; More Rec
Counting sheep may actually be an easier task than counting the research articles being produced on the subject of teen sleep and everything related to it: amounts needed, hindrances to it, impact of deprivation, and so on. For the record, experts in adolescent development have consistently claimed that teens require 9 to 9.5 hours of sleep per night. Unfortunately, the Centers for Disease Control and Prevention have found that 58% of middle school students and 73% of high school students don’t get that amount of shuteye on a regular basis. And the consequences of such sleep deprivation? Well, it’s a really long list of nothing but really bad stuff.

This month’s supply of teen sleep-related research has some good (if fairly unsurprising) news. According to data making its way across the Atlantic from Europe, researchers found that “Sleep problems suffered by teenagers can be improved after just one week by limiting evening exposure to light-emitting screens on mobile phones, tablets and computers.”

For several years now, the data has consistently fingered the blue light emissions from mobile devices as a deterrent to quality sleep. Teenagers who had four hours (or more) of screen time each day – which is millions of kids in the US – “had sleep-onset and wake-up times on average 30 minutes later than those who recorded less than one hour per day of screen time.”

Once again the research shows, limiting screen time – particularly in the evening – can greatly increase the sleep quality and quantity in our kids’ lives.

But there’s something else that can positively impact our kids’ sleeping patterns: good old fashioned exercise.

A new study released from Penn State has found that getting more exercise in just one day can help teens go to sleep earlier, sleep longer, and sleep better that same night! On average, a kid went to sleep 18 minutes earlier, slept 10 minutes longer, and had greater sleep maintenance efficiency for every hour he or she exerted physical activity during the day.

Conversely, they also found that getting less exercise in the span of a single day can negatively affect sleep quality and quantity. Lethargic teens fell asleep later and got less sleep throughout the night, again, after just one day of inactivity. This isn’t rocket science; kids who play hard are going to sleep hard. Kids who don’t, won’t.

Quick Fixes?
The importance of a good night’s sleep cannot be overstated; in fact, it’s a major piece of the parenting seminars I lead for churches around the country. Look, you know how you feel after a solid night of rest…and you know the drag you experience when you’re sleep was insufficient. Our kids feel that too, and the effects may even be amplified for them!

The takeaways from these two pieces of research are obvious. For starters, set boundaries on screen time use during these highly formative years of adolescence. And you can’t just lay down the law, you need to actually engage your kids in conversations about screen time. Just remember to adhere to the boundaries yourself; it’s hard to enforce a standard that you’re constantly undermining. Secondly, ensure your teen is getting enough physical activity each day. Again, your participation in that will only increase their success. Go for a walk together, or take a swim together…or tackle that project in the renovation backyard. Physical activity is the point; how it’s accomplished isn’t.

The great news is, these two solutions represent relatively quick fixes. Changing screen time patterns can have an effect on sleep quality in as little as one week…and getting more exercise can have an effect that night! What’s to lose? Give these ideas a shot to see how they impact your teenagers. A brand new kid might wake up tomorrow morning.