God on the Rocks 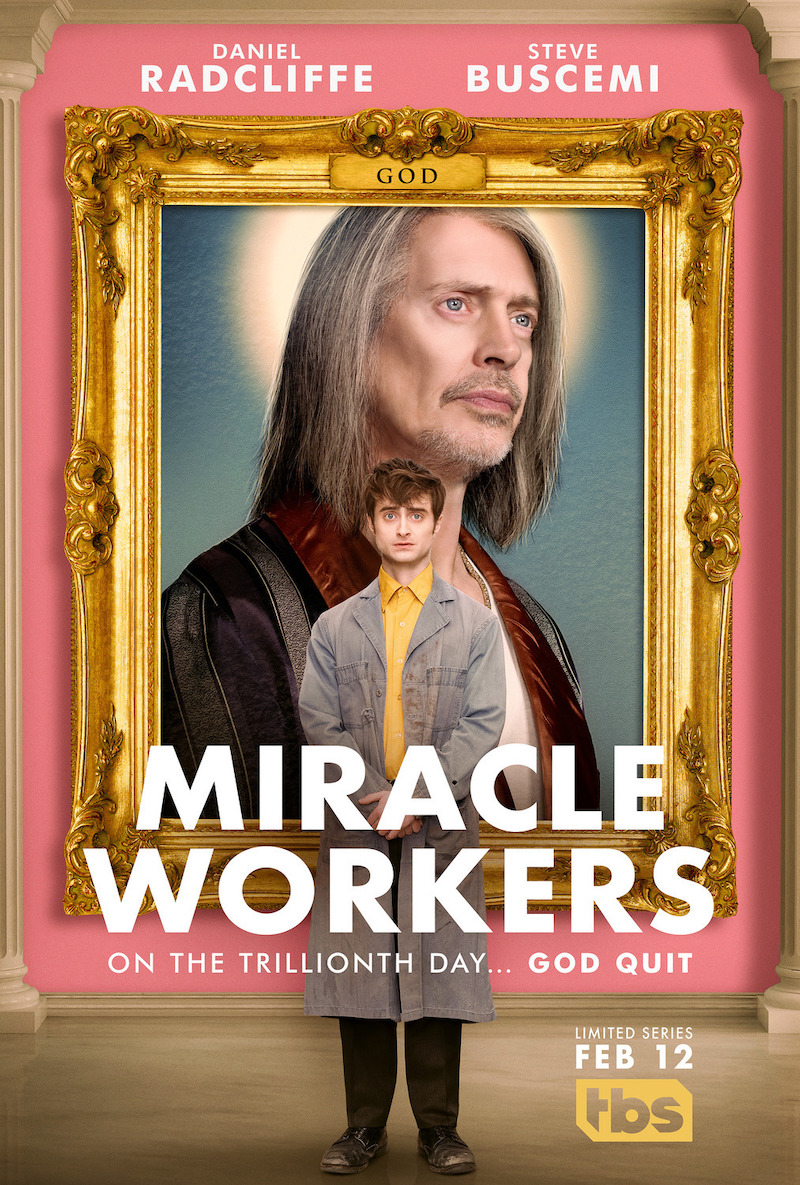 Meet God. He’s a weak, depressed, beer guzzling being with a gambling problem who’s ready to throw in the towel on the future of Earth. Oh, and He has an awful jump shot, too.

Hollywood’s View of God
The show is called Miracle Workers and the trailer for the series provides a pretty accurate glimpse of what to expect. Let’s just say that the Bible isn’t in its source material as the show depicts the goings on of Heaven and its relationship with Earth. The first episode, which can be found on YouTube, sets up the overall plot:

Earth has spiraled out of control so badly that God – when he’s not knocking back longneck bottles of beer at His frequently recurring pity parties – has decided to blow up the planet. Fortunately for us, there are a couple of angels who are willing to try and save us – from God – so a deal is struck. If the angels can answer just one of the prayers labeled “impossible,” God will have to get to work and fix Earth. If the angels can’t work a miracle, we’re all doomed.

The show stars Daniel Radcliffe (of Harry Potter renown) as an angel named Craig who grinds away in the Department of Answered Prayers, a massively understaffed part of Heaven Inc. Eliza (played by Geraldine Viswanathan) is an overachiever who’s just been promoted out of the Department of Dirt to help Craig because she’s desperate to save Earth. Karan Soni (from the Deadpool films) is Sanjay, God’s personal assistant, and Steve Buscemi serves as the Almighty…and the show’s executive producer.

The show is creative, funny to some, well done…and very irresponsible. And that’s the tough part: is it okay to watch misleading entertainment where people are going to draw inaccurate (or even irreverent) conclusions about God? What will young people take away from the show?

After watching the pilot episode, here are some of the conclusions viewers may come to:

The storyline’s total arc – and miscellaneous subplots – shows just how big of a departure this sitcom takes from Scripture. For example, the greatest misdirection is how God is personified. It’s hard to tell if He can’t do anything…or simply chooses not to. The only thing that excites Him is blowing up Earth and replacing it with an all you can eat buffet situated along a lazy river. Almost as disappointing is the idea that a couple of low-level angels seem to be the only ones on our side. Unfortunately for us, they are as inept as they are ambitious. (For example, they finally answer the prayer of a man on Earth who’s looking for his lost glove only to discover he’s the dreaded Shotgun Killer. A news anchor later reports that police can’t identify the killer because they can’t find any fingerprints…because the criminal was wearing two gloves.)

Finding a single redeeming quality about the show requires a stretch, but at least the bet agreed upon by God and His angels revolves around whether or not the heavenly servants can get two people who already like each other to fall in love. But even that goal is marred by the fact that God says the only way to tell if they’re truly in love is if they “do it” with “full sex.”

Yep, God has hit an all time low….

Hollywood’s Version of Faith
TBS’s Miracle Workers isn’t the first show to tackle spiritual matters…and it won’t be the last. In 2016, NBC launched a show called The Good Place that was nothing more than an outlandish “gospel of good works.” Hollywood loves putting their own spin on Christianity, but they almost always tarnish the truth in the process. Buscemi’s version of “God” is the latest example of this reality; it’s silly, not spiritual. But it does serve as yet another reminder of the important role we play in the lives of our kids.

For starters, we need to make sure we’re monitoring their media. Today’s entertainment media – music, movies, TV shows, video games, etc – is filled with messages that are subtle (and sometimes not so subtle). Too often, those messages aren’t healthy for our kids. So we need to do all we can to stay aware of what our kids are listening to, watching, and reading.

Even more important, we need to make sure we’re the voice they turn to with questions about faith. From time to time, everybody has questions about God, belief, the afterlife, and more; our kids are no exception! Just make sure your voice is the most consistent one they hear. (If you need a solid resource on this topic that was written with teenagers in mind, check out Christianity, It’s Like This.)

It will take a miracle to turn Miracle Workers around. Since that won’t happen, just turn it off.