Which Listener Are You? 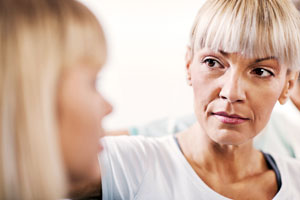 Two teenagers each sit down in front of an adult in two totally separate venues. In each situation an adult asks questions and the teenager responds.

In one of these situations the teenager is freed to express himself and literally can’t stop talking.

In the other situation the teenager clams up immediately.

Maybe you’ve experienced this. You’re trying to engage a teenager in conversation, but he or she immediately puts up a wall and you feel like you are prying answers from the kid.

Let me introduce you to the two types of listeners: the parole officer and the counselor. One asks questions in search for a violation, the other listens to understand.

THE PAROLE OFFICER LISTENER
First, I apologize to all parole officers for the stigma. I’m sure there are some great parole officers out there who really care, but I simply use the example because most people are not excited about sitting down in front of an individual who is not only going to ask them questions from a position of authority, but also has the ability to use the provided information against them! It’s a one-up relationship and in most situations, the parolee isn’t very excited to be questioned in the first place.

Questions can be great tools to engage young people, but not when you ask them like a parole officer in search of a violation.

“Where were you last night?”

“Was that boy Chris with you?”

These questions aren’t asked with the intent to get to know your kid; they are being asked to gather incriminating evidence. As soon as the poor kid answers something wrong you’ll exclaim, “Aha! I knew it!”

Did you turn in your permission slip?

Did you finish the lawns?

Did you feed Wolfgang?

Don’t ask questions like a person looking for malfeasance.

Don’t ask questions like someone who actually
uses the word “malfeasance!”

THE COUNSELOR LISTENER
Counselors bill as much as $300 per hour.

What is so special about what they do?

They listen without judgment. They sit in a chair for an hour, talking a little, listening a lot… and people pay them big bucks to do so.

Most people have to pay for this.

Funny, in the beginning of my book, Get Your Teenager Talking, I provide a handful of pointers about how to engage young people in conversation. In those first few pages I recommend a skill rarely used by parents.

The skill is this: notice.

Counselors notice. They notice body language, tone and word choice. One reason they are able to do this is because they are actually paying attention. They aren’t doing bills or putting away groceries while casually asking, “How was your day?”

Do you know the answers to these questions?

If you want to get to know your kid like this, you have to learn to approach them like someone who wants to get to know them… not someone looking for malfeasance.

Which listener are you?