When Kids Ask About… WHAT?!! 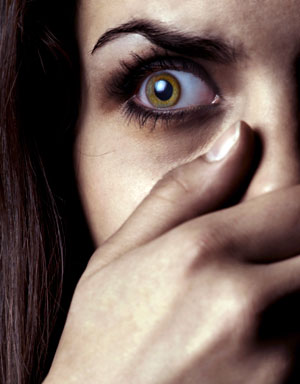 A mom in one of my parenting workshops just heard this from her daughter. Yes, I know. I probably will get complaints for just posting that question in this article. I can hear it now.

“My kids would never ask about that!!!”

Why? Because they’ve never heard of it… or because they’re too embarrassed to ask about this embarrassing subject?

Sadly, this unmentionable sex act (that I’m mentioning) is becoming increasingly commonplace in today’s culture. And no, it’s not a subject we need to bring up, because sadly, our culture is already bringing it up. Let me give you several examples.

Last week my wife and I went to see the new movie, Kingsman, starring Colin Firth (You might remember it from it’s ads during the Super Bowl). We were on a road trip and hadn’t read anything about the film; we had just seen the previews and my wife said, “I like Colin Firth.”

The movie started well, but soon grew pretty violent. Then, out of the blue, in one scene, a young man has an opportunity to save a princess. She hints that she would have sex with him if he saved her. He tells her, “Sorry, I have to go save the world.” She seductively replied:

A few minutes later he saves the world. The hero rushed back to save the princess and the film shows his point of view as he turns her over and sees her bare butt. This is all described in detail by the parent advisory section of IMDB.com as:

“A few sexual jokes and references here and there, but nothing graphic.”

Surprising? Or all too familiar?

Or consider Nicki Minaj’s hit song Only, a tune that has reigned in the top 20 of the music charts for almost 4 months now. In this song Nicki candidly discloses her lack of sexual acts with rappers Drake and Lil Wayne, but raps,

Do you think today’s teens don’t stop and ponder about this? Do you think they are silent about these kinds of references at school the next day? Are they silent when they get home?

Where do they get their answers?

Looking for Answers
Where do your kids go with their questions about sex?

Think about that one for a moment. At school they hear someone mention something about a sexual act or position. Believe me, it happens more than you think. Or they’re watching YouTube, TV, or a movie at their friend’s house and one of the characters makes a crude sex joke referencing something your child hasn’t heard about before.

What do your kids do with this partial information? Are they curious about the term they just heard?

In a recent article about kids and Internet porn, Martin Daubney shared an eye-opening experience observing sex education consultant Jonny Hunt interact about sex and relationships with a group of young people ages 13–14. To gain an understanding of what these children knew about sex, Hunt began by asking them each to write an A–Z list of the sexual terms they knew, no matter how explicit. Daubney described the group as children who “had just hit puberty and some were clearly still children: wide-eyed, nervous, with high-pitched voices. Some of the girls were beginning their first forays into makeup. Several wore braces on their teeth. Everybody was smartly turned out in school uniform.”

If only this was an anomaly.

If we ever let our kids out of the house (which I recommend, by the way), they most likely have stumbled upon references like this . . . more than we’d like, I’m sure.

Will it make them wonder?

Will they ask their friends?

Will they ask you?

Think about it. Where do they go for answers?

Sadly, the number one place young people go to for answers today is Google.

Google’s a great place to search for how to change your alternator . . . but not always so great for sex advice.

How come they don’t ask Mom or Dad?

As I sit writing this, in the last month I’ve spoken to 12- to 14-year-olds about sex twice at churches in two different states. Each time a squeaky-voiced middle-school boy came up to talk with me afterward, with specific questions, articulate questions . . . embarrassing questions. In these situations, which happen more often than you’d think, if I ask, “Have you talked with your mom or dad about this?” I always get the exact same reaction: a laugh, and then a stare clearly communicating Are you kidding?

In author Shaunti Feldhahn’s book For Parents Only, she asked teenagers about their communication with their parents. Three out of four kids in her survey said they would like to share things with their parents—as long as they were sure they wouldn’t overreact. In others words, “I’d like to ask Mom this question, but I’m pretty sure she’d flip out.”

Think about how it would look in your home.

“What!!! Where did you hear that?!! Was it Chris? I knew I should never let you hang out with that boy!”

And we wonder why they go to Google.

The plain truth is, the key to talking to our kids about sex is creating a comfortable climate that cultivates calm and continual conversations. (Nice use of alliteration, huh?) Our kids might be a little more inclined to approach us with these questions if we prove to them that we’re not only a good source for truth, but a safe source.

Are you creating this kind of climate in your home?

JONATHAN HELPS PARENTS CREATE A COMFORTABLE CLIMATE OF CONTINUAL CONVERSATIONS IN HIS NEW BOOK, MORE THAN JUST THE TALK.